Most of the actors from the upcoming G.I. Joe: The Rise of Cobra have described the film as pure unreality, even admitting to overacting just to keep up with the crazy world of the action figures. Cobra Commander himself, Joseph Gordon-Levitt, fesses up that he just couldn't take seriously his character's goal of trying to rule the world.

"Well, that movie has nothing to do with reality," Gordon-Levitt said in a group interview over the weekend in Santa Monica, Calif., where he was promoting the comedy (500) Days of Summer. "It's really just about being an archetype."

12 heroic comics and television influences we'd love to see in the new G.I. Joe relaunch
Who wanted to star in G.I. Joe, who didn't and why

The archetype of Cobra is simpler than even labels like "soldier" or "villain." "I'm just a future ruler of the world," Gordon-Levitt said. That is pretty broad.

After playing a goofy teen alien for five years on the sitcom 3rd Rock From the Sun, Gordon-Levitt chose a series of dramatic independent films that effectively forced Hollywood to take him seriously. He played an erratic patient in a mental institution in Manic, a sexually abused teenage street hustler in Mysterious Skin, a head-trauma victim in The Lookout and a soldier with post-traumatic stress disorder in Stop-Loss. So yeah, taking over the world is child's play. 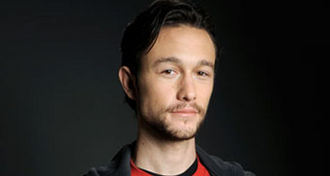 Hasbro first came out with G.I. Joe as a 12-inch action figure in 1964. The '80s saw the toy line expand—and the figures themselves shrink, to under 4 inches—and also brought an animated series about the many battles between the Joes and Cobra. The Rise of Cobra is a new live-action movie version long awaited by Gen-Xers who collected the TV show on DVD and never threw out their toys.

Gordon-Levitt has completed work on Joe and moved on to promotional duties on (500) Days of Summer and joined the cast of Christopher Nolan's secret upcoming sci-fi film Inception. He does not even know how Joe turned out. "It's not done," he said. "I haven't seen it."

He dodged any further questions. Co-stars Channing Tatum and Marlon Wayans confirmed that they worked trademark G.I. Joe toy catch phrases into the film, like references to "kung fu grip." But asked if he found any Cobra lines, Gordon-Levitt just laughed and said, "Uh-huh." G.I. Joe: The Rise of Cobra opens Aug. 7.