What's your pick for the real U.S.S. Enterprise?

Which is the real Enterprise?

That's the challenge being thrown down by filmmaker and Star Trek expert Robert Meyer Burnett (Free Enterprise), who posted the composite image below on his Facebook page.

Burnett has his own opinions on the matter, which anyone who's ever talked with him would know; after all, he helped design Star Trek: The Experience in Las Vegas. 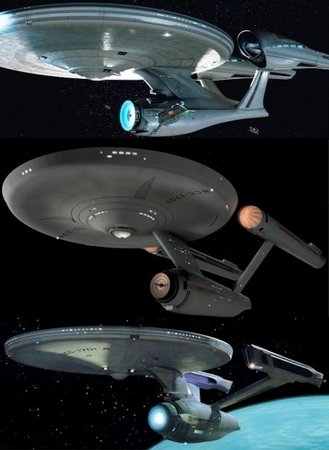