Considering that Joss Whedon's S.H.I.E.L.D. series is coming in the fall of 2013, it makes sense they'd want to round the cast out pretty quickly. Well, the pilot just filled its final opening—say hello to geek girl Skye.

Actress Chloe Bennet, best known for a recurring role in the ABC drama Nashville, has joined the pilot as a superhero fan intrigued by the shadowy government organizations they work with.

Here's the character description, via The Hollywood Reporter:

"Bennet becomes the sixth and final regular in the drama and will play Skye, a confident woman who is slightly obsessed with superhero culture and the shadow organizations that exist within it. She's edgy and can out-talk anyone with her unflappable nature." 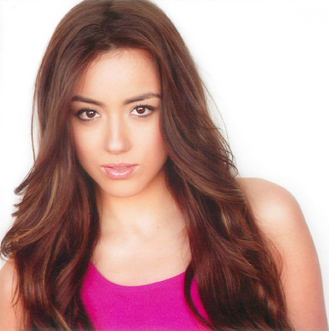 It sounds like Bennet's character will provide the "average person" angle in the series, an outsider looking into the organization. She joins Clark Gregg (The Avengers) as Agent Phil Coulson, Ming-Na (Stargate Universe) as Agent Melinda May, Brett Dalton as Agent Grant Ward, Ian De Caestecker as Agent Leo Fitz and Elizabeth Henstridge as Agent Gemma Simmons.

With the cast in place, you'd have to think we'll start getting some actual intel on the series soon as production ramps up on the pilot. Whedon is writing the pilot with his brother Jed and Maurissa Tancharoen (Dr. Horrible's Sing-Along Blog). The series will be produced by Joss and Jed, Tancharoen, Marvel exec Jeph Loeb and Angel alum Jeffrey Bell.

Do you think Bennet will be a good addition to the franchise?