Which former Chuck star is becoming a big-screen werewolf hunter?

The cast of NBC's beloved Chuck hasn't had a ton going on since the series' conclusion this season, but now at least one former co-star has lined up a new big-screen gig: werewolf hunter. So which member of the Buy More gang is it?

Vik Sahay (aka Chuck's Lester Patel) has signed on for the horror film WER, where he will play a member of a defense team who learns his client is a werewolf. 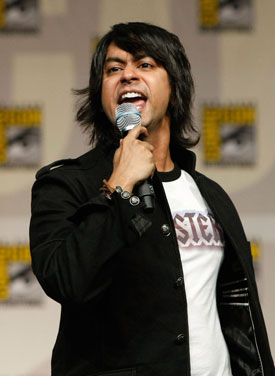 The Paris-set film follows the investigation that develops after a family is gruesomely murdered.

But the big question is this: Does our favorite member of Jeffster have the horror chops to make this work? We can't wait to find out.