Director Zack Snyder has done a lot of press for Sucker Punch, and in all of it he's been underlining the fact that his story of young mental-asylum inmates who imagine themselves as prostitutes in a brothel-prison isn't exploitative and that it's all about girl power. The director behind the upcoming Hanna takes issue with that claim.

In fact, Joe Wright—who, along with his new teenage-girl assassin flick Hanna, also directed the Oscar-nominated Atonement—calls this brand of sexist objectification "marketing bulls---." Before screening Hanna to WonderCon crowds last Saturday, Wright sat down with Movieline and let loose with both barrels:

"For me, one of the main issues in terms of womens' place in society and feminism is the sexual objectification of women. ... That's something that feminists in the '70s tried to fight against but has been totally lost in the 21st century consumer-celebrity world. So for me, when I look at the poster for Sucker Punch it seems actually incredibly sexist, because it is sexually objectifying women regardless of if they can shoot you or not. 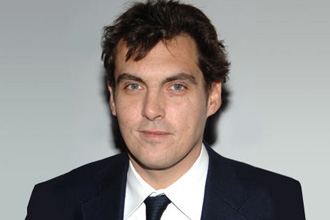 "I have a kind of immediate, knee-jerk reaction to such iconography. ... I remember when the Spice Girls came out in the mid-'90s and it was all about girl power, but one of them was dressed as a baby doll, do you know what I mean? That isn't girl power, that isn't feminism. That's marketing bulls---."

That is, of course, just one man's opinion, and he's entitled to it, just as Snyder is entitled to his. But it is worth asking yourself one question: If you were locked up in an asylum, looking for any kind of reprieve from wanton abuse and dehumanization, would you really choose a rape camp with good music as your mental escape?