Four sci-fi films that could become the next Paranormal Reality

If you find yourself in Park City, Utah, the week of Jan. 21-28, 2010, and you're not interested in any of Sundance Film Festival's "finding love against all odds" flicks, head across the street to the other indie film festival, running concurrently: Slamdance.

While there are plenty of non-science-fiction films and documentaries among the 10 narrative and eight documentary films culled from over 5,000 submissions, these are the four that stood out as the SF highlights (at least from their trailers and/or descriptions).

Paranormal Activity (screened at Slamdance) cost $15,000 and raked in $100 million at the domestic box office. Will any of these films take the baton and become the next Big Thing?

The Last Lovecraft: The Relic of Cthulhu 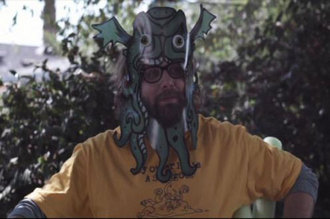 Synopsis: An ordinary guy is stuck in his boring life until a strange old man gives him an ancient relic and tells him that he's the last bloodline of H.P. Lovecraft. Directed by Henry Saine; stars Devin McGinn and Kyle Davis.

Synopsis: A man discovers a universal threat to his life, job and the planet. Directed by Buffy the Vampire Slayer's Amber Benson and Adam Busch. Stars Angela Bettis and Jonathan M. Woodward (Knox from Angel). 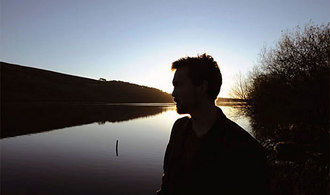 Synopsis:In a world upended by a complete breakdown of society, two couples hide out in a lakeside cabin hoping to survive the crisis. Directed by Conor Horgan. Ciaran McMenamin, Alex Reid and Rory Keenan star.