Who is most likely to die on Heroes?

Last week we reported that a Heroes shocker was in the works and an original cast member would die soon. Indeed, the Heroes writers are killing off a major character who, as E! Online's Kristin Dos Santos reported, is male and was part of the original cast.

We chatted with Heroes executive producer Adam Armus, and he says the rumor is true. "We always pull surprises on Heroes. That's all I have to say. It is an epic battle. It's an epic struggle between two very well-loved characters, and it's going to be really compelling," says Armus.

Armus added: "To say goodbye to one of those people, it's really painful for us. It's really a hard thing to do... We have a deep love for the actors and for the characters, and, you know, these are families. These are real tragedies to get over if you do kill some of these people," he says. He also promises that no actors were actually harmed in the making of the series.

So who will actually bite the big one, hit the dust, check out, take a dirt nap, kick the bucket, get taken for a ride, be sent to sleep with the fishes, end up six feet under or cash in their chips? We rounded up the most plausible theories being discussed and ranked them from most likely to least likely, along with insightful comments from regular Heroes watchers assessing the pros and cons of each: 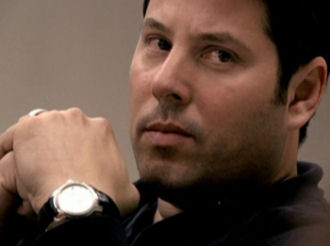 1. Matt Parkman (played by Greg Grumberg)
Why it could, should be Matt:
Smm comments, "Suppose Matt takes himself out to protect everyone from the 'evil' Sylar in his head."
CH comments, "I figure it's Matt. Once Sylar gets his memory back (and you know he's going to) he's going to want revenge on the man who locked him up inside his own mind."
Greg Hill comments, "It has to be Matt Parkman **** he's had it coming since he died in the first episode of Lost (he was the pilot). Come on Matt **** die with dignity *"

Will it be Matt? Matt's mental battle with Sylar makes him a good candidate to die. He's not already dead or dying, like other characters we could name, so it wouldn't be cheating and there would actually be a surprise if he died. We actually like Matt, but with head Sylar tormenting him, it's not looking good for him to live happily ever after with the wifey and baby. 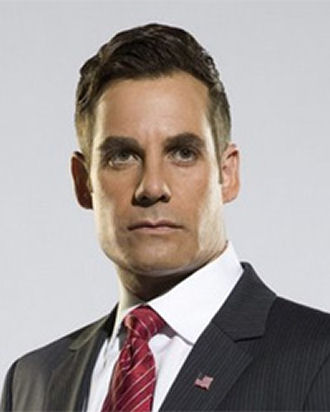 2. Nathan Petrelli (played by Adrian Pasdar)
Why it could, should or won't be Nathan:
Devon comments, "I think the obvious answer is Nathan. I mean... he's already dead. And now he's been shot up and Sylar has regained his body, and there's supposed to be this big arc with Sylar joining the circus as he struggles to remember who he is... so where does that leave Nathan? Dead."
Mamatink123 comments, "Duh, its Nathan, he no longer has a body to be in."
Jorge Jose Herrera comments, "Kristin said that it was shocking. Nathan and Hiro getting killed off is not shocking. Nathan is already dead. All they will do is stop using Adrian Pasdar. Hiro has the brain tumor, so I expect him to die soon. My money is on Peter, HRG or Sylar."

Will it be Nathan? Nathan is a popular choice, but he is indeed already dead. He died presumably for real last year, and then Nylar (or Nathan/Sylar) even was shot and buried again this last week. And since he woke up as Sylar and went to the carnival, it seems like a good possibility we might be saying goodbye to Nathan this year. Although you never know. It's not much of a surprise if either Nathan or Sylar dies, since Zachary Quinto's movie career is very hot right now. 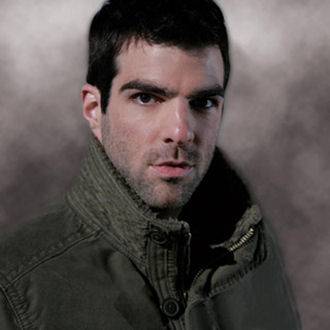 3. Sylar (played by Zachary Quinto)
Why it could, should or won't be Sylar:
Sting comments, "Everyone knows it's Sylar they just don't want to face the facts. Sylar character is pretty much at the end of his cycle theres not much they can do with him. They tried killing for powers every season. They tried good sylar twice. They tried powerless sylar. they tried unbeatable Sylar. They tried two sylars. Now theres nothing left after this story for him. It's a warp. The only other main characters it could likely be is Hrg or Peter because Nathan is dead and we would see hiro or Mohinder coming."
lethargic comments, "The rumor has been out there for a while now that Hiro will go back to save Charlie from Sylar and end up killing him, which would result in changing almost everything that has happened since the first season."
wildbuf says, "If it's Sylar or Claire remember: 'If they still have their head, they ain't really dead!'"
Meg comments, "Sylar wasn't an original cast member. He didn't show up (in the flesh) until the seventh or eighth episode and he wasn't part of the main cast until season two."

Will it be Sylar? Indeed, Sylar was talked about, but didn't show up 'til later in season one. So does he count as an original cast member? Beyond that, co-executive producer Armus states that it will be an "epic struggle between two very well-loved characters." Is Sylar a well-loved character? Or is he a character we love to hate? Losing Sylar would be a major surprise, and he's a strong possibility, considering that carny Samuel has potential to take over the villain business. And again, Quinto might just want out, making Sylar a strong candidate to die ... again. 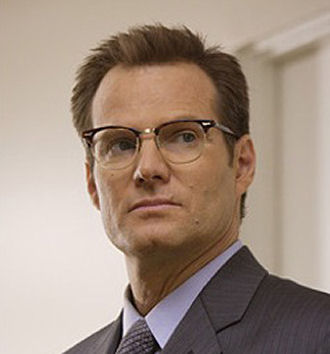 4. Noah Bennet, aka HRG (played by Jack Coleman)
Why it could, should or won't be Noah:
Doc comments, "My money's on Noah Bennet. Makes perfect sense in terms of isolating Claire."
VichusSmith comments, "I think it'll be Noah. Really, where does he have to go from here?"
Mike comments, "This thing with Hiro having a brain tumor, and Nathan's 'kind-of-dead, kind-of-not' have to be curveballs to throw everyone off the trail. Killing off Noah would be pretty huge."

Will it be Noah? While HRG isn't involved in much of anything involving an epic struggle these days, the death of his character would be a major surprise and would draw Claire back into the hero business in a flash. So perhaps that epic struggle is coming, or perhaps HRG is safe. 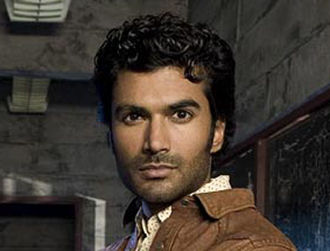 5. Mohinder Suresh (played by Sendhil Ramamurthy)
Why it could, should or won't be Mohinder:
starwarsfans comments, "Have you noticed Suresh hasn't been in ALL season? It HAS to be Suresh."
seekupjw comments, "Here's who won't be killed off: Peter, Sylar, Hiro, HRG, Parkman. The rest * crap shoot. My money is on Suresh. He's been absent from the show this season aside from Peter mentioning him once referring to his ability. He's been a major player throughout the entire series until they ruined his character a season or so ago by giving him powers and turning him into a douche. I'll bet they can't figure out how to write him in so he's out. And Nathan is ALREADY dead."

Will it be Mohinder? Oh, one can only hope, considering we've never recovered from the creepy Suresh of the past. Mohinder hasn't been around these days, but Armus promises he will return and his absence will be explained. If he returns only to get killed off, that could work, depending on how they do it and where that epic struggle comes in. Still, we're putting our money on a more major character at this point. 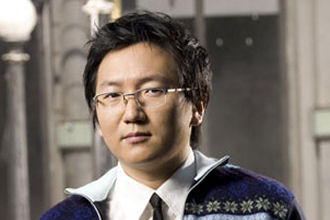 6. Hiro Nakamura (played by Masi Oka)
Why it could, should or won't be Hiro:
Heather comments, "I'm gonna guess Hiro considering he used to be a fan favorite and he has that whole brain tumor thing going on."
Vicki comments, "It must be Hiro because he's already sick. I'd rather it by Sylar though. He's so mean!!!"
Steve says, "It's Hiro...they've been saying he's got a brain tumor all season...it's a no brainer...no pun intended."
Gill Avila says, "Can't be Hiro or Ando. In the future Hiro outgrows his accent and Hiro and Ando duke it out."

Will it be Hiro? Let's put it this way: If it isn't Hiro, it's time he got better. If it is Hiro, he's been dying for a while. Again, he'd need to get into an epic struggle, but that's possible and he is well-loved. The rumor about him going back to save Charlie and killing Sylar has possibilities, and it would probably only take a drop of Clair's blood to fix him. One way or another, we think Hiro's going to stay around. 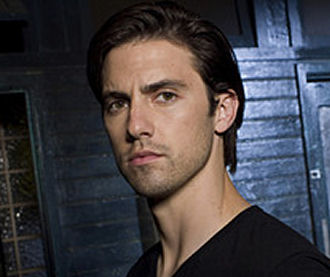 7. Peter Petrelli (played by Milo Ventimiglia)
Why it could, should or won't be Peter:
Kibler comments, "I think Hiro and Nathan would be the obvious choices, so if it's a shocking death, I'd go with Peter or HRG."
Rose comments, "I think it may be Peter. I love his character and he's been getting the shaft since he lost his powers. He did not have alot of screen time in the last few seasons, not like he did in season one. I would really miss him. I don't think Hiro because that would be too obvious. Maybe he will time travel and fix himself before he gets a tumor."
Someone comments, "Please be Peter, please, please, please!"

Will it be Peter? Well, Peter dying would be a big surprise. It'd be a little too big and it seems unlikely. However, if Nathan dies, it would have big repercussions for Peter and Mommy Dearest. 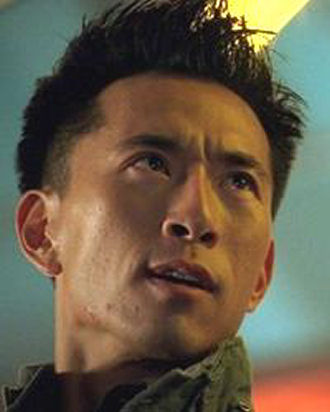 8. Ando Masahashi (played by James Kyson Lee)
Why it could, should or won't be Ando:
Nancy comments, "It's got to be Ando. He's been on since the beginning but always as a sidekick. Losing him will be sad but maybe then Hiro will learn english and no more subtitles."
OurPrecious comments, "It's going to be a cop-out and be Ando."
Trudi G comments, "I reckon it's gonna be Ando * I mean, he's all set to have a happy future with Hiro's sister, and that can't happen, lol!"

Will it be Ando? We do like Ando. But let's face it, if he died only Hiro would notice. Well, him and the people who do the subtitles.

Who do you think it's going to be?