"Whenever I read scripts, I just ask myself what can I fall in love with and what kind of enduring quality does it have?" Nutter said about what grabbed him in Eastwick. "Maybe it's something that I think is clever, that is entertaining and that the audience can really get involved with and care about. Unless you care about what's happening, nothing else really matters. I read the script: It was funny, dramatic, hit every note on the piano and something I was totally impressed with."

Based on John Updike's book The Witches of Eastwick and the Jack Nicholson/Cher movie of the same name, the upcoming TV series uses the two sources as a blueprint. In the show, three very different women in the small New England town of Eastwick find themselves drawn together by a mysterious man who unleashes unique powers in each of them.

"Having done Sarah Connor, the one thing I think is a little easier is the fact the 1980s movie was rather '80s," Nutter said in an exclusive interview. "It had that sensibility to it. Everything happened so quickly in the hour film and not one that follows the novel. As far as the series is concerned, it's about deepening, richening and making it as real as possible. What was most important was to make this a show about everyday people, make it as accessible as possible to people, make it a show about female empowerment, as well as relationships between women, and how they can deal with these abilities." 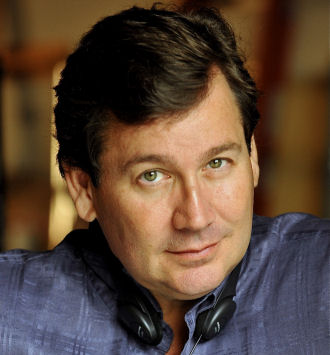 Nutter said that he sat down with executive producer Maggie Friedman after reading the script. "I talked to her about that, and she has an amazing plan for this series, one that I haven't heard in quite a while," Nutter said. "She really knows where she is taking this thing. It's definitely going to be a fun ride."

Like the movie, the TV show will include fantasy and dark comedy. "There's real funny stuff in it, as well as drama," Nutter said. "We have three women that are always trying to make it. Rebecca Romijn plays Roxie, who lost her husband and has a teenage daughter. There are issues involved with that as well as trying to make a living. Lindsay Price plays Joanna, who is that girl who never speaks up for herself or take a stand. It's about her accepting how beautiful she really is. Then you have Kat, played by Jaime Ray Newman, who is a mom with five kids and a husband trying to deal with the question of whether they got married because of being the high school athlete and the cheerleader, or was this something worth getting into?"

The show also features a prominent male character. "The Devil in the series comes in a much more interesting fashion, in the sense it's all about seduction and how he's going to seduce these women," Nutter said. "When all these women get together, they form this cone of power, so it's all about them realizing what they are all about."

What the show won't be is a clone of the WB series Charmed, despite surface similarities, Nutter said. "What you are going to learn is what the Devil's intent really is, while these women come into their own with these powers, [to] decide what they want to be when they grow up, and how they are going to incorporate these abilities," reveals Nutter. "Naturally, with that comes complications. Each of the three women do have relationships with men, whether it be from far away or close. There will be those B stories where there is an interesting foil and fun well be had."

Eastwick will be previewed at this week's Comic-Con. It will debut in the fall and will air Wednesdays at 10 p.m. ET/PT.