Why Alan Moore Should Get Over It and Watch Watchmen

The groundbreaking, iconoclastic comic-book writer Alan Moore, who had given Mick Anglo's U.K. stalwart hero Miracleman (aka Marvelman) a reinvention worthy of the Thatcherite years before reworking Swamp Thing, creating John Constantine and finishing his anti-fascist epic V for Vendetta, has no intention of seeing the upcoming film adaptation of his graphic novel masterpiece, Watchmen.

"I will also be spitting venom all over it for months to come," he recently told the Los Angeles Times.

Book vs. Flick: V for Vendetta
Every Easter egg and reference in Episode 1 of HBO's Watchmen 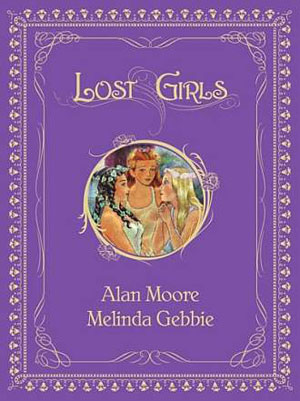 The fact that almost 1 million people are reading Watchmen and appreciating what Moore created means that hopefully a whole bunch of readers new to Moore will start hunting down Moore's other work, like The Lost Girls (about the adult Alice from Alice in Wonderland, Dorothy from The Wizard of Oz and Wendy from Peter Pan) and Promethea (about a Wonder Woman-like avatar and her human incarnations). Yeah, the Watchmen movie and its attendant hype are exactly the kind of pop-culture memes that Moore bashes in a lot of his work. But if they lead to even just a handful of new readers discovering Moore's attack on those very kinds of memesI'm thinking specifically of the Weeping Gorilla from Prometheathen maybe that would be a good thing.

2. Because James M. Cain was right. 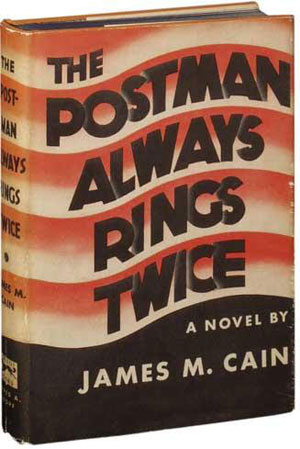 There's a famous story about how someone once commented to mystery author James M. Cain (author of The Postman Always Rings Twice, Mildred Pierce and others) that it was real shame that Hollywood had ruined so many of his novels. Cain supposedly gestured to the bookcase where he kept copies of his books and said "Ruined? They're fine, sitting right there on the shelf." No matter how much of a maggot-blasted walrus fart the Watchmen movie might be, it can't touch the original graphic novel, which will endure long after DVDs of the movie wind up in the remainder bin at Wal-Mart.

3. From Hell wasn't that bad a movie. 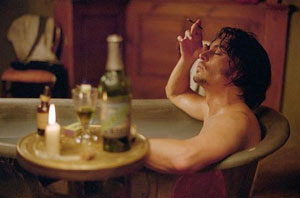 Sure, this doesn't directly address the Watchmen issue. But Moore, who doesn't like movies in general, might take a little bit of comfort on principle that not all adaptations of his work must, by their very nature, suck. The film of From Hell, Moore's massive and complex retelling of the Jack the Ripper case, as filmed by the Hughes Brothers, was a mighty fine Hammer Film-like exploration of the Victorian underbelly, even though much was changed from the source material. And hey ... the animated Justice League Unlimited adaptation of Moore's truly great Superman story "For the Man Who Has Everything" was OK, too, featuring a script by comic book writer J.M. DeMatteis.

4. The Watchmen movie can't be as bad as the V for Vendetta movie. 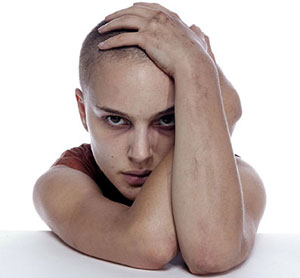 Moore's anarchistic anti-Thatcherite tirade got watered down to the point of banality in the crud-fest that was the V for Vendetta movie, which put forward the very interesting political thesis that the best way to defeat boot-stomping fascism is with boot-stomping mindless conformity. Gosh! Why didn't Hannah Arendt think of that! There's no way that Watchmen could be as bad as V for Vendetta!

5. If Watchmen is worse than V for Vendetta, it can't be as bad as The League of Extraordinary Gentleman. 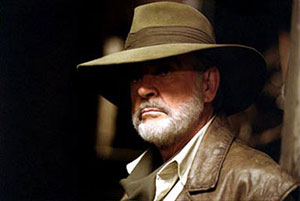 Ah ... LXG! With its hummingbird-hyper script, its inclusion of Tom Sawyer as a major character and its famously disaster-laden production, with lead Sean Connery snarking about director Stephen Norrington, "Ask me about someone I like, will you? Everyone else in the film was a pleasure to work with. Not him." There's no way Watchmen could be worse than LXG! 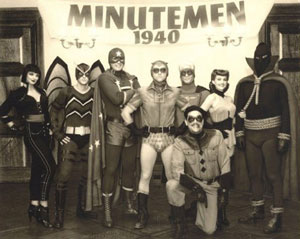 Schadenfreude, taking pleasure in watching someone else fail or being stuck in bad straits, can be kind of sweet in some contexts. As they say in Avenue Q, "Don'tcha feel all warm and cozy, watching people out in the rain?" If Watchmen is a royal crapfest, the schadenfreude is gonna be as rich and flavorful as the finest wine.

7. Moore can use his royalties from the increased Watchmen sales to help protect creators' rights. 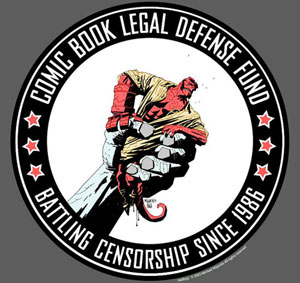 Remember the punk band Chumbawamba? In 2002, they were approached by GM to license their song "Pass It Along" for a car commercial. Being a good bunch of anarchists, they took the dough, turned around and gave the money to a corporate watchdog group that targeted ... GM. Moore has famously been grumpy with DC over ownership of V for Vendetta, as when he and artist David Lloyd signed over the copyright, they did so expecting the copyright to revert to them once the title went of out of print. Which it never has. Maybe Moore, who's said he's been keenly aware of how Superman creators Jerry Siegel and Joe Schuster and also comic-book god Jack Kirby had to fight for creators' rights, could take his Watchmen bucks and set up some kind of organization that would help creators protect themselves?

8. Moore could do his own DVD commentary track. 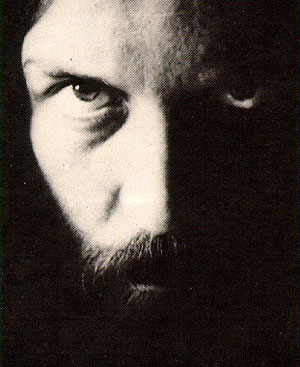 Those who are in Moore's corner would probably want to know what he thinks of the movie in detail, and hear him rip it to shreds. Maybe Moore could take a page from MST3K alum Mike Nelson's book. Nelson has created a website called Rifftrax, where you can download audio commentaries in which Nelson shreds and rips on various DVD releases in true Satellite of Love style. Maybe Moore could create his own commentary track when the Watchmen DVD comes out? If he's gonna "spit venom all over" the movie, maybe we could all join in the fun?

9. The movie might make people aware of the Charlton Comics characters Moore loves and on which the Watchmen characters are based. 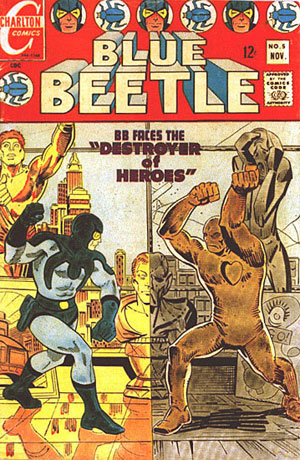 Charlton Comics fell on hard times and sold a passel of their superheroes to DC in the 1980s. These heroes, redressed, were the basis for the Watchmen heroes. The Comedian was based on Charlton's The Peacemaker. Nite Owl was based on Blue Beetle (whose 1960s Charlton incarnation was created by Spider-Man's co-creator Steve Ditko). Rorschach was based on the Question (another hero created by Ditko). Doctor Manhattan was based on Captain Atom (co-created by Ditko). Even if the Watchmen movie is an abomination, it will raise a little bit of awareness of these Charlton characters, and the work of Ditko in particular, through the media attention the movie will generate ... attention kinda like ... this article you're reading right here.