Why Diablo Cody wants to take a Breather

Oscar-winning screenwriter and self-professed horror fan Diablo Cody (Juno) wants to bring the zombie novel Breathers: A Zombie's Lament to the screen. She will produce the film version, and Geoff LaTulippe is writing the adaptation.

"It's kind of a romantic post-modern twist on the typical zombie story," Cody said in an exclusive interview Tuesday in Pasadena, Calif., where she was promoting United States of Tara at the Television Critics Association summer press tour. "I'm going to produce it along with some other people, and right now that's totally in an embryonic stage."

The CW's 'Powerpuff Girls' to star S.H.I.E.L.D. alums Chloe Bennet and Dove Cameron, plus Yana Perrault
Powerpuff Girls creator Craig McCracken on live-action reboot: 'I'm curious to see what they do with it'

S.G. Browne's novel is a love story about zombies trying to live in a world where non-undead humans are prejudiced against them. This circumvents the whole fast-vs.-slow-zombie debate.

"In Breathers, they're normal," Cody said. "They're normal people. They even go to support groups. That's why you need to read the book. It's very interesting."

A good thing, too, because Cody found herself stumped when trying to weigh in on the fast-vs.-slow debate. "That's a really good question," she said. "This is a really deep question. It's serious. I mean, I love a classic Romero zombie. That's actually impossible for me to answer. That's like the old Argento-vs.-Lewis question." 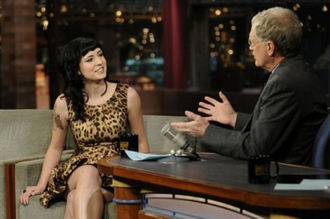 Diablo Cody on The Late Show With David Letterman

After winning the Oscar for writing Juno, Cody has the clout to produce films that interest her, and Breathers was right up her alley.

"I heard about it," Cody recalled. "Mason [Novick], my producing partner, and I, we have been looking for things to do together. We passed on so much, but when I heard 'unusual, interesting zombie book,' I was like, 'That's it.' I hope zombies aren't played out."