Why Fringe's Walternate isn't such a bad guy after all

It's easy to slap the term evil on someone who wants to destroy your universe. However, the question on Fox's Fringe of whether Walternate and the people from his universe are evil seems to pop up a lot these days. Considering that tonight's episode of Fringe is the last original for 2010, we'll likely be pondering that subject for weeks ... six weeks, to be exact, as we wait for the series make its premiere on Fridays beginning Jan. 21.

So is Walternate, the doppelganger of our beloved Walter (both played by the brilliant John Noble), evil? I don't think so. I don't even think Bolivia (played by Anna Torv)—who's left a trail of bodies in her "over here" undercover wake—is evil. (Well, she did break Peter's heart, so maybe she's a little evil.)

But let's look at it from Walternate's perspective. Not only was his son stolen, but his world is being destroyed as Walter's universe leaks into his. Hundreds, if not thousands, of lives have been lost, trapped in amber or otherwise affected. Why wouldn't Walternate believe the universes are at war? 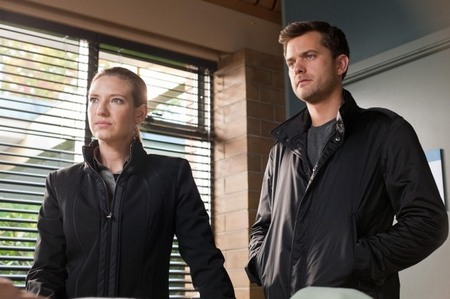 Leaders have to make tough decisions all the time. So is it really that much of a leap that Walternate would order amber to seal inhabited areas, trapping people alive in an effort to save his universe from collapsing? Or even that he would allow Olivia to be murdered so they can study her Cortexiphan-laced brain?

While we don't know for sure exactly what Walternate is up to when it comes to that machine Peter's building, we know it's likely some sort of doomsday device that will be triggered by Peter. So if only one universe can truly survive, why wouldn't Walternate do everything in his power to save his own universe, including creating a doomsday device to end the other side's universe?

The bigger question regarding the machine has to do with why Peter doesn't listen to Walter and stop building it. Whatever it is, it can't be good. But that's a different subject.

In truth, Walternate is a victim in all this, if one who is taking extreme measures to save his world. Whether or not he's also willing to sacrifice his only son to get the job done, would that make him any different than Torchwood's Captain Jack, who sacrificed his own grandson to save the children of Earth? 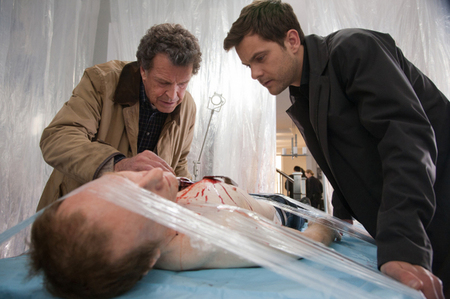 Even executive producer Jeff Pinkner has come to see Walter in a different light based on what's happened this season. "The biggest happy surprise for us is the more we started to tell stories 'over there,' the more it made us realize that Walter is as much a bad guy as Walternate."

When it comes to the morality of Fringe's Walters, our Walter may be more charming, but he's done terrible things in his past, and only one of them involved saving Peter. On the other hand, Walternate has responded to a terrible situation as his universe is crumbling around him and figured out a way to keep his universe alive.

As for the Olivias, Bolivia has seen the terrors that have been thrust upon her world. Being a good soldier, she really didn't have a choice. 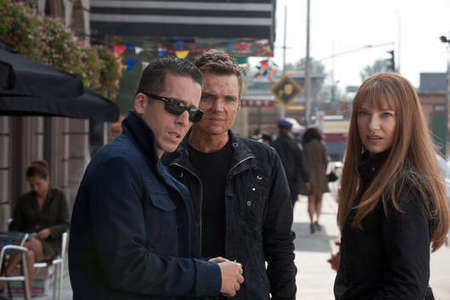 And Olivia isn't so innocent. She convinced three of the Cortexiphan-laced people to help her and Walter cross over to save Peter, and those people died terrible deaths. Olivia didn't kill them, but she was responsible. And she's directly responsible for the death of Broyles-nate in her efforts to get home. She's embraced Walter's belief that Peter is more important than any other human, and she'll do whatever she has to to save him.

As for Peter, it turns out many of the people who've died throughout the series died as a result of someone crossing universes to save him. When he really comes to this realization, it's going to be interesting to see how and if he deals with it. How would you like to be responsible for one death, let alone the end of a world or two?

What delights me is that the characters of Fringe have only gotten more layered and interesting, even as the number of characters has doubled. The wonderfully rich storytelling on the series has given us back Charlie and Lincoln, as well as powerful new versions of Astrid, Broyles, Walter and Olivia.

I see the characters not as evil, but as flawed. They are willing to cross boundaries and universes no one should ever cross, and that's what makes Fringe a great series.

What do you think? Is Walternate evil? Is Bolivia bad?