Why isn't Zack Snyder directing the 300 sequel? And who is?

While the Dawn of the Dead remake was the film that first made us take notice of Zack Snyder, his visceral adaptation of Frank Miller's legendary graphic novel 300 made him a Hollywood heavyweight. So why isn't he getting behind the camera for Xerxes, based on Miller's ancient Greek follow-up?

Before Snyder got the nod from Warner Brothers and Christopher Nolan to take charge of the next Superman film, he was fully intending to write and direct Xerxes. But now, according to New York Magazine, the Xerxes gig has just been offered to Sherlock Holmes' Guy Ritchie. So what happened?

Zack Snyder reveals more details about the 300 follow up Xerxes
Review: 300: The Complete Experience is one of the year's best

There are two theories. The first is that the Superman screenplay needs a lot of work, especially the third act, and the studio wants Snyder to focus. Time is also an issue, as Warner will lose all the Superman rights—which will revert back to the estates of creators Joe Shuster and Jerry Siegel—if they don't get a Man of Steel flick in production by 2013. 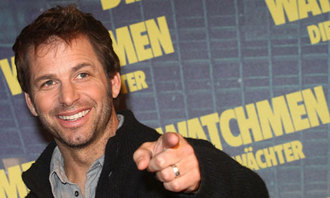 And the second theory is that, after the underperformance of Snyder's last two films, Watchmen and The Legend of the Guardians: The Owls of Ga'Hoole—and some reported studio unhappiness over recent test screenings of March's Sucker Punch, which apparently didn't go well—Warner Brothers might be putting Snyder in the Hollywood equivalent of a time out.

As for what Xerxes will be about, Miller explained the plot of the graphic novel to The L.A. Times last July:

"The time frame begins 10 years before 300 and the story starts with the Battle of Marathon, which was killer to draw, by the way, even if it was a lot of work.... The lead character is Themistocles, who became warlord of Greece and built their navy. The story is very different than 300 in that it involves Xerxes search for godhood. The existence of gods are presupposed in this story and the idea is that he well on his way to godhood by the end of the story."