How many shows (like Buffy the Vampire Slayer) have threatened us with an apocalypse only to have the good guys save the day at the last minute? Supernatural's creator Eric Kripke decided that if he was going to talk about the apocalypse, his good guys, Sam and Dean Winchester (or, well, Sam, to be precise), were going to go ahead and cause one.

Well, what's a good apocalypse without Lucifer, aka Satan, aka the devil? Presently playing Lucifer's vessel is Mark Pellegrino, a veteran actor with a long history of playing bad guys (not to mention a host of roles in everything from Dexter to the upcoming film Joint Body to ABC's Lost good guy, Jacob).

"I look at Lucifer as a good guy," said Pellegrino in an exclusive interview. "I look at any character I play as good, because I need to get behind what they're doing, however inappropriate or bad it may seem to the outside world. So, for me, Lucifer is actually seeking justice. It's a revenge story and a story of betrayal by those whom he loved and respected the most, and he wants to get back at them."

It started out being a road story about two demon-hunting brothers in a hot car, The CW's Supernatural has turned into a complex story about the very nature of good and evil, with the brothers Winchester at the center of everything. And, unfortunately for the brothers, fallen archangel Lucifer sees Sam as his true vessel, while his powerful brother, the archangel Michael, believes Dean is his true vessel. The archangels want the brothers to agree to give up their bodies while they duke it out on Earth, with the very fate of the human race at stake.

Pellegrino sees Lucifer as more honest than the other angels. "He doesn't have to really lie or cheat or manipulate anybody for real," Pellegrino said. "All he has to do is point to facts and what exists and make his case, because there is quite a case to be made against God and the archangels if one chooses to." 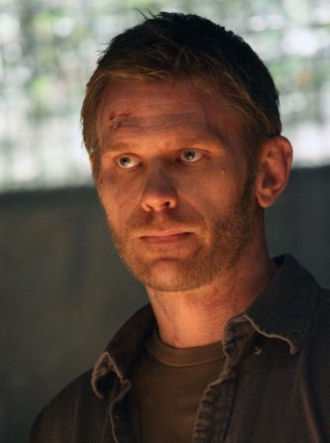 Of course, one problem with his case is that it ends with the apocalypse and the end of the human race.

"Which is ... but it's justice!" Pellegrino says with a laugh.

In fact, sometimes it is hard to know whom to root for on Supernatural, other than Sam (Jared Padalecki) and Dean (Jensen Ackles) when it comes to nasty demons, dickish angels, the four horsemen of the apocalypse and the other supernatural creatures they battle.

"That's what I like. [The writers] twist the values kind of on their head," Pellegrino says. "What we're used to in Western civilization isn't kind of what you get. ... Because the mythology is there, but we're used to Lucifer being this anti-man, which is there, this Antichrist, the anti-being, the prince of lies, and who you get is this sincere, honest, driven person, and it's a little disconcerting. I try to go for that just by being sincere and having fun and appealing to, like, Sam and Dean and to my fellow angels. Instead of being the rock star, just being the guy next door."

Pellegrino admits there are challenges in taking this universally iconic creature and making him "something that everybody can relate to and make the character accessible and relatable and sympathetic, because he does some pretty [terrible stuff]. ... It's Satan," he said with a laugh. "He does horrible things. ... He will smile with one eye and cry with the other, in a sense, in order to make it palatable."

As for what we have to look forward to with Lucifer and his quest for revenge on Supernatural, Pellegrino would only say, "There's stuff coming that I think will be fun and surprising and satisfying at the same time."