It wasn't a great night for 10-foot-tall blue aliens, but it was a historic night for Star Trek: J.J. Abrams' movie won an award for best achievement in makeup, marking the first time a Trek movie has ever won one of the coveted gold statues.

Backstage at the Kodak Theatre in Hollywood on Sunday night, Trek makeup winners Barney Burman, Mindy Hall and Joel Harlow talked about the history being made.

"I think we have a whole new generation of fans," Hall said. "And that was one of our goals. We wanted our Star Trek to appeal to the current fan as well as a new generation, a younger generation, and kind of a younger, hipper Star Trek, if you will. It's fantastic—fantastic for the whole franchise."

Over the years, four Star Trek films have received various nominations (none for directing or acting or best picture), and Star Trek IV: The Voyage Home earned four nominations in 1986, but none has ever won. Until now.

"As a makeup artist I think we all try to make people as believably realistic, whether it's a strength or beauty or some kind of extreme prosthetic makeup," Burman told reporters backstage. "We make them as realistic to the eye as we possibly can. So hopefully we never have to utilize or rely on lighting or editing to help correct our work. So I think the three of us strove for perfection, I think, every day, and with an amazing army of makeup artists that were of like mind, to make things as realistic and believable to the eye as possible. And, you know, and J.J. Abrams, God bless him, he demanded, he wanted to create a world and universe where everybody can live and breathe as though that's a real place, and I think we achieved it." 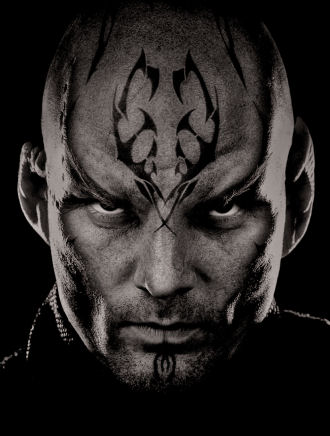 He added: "So in designing those prosthetics, we want to make a Romulan stand out as more animal, so we adjusted their brows, the bone on their nose, you know, the ridge of their brows. And then this particular band of Romulans were tattooed to sort of single themselves out from all the other Romulans."

Hall added that she was the lucky one who got to work on actor Chris Pine, who played Captain Kirk. "Chris Pine is amazing," she gushed. "He's not only a wonderful actor, he's a wonderful human being. He's a fantastic collaborator. Our entire cast surrendered themselves to us completely, which frees us up and liberates us so that we paint in much broader, stronger, fiercer strokes. When our actors trust us the way this group did ... but Chris Pine is amazing. I mean, I was all over him."