One of the biggest props still hanging around from production of Star Trek: The Original Series has been snatched up for $70,150 at auction. So what is this giant piece of expensive Trek lore?

Though it's beat-up and faded, the shuttle is still recognizable—and was used on the original series. 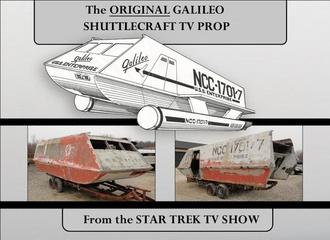 The buyer wasn't revealed, though the auction house told the Canton Rep the craft will likely be restored and placed on display.

So would you pay that much for a dilapidated old shuttle?

Yes, of course you would. And so would we.