Good news! Producer Brian Rogers says that Legendary Pictures' Godzilla—set for tentative release in 2012—will stay as far away from the 1998 Roland Emmerich misfire as possible and pay homage to the monster's Japanese roots. One way they intend to do that? Give Godzilla other monsters to fight!

"I think I can safely say that there will be other monsters that Godzilla will fight," says Rogers in a video interview with Bleeding Cool. "I think traditionally those are the kind of situations the fan base wants to see ... not having another monster (in the 1998 version) that they were fighting was a drawback more than an asset, and just having Godzilla fight the U.S. Army and everything was not in the same kind of spirit of the character."

To which we say: Yes! While the very first Godzilla back in 1954 (or Gojira, as it's properly known) is still the best and featured only the title beast, we have many fond memories of epic knockdown battles between Godzilla and any number of equally mammoth adversaries, usually in the rubble of Tokyo or Osaka. So we'd like to propose five worthy opponents that the new Godzilla movie could bring back—as well as five we'd like to make sure they avoid. Check 'em out and let us know your picks below! 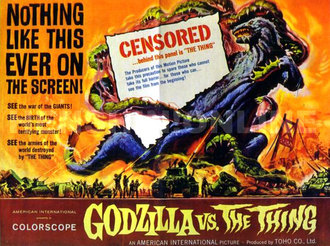 Some of Godzilla's best adversaries have been his most strangely poetic ones. Godzilla vs. the Thing (aka Mothra vs. Godzilla) brought the gigantic moth into direct confrontation with the green giant for the first time, with Mothra acting almost as a protector of Japan against the fearsome fire-breather, who would become the country's champion in later films. Mothra's mythic qualities and odd beauty, combined with her own considerable power, make her a formidable match for Godzilla's "bull in a china shop" strategy. 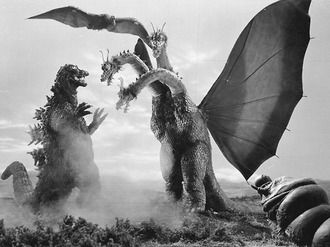 Godzilla was called upon for the first time to be a defender of Japan—and not its destroyer—in his first match-up with this alien abomination. In fact, Ghidorah is so powerful that Godzilla needs Rodan and Mothra as backup. So would you if you had to fight this triple-headed, winged monstrosity that shoots deadly beams from its mouths and can create hurricane-strength winds with its wings. Ghidorah has been in more Godzilla movies than any other kaiju monster and is kind of his archenemy—the Joker to Godzilla's Batman, if you will. 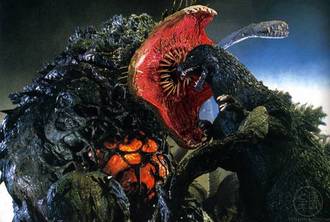 The Godzilla series was revived in the mid-'80s after nearly a decade-long hiatus, and one of his most unique foes showed up in the second film to emerge during that period. Initially the result of a failed biological weapon experiment, Biollante is a combination of Godzilla's own cells mixed with DNA from both a human being and a rose. Literally a giant rose at first, the thing soon mutates into a many-tentacled, toothsome maw with a vicious acidic spray. Biollante mutated again later in the series to possibly become Space Godzilla—although that theory is still open to debate. 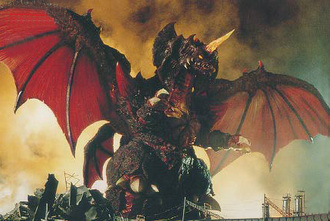 This is the beast that Godzilla fought to a tragic finish in their single screen match-up. And what a match-up it is: Godzilla takes quite a beating from Destoroyah, who can fire micro-oxygen beams from its mouth, split into six different smaller creatures and then regenerate, and emit a laser that slices through Godzilla's armored flesh like a scissor through paper. In a bitter twist, Destoroyah is created as a side effect of the Oxygen Destroyer, the weapon used to kill Godzilla in his very first movie. While Godzilla is ultimately victorious, the battle is costly: He dies in this movie—no big spoiler, since Toho Studios brought him back five years later. 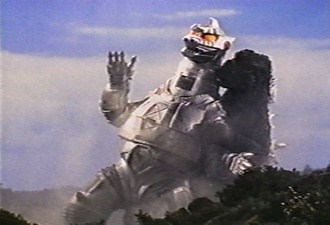 One of Godzilla's most powerful foes, this mechanical version of Big Green is also one of his most popular and deadliest enemies: Mechagodzilla has come close to wiping out the flesh-and-blood version several times. First seen sheathed in fake Godzilla skin, its true robotic appearance eventually came to light (even creepier, a later version of Mechagodzilla was built around Godzilla's encased bones). Mechagodzilla in its various incarnations has displayed a stunning array of weapons, including a mouth-emitted optical beam, missile launchers, plasma grenades, laser cannons and force fields. Only flaw? This thing probably needs a LOT of gas. 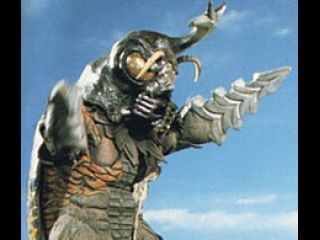 You could tell the original Godzilla pictures were running on radioactive fumes by the time the woeful Megalon was introduced in the 13th feature film, widely regarded as a series low. This so-called god of an undersea civilization boasts one of the series' worst rubber suits, and his powers include shooting a beam of energy from the horn on his head and using his clasped claws as a kind of drill to burrow into the earth. Go ahead and burrow away, Megalon ... and stay down there. As if Megalon wasn't bad enough, this entry also introduced the shameful giant action toy Jet Jaguar. 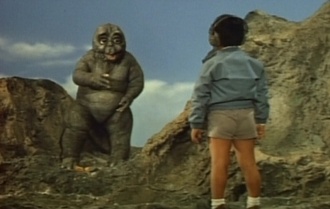 Some of the worst Godzilla monsters showed up in films starring Minilla, Godzilla's endlessly irritating son. In Godzilla's Revenge (known in Japan as All Monsters Attack), some annoying little brat imagines himself palling around with Minilla on Monster Island. Their foe? The dumb-looking Gabara, who looks like a troll with orange fur and horns on his vaguely catlike head. Minilla and Godzilla both fight him, teaching our hero an important lesson about fear. The lesson we learned? Stay as far away from this movie as possible. 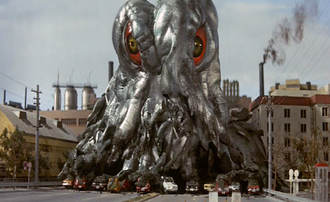 Godzilla vs. Hedorah (original Japanese title) introduced the title villain, a space creature that is both formed out of pollution and nourished by it. Hedorah has many different shapes—in the water he looks like a giant tadpole, in the air he becomes a sort of gliding saucer of goop, and on land he resembles a massive tower of sludge (which he can also spit at our hero). All are vaguely ridiculous and are meant to hammer home the movie's hamfisted warning about the environment. Actually, perhaps Hedorah isn't that bad—maybe it's just the movie's unlistenable theme song ("Save the Earth") that has got us in a bad mood. 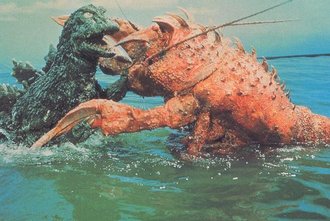 Ebirah, Horror of the Deep is the cool original title for the seventh Godzilla flick, but it boasts one of his lamest enemies: a giant shrimp. Godzilla makes short work of him, first blasting him with his atomic breath and then ripping his claws off. All the big lizard needs is some cocktail sauce and he'd be ready to go. Somehow Ebirah made cameo appearances in two more Godzilla movies (Godzilla's Revenge and Godzilla: Final Wars), but that's two too many for this undercooked appetizer.

Where to watch every Godzilla movie ever made
Godzilla vs. Kong has no post-credits scene for two very good reasons 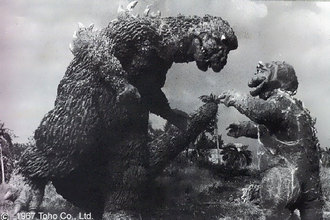 Didn't we tell you that movies starring Godzilla's offspring feature incredibly cheesy monsters? Say hello to Kamacuras, a species of giant praying mantis (mantises?) that pick on Junior until Daddy shows up to straighten them out. Son of Godzilla also introduces a giant spider named Kumonga, but all these silly giant bugs just make me wish the Japanese would invent a super-sized can of Raid already.