YOU can help get Resident Evil's Wesker on The Walking Dead

Not content with his two favorite zombie franchises out there ambling along in parallel, one zealous fan would like to see a Walking Dead and Resident Evil crossover of sorts—and you can help make it happen.

Fans of actor D.C. Douglas, best known as the voice behind the ultimate Resident Evil baddie Albert Wesker in the long-running videogame series, have kicked off a petition to convince producers of AMC's Walking Dead to give Douglas a cameo.

9 zombie-killing ladies we want on our side during the apocalypse
Paul Haddad, original voice of Resident Evil's Leon Kennedy, dies at 56

"It started as a simple question on Twitter. [A fan] Nathan asked if I had ever been on The Walking Dead and I told him I haven't," Douglas told SF Gate. "When he enthusiastically said I should be on the show, I joked back that I'd sign a petition like that. Next thing I knew, there was an actual petition!" 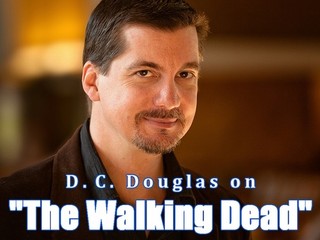 Douglas has also voiced Legion in Mass Effect 2 and 3, and has recently had some television cameos on ABC's Castle and NBC's 2 Broke Girls.

The petition has just 401 signatures to date, but Douglas said he hopes it will at least get some buzz going so he can use his evil skills on the AMC series.

"I have no idea if it will work," he said. "But I'm tickled some of my Twitter fans are augmenting my agent's job! They have a special place in my cold, black heart. Zombie fans unite!"

Sound off: Would you like to see Douglas go ambling by at some point in season three of The Walking Dead?