Zombies have existed in one form or another for centuries but really came into their own with the release of George Romero’s 1968 film Night of the Living Dead. Romero’s shambling, flesh-hungry ghouls defined the genre while continuing to evolve through subsequent films.

The third installment, Day of the Dead (1985) — once thought to be the endcap of Romero’s series before his return in 2005 — is getting a makeover in the form of a television series of the same name. Premiering on Oct. 15 on SYFY, Day of the Dead follows six strangers in a small town as they attempt to survive the first 24 hours of the zombie apocalypse.

Swallowed by sinkholes: The science behind 'La Brea'
Yes, it turns out if you die in a dream, you could die in real life. No one tell Freddy.

While reimagining Romero’s original film, the base assumptions remain the same. The dead are rising, and they’re hungry. But could something zombie-like actually exist and would they be a threat? 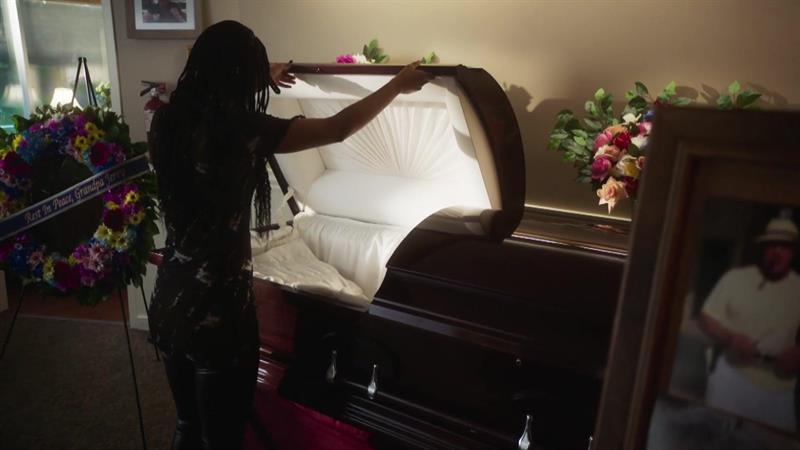 A COCKTAIL OF SYMPTOMS

If you want to build a zombie hoard from scratch, you’re going to need a few key ingredients: cognitive decline, transmissibility, and a hunger for people’s meaty bits. There’s no known pathogen, chemical, or radioactive substance capable of turning human beings (dead or alive) into rambling monsters ravenous for human flesh. Yet, there are a combination of ailments that could get you to something functionally equivalent.

We can check off two of our boxes with just one virus: rabies. Cases of rabies in humans are relatively rare, particularly in parts of the world with robust healthcare systems. In the United States, for instance, only 25 cases have been reported in the last decade and instances of human-to-human infection are rarer still.

The symptoms of rabies, however, make it a good candidate for a zombie-like disease for a few reasons. Should you ever find yourself in the presence of a rabies-infected animal, you might catch a glimpse of behaviors similar to 28 Day’s Later’s rage virus.

The incubation period lasts anywhere from 30 to 90 days, a good sign for those survivors of the zombie apocalypse. There’d be plenty of time to isolate infected individuals and stop the spread of the disease. In order for this to end the world in a thematically satisfying way, we’d have to modify the disease to have a faster incubation period.

The virus travels from the bite location to the brain by traveling along the nerves. As a result, the incubation period can be shorter if a person is bitten on or near the head, shortening the path to the brain. Check one off for the zombies.

Once at the brain, the virus multiplies rapidly causing inflammation, before traveling to the salivary glands. Here we see the tell-tale foaming at the mouth, often accompanied by aggression and a desire to bite.

This behavioral change may be caused by molecular binding of receptors in the brain which impact behavior. The rabies virus is genetically small, with only five genes, but somewhere in that code are instructions capable of modifying the behavior of the host to maximize the chances of being passed on. Because rabies is passed through bites, making a host more likely to bite makes evolutionary sense.

Rabies gets us most of the way there with confusion, aggression, and the desire to bite others, but in order to make it an apocalypse-level threat, it needs to be much more transmissible. Either it needs a much shorter incubation period, on the order of minutes, or it needs to go airborne.

A study conducted by the Johns Hopkins Center for Health Security in 2018 noted that the most apparent transmission method of pandemic-level pathogens is not blood or body-fluid vectors like Ebola but airborne respiratory droplets. A conclusion that has been borne out in the years since its publication.

As most cases of rabies in humans come from bats, we might imagine a horrifying scenario in which zombie bats take the skies to eliminate humanity once and for all. On second thought, let’s not think about it.

If a virus with rabies-like symptoms found a way to make itself airborne, we might be in a heap of trouble. The key difference would be that these zombies would be living people, necessarily. Pathogens, for the most part, like to keep their hosts alive at least long enough to pass themselves along.

Supposing we did find ourselves at the mercy of a pathogen like the one described above the zombies themselves might not be your biggest hurdle.

Preventing yourself from becoming ill would be a challenge, as is the case during any pandemic event. You’d want to keep your distance from infected individuals. Face coverings would be a good idea. In fact, covering everything in any sort of bite-resistant material would be advisable. Even if bites weren’t the transmission method, human mouths are notoriously dirty. Something to be avoided when folks are feeling bitey.

The upside to a population of folks infected with a mutant rabies virus is they won’t be active long once symptoms set in. Studies have indicated infected individuals may be contagious prior to the onset of symptoms, but once they set in, they don’t last long. Rabies-induced encephalitis knocks people down pretty quickly and some are even docile during this stage of the disease.

Should you find yourself in the midst of a true zombie apocalypse, the type with monsters of the literal living dead variety, you’d be even better off. In the open air, depending on your particular climate, bodies decay more quickly than you might suppose.

As a body decomposes, the bacteria inside it emit gases. Within a few days, it begins to bloat. This would make your zombie even less mobile than it already was. In a warm environment, insects would join the party, consuming the tissues along with the bacteria. Water loss would cause the body to dry out, becoming brittle.

The question of how a corpse moves at all without any metabolism or cellular activity aside, the body would become so fragile it could break down under its own weight. After a few weeks, the nails and teeth fall out. Good luck grabbing or biting anyone without them.

Unless your zombies take a quick jaunt to the mortuary for embalming, before long the biggest risk will be the spread of more ordinary diseases from the countless decomposing corpses strewn about. A zombie outbreak, if it ever actually happened, wouldn’t last very long.

Here there be zombies! Download SYFY's free app to watch full episodes and get down with the sickness.