The Expanse is a display of scientific accuracies and political complexities, but we're here to highlight all the random things that you never knew other people thought about too. Below are some moments from Episode 12 that made us giggle, cry, and contemplate life (potentially all at the same time)! Tune in for all-new episodes of The Expanse, Wednesdays at 9/8c.

1. The Slap Heard Round the World

"I shouldnt have done that." We completely disagree, Anna.

Huge curveball that Melba now owes her life to Anna.

Just want to take a second to give a quick shoutout to the method of unplugging things. Because it fixes EVERYTHING. Naomi gets it.

Diogo was annoying AF this entire episode, but we are not letting the worst burn of the show's history go unnoticed.

We lol'ed at this entire scene. When Diogo told Naomi she's under arrest, we were 85% sure he was going to launch into a naughty cop routine.

When you rehearse an entire argument in the shower and it quickly gets shut down....highkey bummed for Naomi.

7. I Don't Know What that Means

MOOD. Ashford having no idea what the tech jargon means is all of us (and all of our moms).

If looks could kill.....Anna and Melba would both be dead. We are LIVING for this relentless side of Anna.

9. Walking to the beat of her own Drum.

Okay Drummer is a legend for bouncing back so quickly (without a spinal chord??), but she's clearly still gotta break those bad boys in.

Why are we crying in the club right now??? This is the Holden Naomi reunion we needed. We need more of this love during the Season Finale! 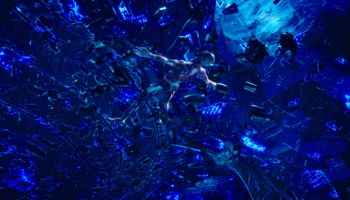