Breaking Down The Magicians WonderCon Trailer

The Magicians came into Wondercon firing on all cylinders, and with only 3 episodes left in Season 2, the magical poop emoji is about to hit the fandom. You're excited, we're excited, everyone's excited; and with this important new trailer for the last 3 episodes we're all speculating. Watch this trailer and then let's get to work breaking it down: 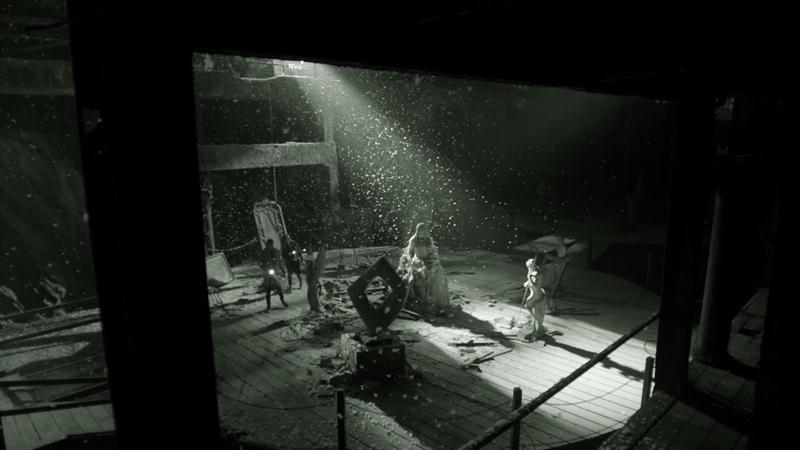 What's going on with Julia? The last time we saw something glowing from within her The Beast was tempting her with a timely Shade removal. Could Julia be getting her shade back?

What is that glowing eye?

Oh right, it's a freakin' dragon. Dragons are coming, although to be fair, this is an epic fantasy. Dragons were really only a matter of time.

Quentin and Julia standing outside of a contraption, which looks like it contains someone with Niffin-like energy. Let's go in for a closer look.

Alice is having a serious case of the Mondays. Like for real. And a person who looks like a younger version of Alice clearly doesn't know how to handle it. Moving on.

On to Fillory. Looks like some sort of Fairy realm. Quite mossy, but a fairy realm nonetheless.

This is a tough one, but it looks like Penny and someone we can't quite make out are in a mysterious location in need of some serious dusting.

Back in a Fillory, and all its green verdant splendor . . .

Winter is indeed not only coming, it has arrived.

Julia has a blade. For those of us that remember Julia's brief ownership of the Leo Blade, nothing good can come of this.

Kady and Penny getting it on. Even odds that this ends in some sort of floaty sexy time.

Now, this is interesting. Ember is back, but who is that mysterious man, err, being he's choking? Who else do we know that also has ram's horns? Hmmmm.

Looks like even Mayakovsky can't help prevent a complete and utter magical explosion from with the Alices box.

Fairies. Lots and lots of fairies.

Did you notice something in the trailer that we missed? Let us know on Facebook, and in the meantime watch Jason Ralph and Stella Maeve bask in the warmth of the Wondercon fantasy glow. And then check out Showrunners John McNamara and Sera Gamble talk the end of Season 2