Seven Reasons Why Eliot and Margo are the Perfect Duo

Eliot and Margo have been an iconic pair since they appeared together in the very first episode of The Magicians. Five seasons later, their unbreakable bond continues to be defined by loving affection, warm-hearted nudging and fun banter that we – the fans – have come to know and love.

There are so many incredible moments shared between them, it was hard to pick just a few, but we tried! Just in time for Valentine's Day, a day dedicated to love in all its many forms, here - in no particular order- are seven amazing Eliot and Margo moments. We hope you love these memories as much as we do!

1. Season 3 Episode 9: They're Committed Through the End

Even in the face of death, Eliot and Margo stay cool, calm and collected. Like the time they were aboard the Muntjac racing toward the infinite waterfall. Eliot told Margo he loved her, and she replied, "I know". They shared a smile, taking what could have been the end in stride, together. The way they genuinely share love and laughter with each other in the face of death is amazing.

2. Season 3 Episode 6: They Have Great Communication

When the going gets tough, Eliot and Margo talk. Like the time they had to figure out how to deal with Margo's psychotic young suitor, while thwarting an impending Fairy attack at the same time. Instead of letting stress get the better of them, they devised a plan during a carriage ride. We marvel at how the pair went from being glamorous, snarky college students to royals who have depth, character and no time to bicker when problems need solving.

3. Season 2 Episode 6: They Right Their Wrongs, Together

When they give each other bad advice, Eliot and Margo aren't afraid to confess their mistakes. Like the time Eliot encouraged Margo to marry Prince Ess, but then realized it was too much to ask her to marry someone she doesn't know. He took back what he said, and they later had an insightful conversation about Thai food.

When nemeses show up, Margo and Eliot go to bat for each other. Like the time Eliot was possessed by a terrifying monster. Margo tried countless ways rescue Eliot from the Monster's possession, including traversing the desert to secure demon expelling axes to free her bff's soul – proving that they're willing to do whatever it takes to save each other.

5. Season 5 Episode 4: They Compliment Each Other

We appreciate the moments when this duo simply takes the time to lovingly compliment one another. Like the time they were having a serious chat about the Dark King and Margo interrupted to tell Eliot his outfit looked great. She liked his new leggings and how they showed off his "legs for days". It was so very sweet.

6. Season 3 Episode 13: They Party Like the World Depends on It

There have been so many instances when Eliot and Margo found humor amid the insanity that is magician life. Like the time when Margo endured the horror of losing her eye. Eliot encouraged her to laugh, cry and party like the world depended on it. "'Cause Bambi-one-eye, it do."

They're friendship goals because so support each other no matter what. Like the time Margo shockingly and unexpectedly declared war on the Lorians without consulting with Eliot. Eliot was hesitant but respected her plans. Later, when Margo was honored as the first elected High King in the history of Fillory -- an election he thought he would win -- Eliot bowed to her greatness.

All this Eliot and Margo talk has us jonesing for more moments from this impeccably dressed duo. You too? Thankfully, the love fest continues with this magical video made with love. 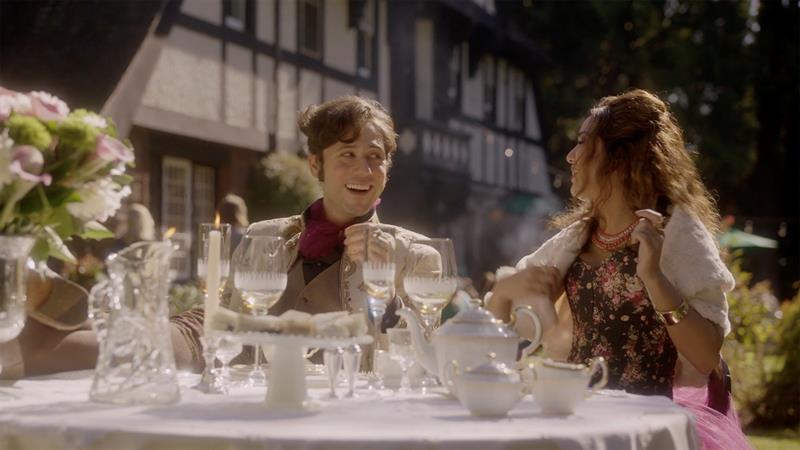 The adventures of friendship and love continue when all-new episodes of The Magicians air Wednesdays at 10/9c.