Just in time for the Season Finale, SYFY has renewed its action-horror series Van Helsing for a fourth season. The hour-long drama wraps up it's Season 3 run on Friday, December 28 at 10/9c, and will return in 2019 with 13 all-new episodes.

Van Helsing is a total re-imagination of a timeless brand, set in a world dominated and controlled by vampires. Season 3 continues the story of Vanessa Van Helsing and her band of heroes as they fight to reclaim the world after Vampires took over during "The Rising".

As we anticipate Season 4, you can catch all episodes from Season 3 here. 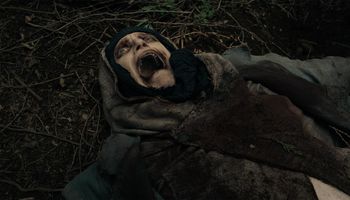