All News
Wynonna Earp Hero of the Week
Waverly Earp

This week, we salute Waverly Earp for her brains, bravery and evolution throughout the last three seasons of Wynonna Earp. Here's 5 reason's why she's SYFY's hero of the week!

No, really, she's an actual angel but she's still really down to Earth. In Season 3 we found out that Waves' real dad was an Angel named Julian but that didn't stop her from being BFF's with Jeremy, an awesome girlfriend to Nicole and the BEST sister in the world to Wynonna. Leave it Waverly to find out she's basically royalty but then carry on like it's NBD. #herogoals

2. She uses her forces for good, not evil!

Remember how Bulshar wanted to raise heck on humanity but our girl Waverly was like, "Nope!" And then, in a feat of angel strength, Waverly pulled her daddy's ancient sword from the stone steps and named Wynonna the chosen savior so Wynonna could take down Bulshar? We recall the moment clearly and it was brave in all the right places. Missed the episode? Check out the photo recap! 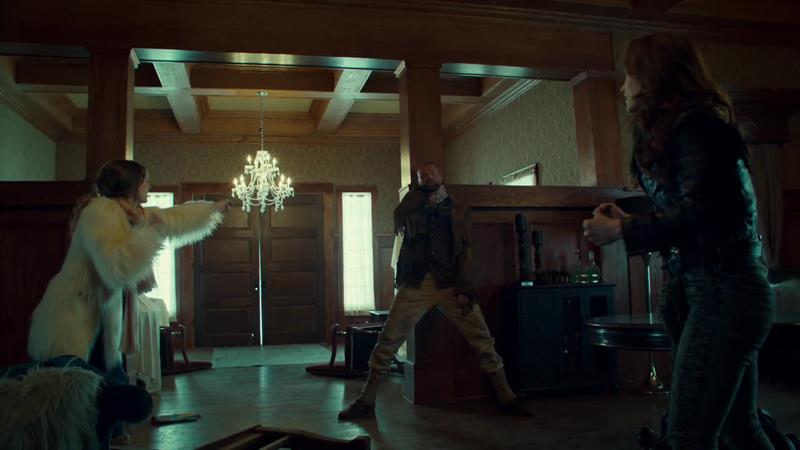 Fierce enough to take down a radioactive Revenant, in fact!

4. She sticks to her convictions!

Personally, we wouldn't cross Mama Earp who proudly slaughtered a turkey (with her own two hands, guys!) but Waverly's got guts. Cranberry sauce and fixings be damned, she proudly proclaimed: "I'm vegan!"

5. She's all about personal growth Baby Girl's come a long way since her bartending days at Shorty's. Our favorite kid sister has grown up to be a tough as nails demon-fighter within her own right. But don't take our word for it, check out the video above to see the cast of Wynonna explore the evolution of Waverly Earp.

See more of Waverly and the rest of the Earp crew when all-new episodes of Wynonna Earp return in Summer 2020! 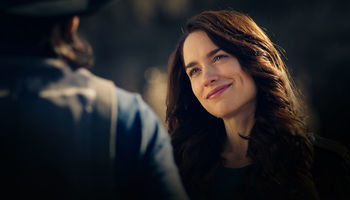