Actors get all the glory, so today, we're giving The Creeper his due credit, dammit. Here's five fun facts about the monster behind the movie.

While he mostly whistles (creepily) in the films, in a deleted scene from the first Jeepers Creepers (seen here), The Creeper actually spoke.

2. Where did you get those eyes?

Jonathan Breck, who plays The Creeper, was temporarily blinded while wearing the contact lenses that gave The Creeper's eyes their signature dead look.

Speaking of Jonathan Breck, he once appeared in an episode of Star Trek: Voyager. He played a dying Borg who's illness prompts an unusual moral dilemma. 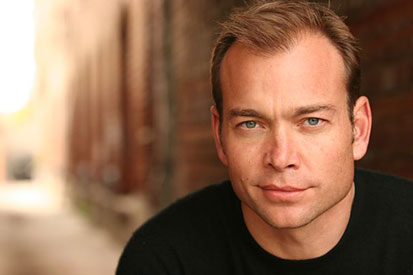 When Jonathan Breck auditioned to play The Creeper, it scared director Victor Savla so much that he basically cast him on the spot.

Breck is no slouch but the role of The Creeper could have gone to Lance Henriksen. Victor Salva says that he originally wrote the character with Henriksen in mind.