The Box: 5 Things You Need to Know

We wanna tell you a story about the origins of a 2012 movie called The Box. And faster than you can ask, "Wait, what's The Box?" here's the trailer to remind you:

Now that we're all on the same page, here's five fun facts to unpack (see what we did there?) about this film.

1. The movie is based on a 1970s short (as in 6 pages short) story called "Button, Button", written by Richard Matheson. 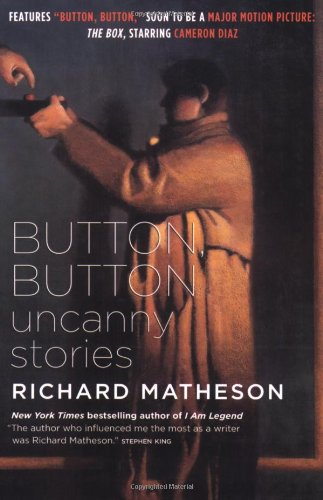 2. Although the director of The Box chose to keep the setting of the movie the same as the setting of the story - 1976 to be exact - he upped the money amount from $50,000, as it was written in the short story, to $1 million dollars, in the movie. Because, suspense!

3. Before it made it to the big screen, "Button, Button" was adapted into a 1986 episode of The Twilight Zone which Richard Matheson also wrote. Although he wrote the episode under the pseudonym Logan Swanson because - well, actually we don't know why he did this but anyway, thanks to the Internet, you can watch the episode here:

4. Filmmaker Richard Kelly likes to keep stuff original, but "Button, Button" inspired him so much that it became the first creative project he'd ever worked on based on someone else's material. He said it took him years to come up with a way to flush out a six page story into a feature length film.

5. In the original short story, the couple, Norma and Arthur Lewis (Heyyy, Cyclops!), lived in NY but Richard Kelly decided to set the film in 1970s Virginia because it's where he's from. Virginia-- hence Cameron Diaz's gorgeous accent in the movie.

You May Also Like
Recommended by Zergnet
Latest Posts

5 years ago
See All Videos