In honor of Krypton's Season 2 finale, we had a chat with Ann Ogbomo (Jayna-Zod) to talke Dev-Em, fight scenes and favorite scene.

SYFY:  As an actor, how do you prepare for emotionally challenging scenes such as the one you had with your on-screen daughter Jayna, where you had to tell her that Seg died on Wegthor?
Ann Ogbomo: I think it's good to come at emotional scenes from a place of relaxation and openness, so I just make sure I am physically and mentally free to imagine whatever is required of me.

SYFY: If you ever ran into a creature such as Doomsday in real life, what would you do?
AO: Curse the power of the imagination and hope that Adam's zeta beam was very close by. 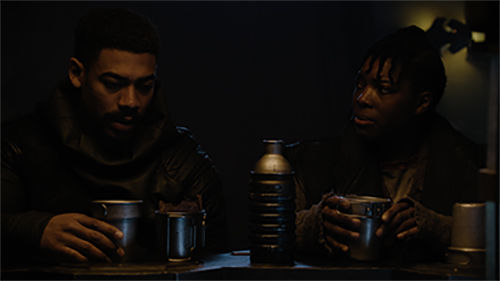 AO: I don't think 'dating' is in either Jayna's vocabulary or mind. She's definitely not dating Dev. She's too old and grief stricken for that. Whatever is going on between them, and I don't quite know what it is, runs much deeper than the idea of dating. Perhaps they are two people who have lost a lot, seen a lot and share comfort in their isolation. So, no, I don't think she feels guilty, as I am not entirely sure she even knows what's going on.

Also, I don't really see Dev as Ltya's ex-boyfriend. I see him as a former student and adopted son almost, so that's weirder to me than the whole ex thing. We are all still working out what this new relationship is. Whatever it is, it's going to be a very slow burn.

SYFY:  We watched the episode on bated breath, because there was so much suspense. On a scale of 1 - 10 how great was your anxiety while reading the script for the Season Finale?
AO: Probably 0 There's nothing better than taking down the bad guys.

SYFY: Did you have a favorite episode / or scene this Season? If so, which one and why?
AO: There are many episodes and scenes I loved. However, top faves have to include the storytelling of Flamebird and Vohc in front of the fire, because nothing beats a fire or reflecting on creation and how we came to be.

SYFY: Besides your own, which other character's strength do you admire in Episode 210?
AO: If I remember Episode 10 correctly, it would have to be Kem otherwise in the series it would have to be Jax-Ur for me. While I don't agree with what she does, unfortunately, I do agree that it's the only way to deal with someone like Zod.

SYFY: Your character is a skilled fighter, but we've also seen a softer side of Jayna in Season 2. Which scenes do you prefer to film? The emotional or physical ones? 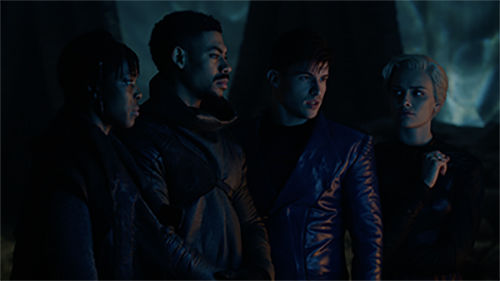 AO: I would have to go with the physical ones. Emotions are not always nice to experience whereas fight scenes are always a joy.

SYFY: As the grandmother to General Zod, how do you feel about Seg and Lyta's choice of discipline for Dru at the end of the episode (i.e. making him a host of Black Mercy)?
AO: NO mercy would have been my choice.

Missed any of the Season 2 action, watch it now!