When you hear about the history of space science and space exploration, it often seems like a laundry list of men and their achievements. The fact is, though, women have been doing science and making breakthroughs as long as there has been such a thing as science. History is often written by the winners, which in the case of a patriarchal society is pretty much automatically men, but recently more and more books have been emerging chronicling how women contributed to the space race and our understanding of the stars.

This is a list of books about just a few of the women who helped us survey the stars and reach them for the first time. These are stories of triumphs but also rejection due to rampant sexism. We’ve got a long way to go before the genders are truly equal, but reading these stories and understanding how women contributed to space history is a start.

Hidden Figures: The American Dream and the Untold Story of the Black Women Mathematicians Who Helped Win the Space Race - Margot Lee Shetterly

Hidden Figures is pretty much the gold standard when it comes to unknown stories about historic women. If you’ve seen the movie but haven’t read the book, do yourself a favor and pick it up as soon as possible. (If you haven’t seen the movie, what are you even doing? Stop reading and go watch it, you won’t regret it!) This story about a group of amazing women shows how black women chose to work for NASA, even as they were dealing with institutionalized racism from the government they wanted to serve. It’s inspiring, heartwarming, and entirely necessary.

Rise of the Rocket Girls: The Women Who Propelled Us, from Missiles to the Moon to Mars - Nathalia Holt

There were quite a few women working on America’s space program; if Hidden Figures whetted your appetite for more of the stories, then check out Rise of the Rocket Girls. This is the story of women of all races who came together at NASA-Caltech’s Jet Propulsion Laboratory to perform calculations (and work as “computers”) that would help us reach the stars. Holt juxtaposes the stories of many different women against the times they lived in, showing how ladies were essential to our spaceflight program.

The Glass Universe: How the Ladies of the Harvard Observatory Took the Measure of the Stars - Dava Sobel

It wasn’t just the space program that hired women to serve as computers; Harvard University’s observatory employed women to interpret and analyze the observations that male astronomers made at night. In fact, they came first, hiring women to work at Harvard as early as the 18th century. And as the corps of women grew and they became more skilled, their responsibilities increased from merely computing to making their own observations and interpretations. This book tells the story of these women, many of whom went on to make a lasting impact on astronomy.

The Mercury 13: The True Story of Thirteen Women and the Dream of Space Flight - Martha Ackmann

Women didn’t just work as computers and human calculators, though; they also trained to be astronauts themselves. This story is covered in the documentary Mercury 13, but the book is worth reading as well. When NASA began narrowing down candidates for the selection of its first astronauts, it sent the finalists to the Lovelace Clinic, a private medical facility for a whole battery of tests. But NASA wasn’t aware that the doctor in charge chose a group of women to undergo the same tests — and in some cases, they outperformed the men. This is the story of these women, who hoped to one day be able to fly in space but never achieved that dream.

It wasn’t until 1983 that NASA finally sent a woman into space, and every American who was a child in the 1980s and 1990s knows her name: Sally Ride. Ride became an instant icon, a role model, an inspiration for young girls everywhere. She was famously a very private person (many of her close friends didn’t even know she was in a relationship with a woman for 25 years), but this excellent posthumous biography gives us a glimpse of this important figure in US history. 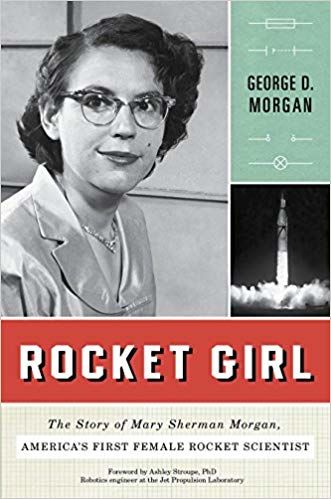 While women were often employed as computers and calculators, they struggled to go any further than that (Hidden Figures, in particular, does an excellent job talking about this). But Mary Sherman Morgan persisted and became the country’s first female rocket scientist. When Wernher von Braun, the father of American rocketry (and a former Nazi, yikes), and his team had trouble figuring out why their efforts in launching rockets to space kept failing, a young Mary Sherman Morgan solved the problem for them. She might have been lost to history except for this biography, penned by her son, who worked to uncover her legacy. 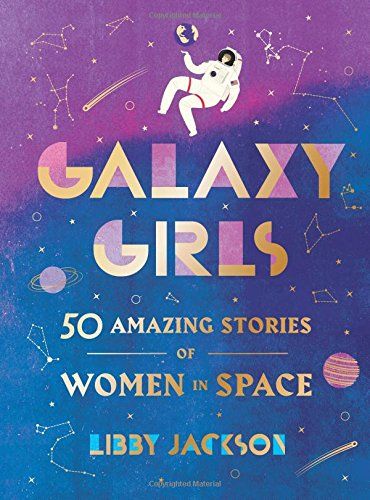 While I do appreciate a deep dive into different figures in space history, I also like a nicely presented overview. After all, how will I know who I need to learn more about if I don’t know their names? That’s why books like Galaxy Girls are so useful; they introduce you to new names and faces and give you the opportunity to learn more. This also would make a great gift for the young space nerd in your life.