Credit (L to R): Agents of the Realm by Mildred Louise; Mooncakes words by Suzanne Walker and art by Wendy Xu; b.b. free, created and written by Gabby Rivera, art by Royal Dunlap

It's Pride Month and to celebrate we've rounded up seven queer must-read comics and graphic novels for young adults — and everyone else!

Some of these stories take a while to get into queer themes, some jump right in, but every single one has characters who are out, more or less proud, and someone young queer folks can look up to. There are web comics, graphic novels, and even traditional floppy comics (some of which have been collected into trade paperback volumes). From magical girls to necromancers to superheroes, this list contains some of the coolest queer stories for young adults — and cool adults — in the graphic form.

While these stories are varied in terms of content, length, style, and form, they all boast the kind of queer representation queer and straight young adults deserve to grow up reading. 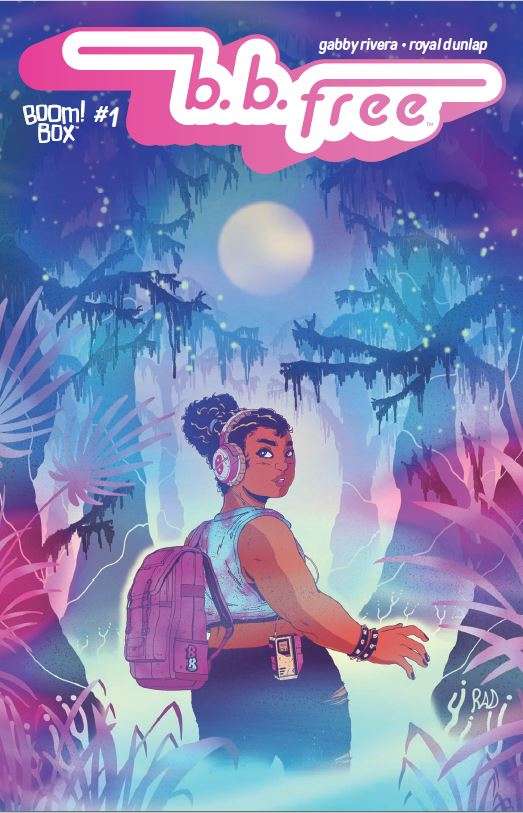 In this brand-new comic written by Gabby Rivera (Marvel’s America series) and illustrated by Royal Dunlap, 15-year-old b.b. just wants to be free. When b.b. and her best friend Chulita leave on an epic road trip that reveals that b.b. has secret cosmic powers, they find that freedom feels a lot like adventure. As they make their way across the Fractured States of America, what's left after a plague and ecological disaster have reshaped the former U.S., they broadcast their radio show, explore their own identities, heal the planet, and strengthen their friendship. Featuring characters who are Latinx, queer, trans, and disabled, b.b. free is exactly the kind of book the world needs.

While production of this series has slowed due to the pandemic, you can read the first issue on Gabby Rivera's website.

Agents of the Realm by Mildred Louis

As strange sightings on campus start to increase, Norah finds an amulet that turns her into a bonafide hero complete with magical sword and mystical destiny. What Norah finds, though, is that she isn't the only agent (of the realm). Four others are called to protect not only our world, but the adjacent dimension. Norah, Adele, Kendall, Paige, and Jordan become friends, comrades in arms, and a couple of them just may become something… more. As they navigate their college years, they find that they have more control over themselves, their destinies, and their powers than they ever realized.

This ongoing web comic features irresistible writing, powerful characters, and the important message that we can do more together than apart. Don't miss this magical girl story with a delightful queer twist.

When a group of kids are sent to Miss Qiunzella Thiskwin Penniquiqul Thistle Crumpet's Camp for Hardcore Lady Types, they find that summer camp isn’t quite what they were expecting. Instead, a number of magical, mystical adventures unfold for the Roanoke Cabin — much to the chagrin of their scout-leader Jen.

Jo, April, Molly, Mal, Ripley and eventually Barney will steal your heart and make you wish you could go to Miss Qiunzella’s and meet mystical bear-women, too. This series is irresistible for many reasons — and the queer representation throughout, treated as a normal facet of young people's experiences, is definitely part of the appeal.

Mooncakes words by Suzanne Walker and art by Wendy Xu

Two childhood friends reconnect as adults. It's a story we're all familiar with, except these friends happen to be a queer witch and a nonbinary werewolf. When evil forces try to harness Tam's wolf magic, Tam teams up with Nova to figure out a way to thwart the evil plot to raise a demon. Along the way, the two fall in love. In this rich, beautifully-colored world, Tam and Nova learn about and grow their powers while living as Chinese-American queer people. Nova's grandmas are just the icing on this queer cake.

Taproot: A Story About a Gardener and a Ghost art and story by Keezy Young, letters by Tom Napolitano

Hamal is a gifted gardener. Oh and he can see ghosts. And the ghosts love being seen. They hang around the garden shop where Hamal works causing mischief left and right — and making Hamal seem more than little strange. As he grows closer to one ghost in particular, Blue, he finds that he isn't just someone who can see ghosts: Hamal is a necromancer. Blue falls in love with Hamal and protects him from an evil force that's trying to find the new "illegal" necromancer, sacrificing himself in the process. But it turns out even the after-after-life can't keep two young lovers down.

Losing the Girl (Life on Earth Book 1) by MariNaomi

When Claudia Jones goes missing, her classmates are left with wild speculation — did someone take her and could that someone be… aliens? Told through the eyes of four teenagers navigating life together and apart, Losing the Girl and its sequels explore love, loss, friendship, and what happens when they collide. As the story unfolds, told through Nigel, Emily, Brett, and Paula's perspectives, they each find that building lasting relationships is more challenging than they expected. And when Claudia Jones unexpectedly returns, they're left to wonder if they've been going about friendship and connection all wrong.

An intimate and thoughtful exploration of the challenges of adolescence, this great series explores queerness, attraction, abortion, and the proto-adulthood that weighs on teens. 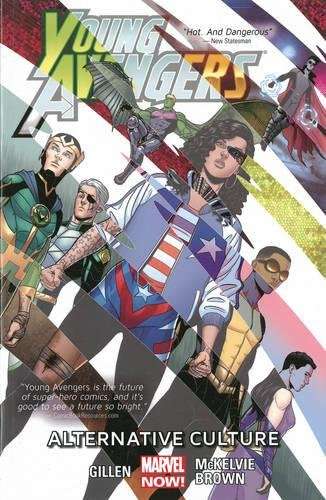 2013's Young Avengers is one of the queerest superhero comics ever. How queer? Well, at one point, Kate Bishop (Hawkeye) asks, "Am I the only person on the team who's straight?" America Chavez scoffs and says, "Princess. I've seen the way you look at me. You're not that straight." So, yeah. It's pretty damn queer.

In addition to Kate and America, the team has a bunch of other queer characters including Young (bi and trans) Loki, Prodigy, Hulkling, and Wiccan. As they flirt and fight their way through dimensions, these young heroes prove that a team can be your chosen family — even if you hate your one cousin. *cough* Loki *cough*

If you're itching for a queer superhero story, look no further.

It's a fan thing
Join SYFY Insider to get access to exclusive videos and interviews, breaking news, sweepstakes, and more!
Sign Up for Free
All Posts About
Comics
Fangrrls
Pride Month
lists
Related Stories

The lasting importance of Haunting of Hill House's Theodora