We humans often take it for granted, but being blessed by evolution with an opposable thumb comes in mighty handy when attempting to open jars of peanut butter, turning door knobs, and holding a ping-pong paddle.

In the modern animal kingdom, this dextrous feature can be observed in many varieties of apes like gorillas, chimpanzees and orangutans, as well as some frogs, koalas, pandas, possums, opossums, and certain birds, but almost never in extinct non-mammal species like pterosaurs.

Now an international crew of paleontologists from China, Brazil, UK, Denmark, and Japan has discovered the oldest recorded instance of an Earthly creature having a true opposable pollex (thumb), with their newly-identified species of arboreal pterosaur that once inhabited the dense canopies of the Tiaojishan paleoforest in what's now known as China.

Suited to life amid the trees, this rare flying reptile specimen hailing from the Jurassic period has been officially catalogued as Kunpengopterus antipollicatus, with some scientists jokingly referring to it using the nickname 'Monkeydactyl.' 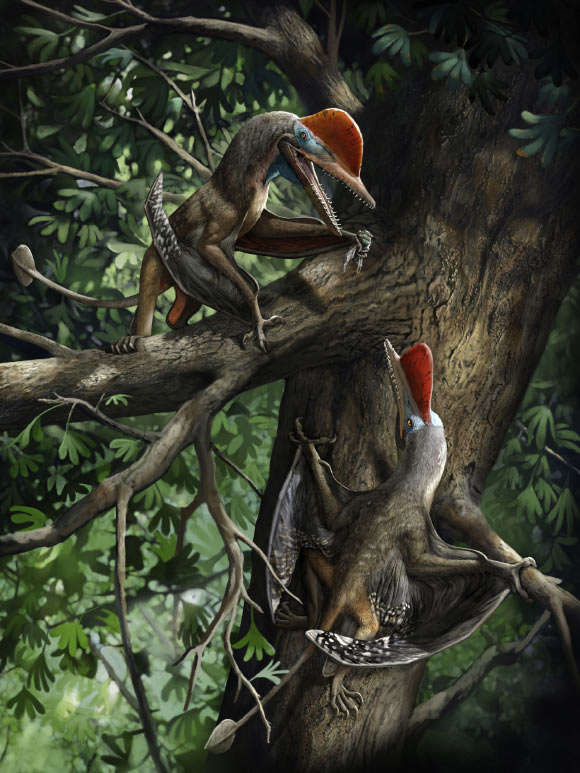 This hawk-sized pterosaur is described in a new study published in the online journal Current Biology, and is defined by its smallish body, a primitive, elongate tail, and a wingspan of approximately 33.5 inches.

Living roughly 160 million years ago, Kunpengopterus was a variety of darwinopteran, known as a primitive subgroup of predatory pterosaurs showing this sort of adaptive anatomy.

“Darwinopterans are a group of pterosaurs from the Jurassic of China and Europe, named after Charles Darwin due to their unique transitional anatomy that has revealed how evolution affected the anatomy of pterosaurs throughout time,” explained Dr. Rodrigo V. Pêgas, a paleontologist at the Federal University of ABC, in a University of Birmingham press release.

“On top of that, a particular darwinopteran fossil has been preserved with two associated eggs, revealing clues to pterosaur reproduction. They’ve always been considered precious fossils for these reasons and it is impressive that new darwinopteran species continue to surprise us!”

Via a close inspection of its forelimb morphology and musculature, the researchers were able to deduce that Kunpengopterus antipollicatus probably used its clawed hands for gripping limbs and prey, which could be considered a natural adaptation suitable for arboreal life. 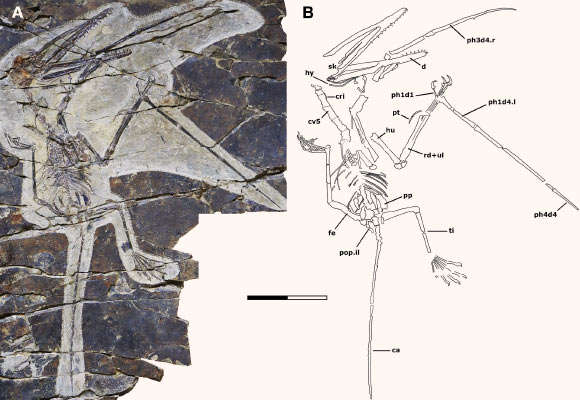 “The fingers of ‘Monkeydactyl’ are tiny and partly embedded in the slab,” said Dr. Fion Waisum Ma, a Ph.D. researcher at the University of Birmingham. “Thanks to micro-CT scanning, we could see through the rocks, create digital models and tell how the opposed thumb articulates with the other finger bones. This is an interesting discovery. It provides the earliest evidence of a true opposed thumb, and it is from a pterosaur — which wasn’t known for having an opposed thumb.”

Both fossilized specimens of Kunpengopterus antipollicatus were unearthed from the Tiaojishan Formation of Liaoning in China.

“Tiaojishan paleoforest is home to many organisms, including three genera of darwinopteran pterosaurs,” noted lead study author Dr. Xuanyu Zhou, a paleontologist at China University of Geosciences. “Our results show that Kunpengopterus antipollicatus has occupied a different niche from Darwinopterus and Wukongopterus, which has likely minimized competition among these pterosaurs.”