Author Ann Leckie might be best known for science fiction — after all, her debut Ancillary Justice won the Hugo Award for best novel. The first in the Imperial Radch trilogy, the space opera centers on an artificial intelligence that becomes trapped inside a human body. But now she’s making her fantasy novel debut with The Raven Tower. As Leckie points out, though, this shift is nothing new for her.

“I've actually been writing fantasy for a while,” Leckie told SYFY FANGRRLS. “Back when I was writing mostly short fiction, I wrote and sold a number of stories in the same universe that The Raven Tower is set in. I always knew I wanted to go back to it at some point.” 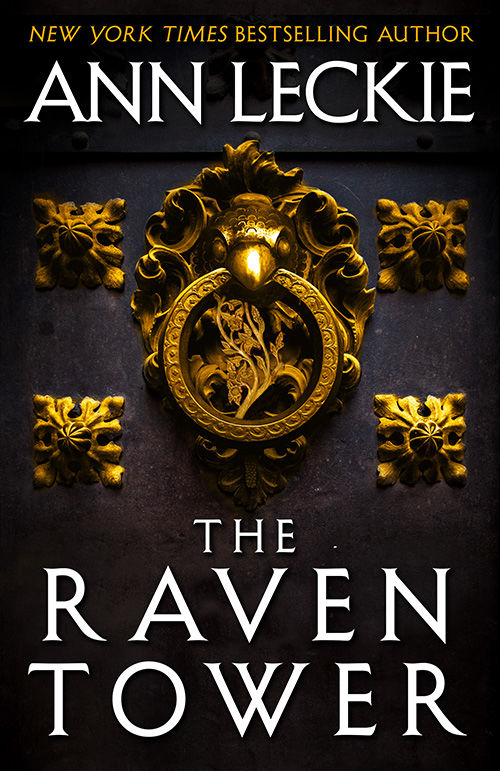 The Raven Tower is set in a fantastical world of gods and the humans that worship them. “In a world where gods can only speak the truth — if what they say isn't already true, their power has to make it true, or try — one god finds itself in a fix, the only people who could help are enemies, and the god can't lie,” Leckie said, trying to summarize the complex plot in one sentence. The book centers on Eolo, assistant to Lord Mawat, who is the heir to the Raven’s Lease. The Raven is the god that protects the kingdom of Iraden, and every generation he chooses a human Lease, currently Mawat’s father. But now Mawat’s father is dying, and his final act as Lease will be to willingly sacrifice himself to the Raven. Mawat will then take his place.

Only when Mawat arrives back in the capital city of Vastai after being away at the front lines, he finds out that his father is not, in fact, dying or dead. Instead, he’s disappeared, presumably run away to avoid having to kill himself, and Mawat’s uncle is now on the throne. The question Mawat and Eolo must answer, and the mystery that threads through The Raven Tower, is what happened to Mawat’s father and why has his uncle been able to claim the Lease for himself when Mawat was supposed to be the heir?

It’s a fascinating story, to be sure, but it’s made all the more complicated and interesting by the voice. The narrator of the story is actually a god, and the story is told in second person. If that sounds reminiscent of a recent trilogy, that’s purposeful on Leckie’s part. “Honestly, reading N.K. Jemisin's Broken Earth trilogy reminded me of just how awesome second-person POV could be,” she explained. “I thought, ‘Oh, I'd like to play with that, too!’ It took some thinking to come up with a way to make it work as well as I wanted it to, and I wasn't sure how well I could manage to write from a god's point of view! But I'm pleased with how it came out.”

But there’s some trickiness here. As Leckie pointed out, one of the rules for her world is that a god cannot tell a lie. When that’s your narrator, it presents an entirely new storytelling challenge. “I had to be very, very careful about every single word the narrator says,” Leckie said. The result is a gripping mystery with fascinating structure and style that affects the narrative in unpredictable ways. And she continues to play with gender in this novel, a common thread throughout all her work. “Gender is something I'm just interested in, something that as I've written I've discovered is more complex than I assumed when I started,” she explained. “I don't necessarily want readers to take anything in particular from my work, but I do hope they find something positive and helpful, or something to think about.”

Writing has always been something Leckie is passionate about, though she’s held a multitude of other jobs, from lunch lady to recording engineer. “I've wanted to be a writer since I was very young. I wasn't writing that whole time, but in the back of my mind that was what I wanted to be doing.” Indeed, she’s loved fantasy novels since childhood. “I've been a fan of Andre Norton since I was quite young, both her science fiction and her fantasy,” Leckie reminisced. “I also read and re-read Lloyd Alexander's Prydain books.”

She continues to read and enjoy fantasy novels as an adult. “Everything I've read and loved has influenced me in some way,” she explained when discussing her inspiration for The Raven Tower. Leckie is excited about up-and-coming authors as well, though. “Keep an eye on Fonda Lee, Rose Lemberg, R.F. Kuang, J.Y. Yang, and Kerstin Hall,” she advised.