Astronomers find an atmosphere around a nearby Earth-sized exoplanet! But what's it made of?

Gliese 1132 is a red dwarf, a small, cool, low-mass star. It’s so faint a star that even though it’s relatively close by at 39 light-years from Earth, you need a decent telescope to see it at all.

In 2005, though, when astronomers did point their telescopes at it, they discovered a planet orbiting it! Called GJ 1132b*, the exoplanet orbits the star nearly edge-on as seen from Earth, so once every orbit it passes directly in front of its star, what we call a transit. It blocks a small fraction of the starlight, revealing its presence as a slight dimming in the star. Knowing how much light was blocked and the size of the star, the size of the exoplanet can be determined. For GJ 1132b, it’s a smidge over 1.4 times the size of the Earth: a super-Earth.

That’s the size of the solid part, at least. New observations have done something astonishing: They’ve revealed the planet has an atmosphere, potentially a thick one composed of water, hydrogen and/or methane! 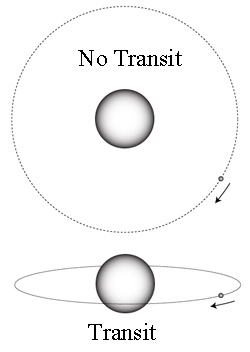 Let me take a moment to be very clear: I’ve seen some articles say this planet is “Earth-like”. But that’s not really true; it’s roughly Earth-sized, and has slightly less gravity than Earth (given its mass of about 1.6 times Earth’s, it has a surface gravity about 0.8 of ours). But it is so close to its parent star (only 2.2 million kilometers from it) that it’s hot, probably over 370°C (700° F)! That makes it a lot closer to being a super-Venus than a super-Earth.

Still, this is pretty exciting: It’s only the second near-Earth-sized world found to have an atmosphere detected, and smaller and closer than the other (55 Cancri e is twice the diameter of Earth and 40 light years away). This makes it a good testbed for our observational capabilities, and for modeling the physical characteristics of the planet.

The atmosphere was detected in a clever way. Using the 2.2-meter MPG telescope in Chile, astronomers observed the star GJ 1132 using multiple filters simultaneously that only allowed specific colors of starlight to be seen. These covered the wavelengths of light we can see with our eyes, as well as infrared light. The exoplanet takes 1.6 Earth days to orbit, and they watched it pass a total of nine times in front of its star. This allowed them to get good data and see what’s what.

They found that in seven of the filters, the planet’s size was consistent. But in two filters (a near-infrared one called the z filter and another in the infrared called K) the star dimmed more than expected, meaning the planet was larger than expected. In the z filter the effect was particularly strong, and it just so happens that this color of light is preferentially absorbed by water vapor and methane! The simplest explanation is that in seven of the filters they were seeing the solid body of the planet dimming the starlight, but in those two remaining filters they’re seeing the atmosphere as well.

It’s hard to know exactly what the atmosphere is made of or how thick it is from these observations alone, but they are a big milestone along the way to that knowledge. And they are enough to give us some ideas.

For example, an Earth-like mix of materials in the solid planet itself (33% iron, 67% rocky silicates) is inconsistent with what they saw; the planet must be less dense than Earth. The models suggest a wide range of potential composition; it could be entirely made of rock (and would probably have a molten surface), or the surface could be rich in water. At that temperature the water would create a very thick atmosphere of water vapor and molecular hydrogen (H2). Interestingly, the GJ 1132b is close enough to its star to be tidally locked, spinning once for every time it goes around the star. Its year and day are the same length, so it shows one forever sunlit side to the star, with the other half facing away in eternal night. This would create some interesting weather on the planet!

But that’s a bit speculative. The beauty of this is that the star is bright enough, and the planet big enough, that more observations with different telescopes should be attainable to narrow down the range of potential conditions. Right now we don’t know a huge amount about it, but we may know a lot more soon.

And don’t let what we don’t know obscure what we do. The first exoplanet was discovered in 1992. Just 25 years ago! Since that time, we’ve found thousands more, from dinky rocks the size of Mercury to behemoths many times the mass of Jupiter. We’ve seen them around dim cool stars and big hot ones, orbiting them close in and far away. We’ve also seen multiple planets in systems, and several stars that host planets that are similar in size to Earth. And perhaps most excitingly, we’ve detected quite a few exoplanets orbiting at the right distance from their star to have liquid water on their surface.

We still haven’t found that first golden planet, one that is Earth-like. But we’re getting closer to being able to do so, and if it’s out there —and we think there are billions of them out there— we’ll find it.

* The star is the 1132nd entry in the Gliese catalog of nearby stars. Wilhelm Gliese collaborated with Hartmut Jahreiss in 1979 to extend the catalog to more stars, so stars are given the abbreviation GJ.