Psychological horror and atmospheric Eastern European folklore come together in a chilling synthesis of for what might be the year's most fear-inducing page-turner, a new gothic thriller by Scottish author Craig Russell.

The Devil Aspect, which was recently released by Doubleday Books, is already causing a stir in the literary community with rave reviews and countless sleepless nights. The book treads in the nightmare realms of classic tales of terror but adds an extra dimension by setting its story inside the haunted halls of an infamous "home for the deranged" hidden deep in the craggy mountains of pre-World War II Czechoslovakia. Film adaptation rights for the book have already been snapped up by Sony/Columbia Pictures. 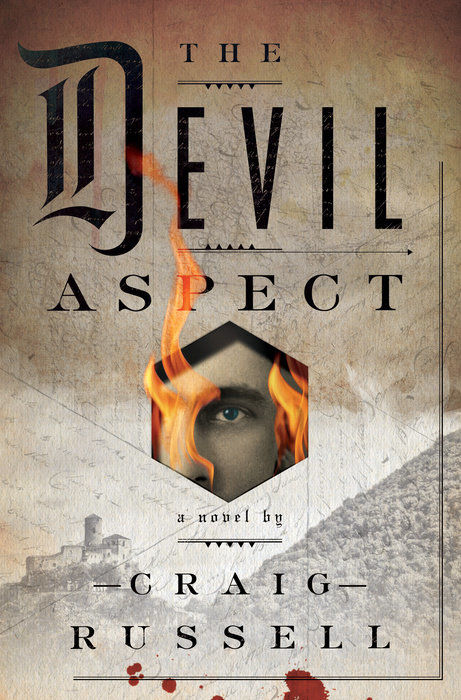 Russell is the best-selling crime writer of the Jan Fabel and Lennox series of mystery books, but here he excels in delivering an insensate evil into the haunted halls of a remote medieval castle incarcerating some of the world's most maniacal human beings. Think Gotham City's iconic Arkham Asylum, but instead of supervillains it's housing vile murderers of an insidious nature that all go by the collected moniker of The Devil's Six. Each unique lunatic is branded with deliciously evocative names like The Sciomancer, The Woodcutter, The Clown, The Vegetarian, The Glass Collector, and The Demon.

The intriguing storyline follows the young clinical psychiatrist Viktor Kosarek as he seeks to employ advanced techniques in psychological research inside the Hrad Orlu Asylum for the Criminally Insane. As the ambitious doctor delves into the turbulent depths of these dark imprisoned souls to discover a shared archetype of evil, a serial killer named Leather Apron is on the loose and stalking women in historic Prague. Kosarek must team up with police investigator Lukas Smolak to halt the fiend's murderous spree and in the process, uncovers an unfathomable truth about the notorious Devil's Six.

Inspiration struck Russell while he on a visit to Hrad Karlstejn, an impressive but spooky castle in the Czech Republic.

"Imagine somewhere Dracula and Frankenstein would time-share," he describes the place in an interview with SYFY WIRE. "It is an impregnable fortress and was built with its own cunningly conceived deep well water supply so it could withstand sieges. The architects and the construction workers who built the water supply were all massacred in the nearby woods so they couldn't divulge its secret. I was standing in the high-vaulted great hall when I imagined the castle converted into an asylum. The whole book started to fall into place almost instantly. It gave me an excuse to carry out extensive research throughout Prague and Bohemia — one of the most magical places on the planet."

In researching the novel, Russell experienced several episodes of synchronicity that added to the story's authenticity and layered levels of psychological fright, especially when it came to the fortress home of his disturbed inmates.

"I discovered the castle of Hrad Houska was originally built on a mountaintop with unnecessarily dense foundations and no kitchens, etc, because it was built to block up a network of caves said to be the Mouth of Hell, and out of which demons and monsters would spill when darkness fell," he explains. "I hope The Devil Aspect spooks readers, because it certainly spooked me writing it."

Russell admits to being lucky in that everything he's written has either been adapted for screen, is in development, or is currently under option.

"What I wasn't prepared for was for several major Hollywood studios to take an interest a whole year before publication. Sony Pictures/Columbia Pictures overwhelmed me with their enthusiasm (and their pre-empt offer!) for The Devil Aspect. It couldn't be in better hands and it's so exciting to imagine the story coming to the screen."

It's a fan thing
Join SYFY Insider to get access to exclusive videos and interviews, breaking news, sweepstakes, and more!
Sign Up for Free
All Posts About
Comics
Features
Craig Russell
Interviews
The Devil Aspect
books
Related Stories