The not-quite-dead comet Don Quixote. Using a disk inside the telescope to block the brightest part of the object allows the fainter coma to shine through (left), and subtracting that reveals the even fainter cometary tail (right). Credit: NASA/JPL-Caltech/DLR/NAU

Two separate oddball comet/asteroid-like objects are suffering from a bit of identity confusion.

First up is the 19 kilometer (12 mile) wide rock called 3552 Don Quixote. It’s been known to be weird since it was discovered in 1983. It has a long orbit that takes it out past Jupiter, and nearly as far inward as the Earth. Its orbit is also highly inclined (by about 30°) to the plane of the solar system—the plane the planets orbit in.

That makes it seem more like a comet than an asteroid. Comets are generally icy bodies with rock and dust mixed in, and tend to have elongated orbits around the Sun that take them into the outer solar system. Asteroids are rocky or metallic (or both), and generally have more circular orbits. This isn’t always the case, but it’s the way to bet.

As comets get near the Sun, the ice inside warms up and sublimates, or turns directly into a gas. That surrounds the solid part, forming the fuzzy coma of the comet, and blows away due to the solar wind and light pressure from the Sun to form the tail. Over time, the ice eventually gets completely depleted, leaving behind a husk of rock. We call these “dead comets”.

The orbit of 3552 Don Quixote is tilted, elliptical, and takes it out past Jupiter. Credit: NASA/JPL

Don Quixote (an awesome name) looks like it has a comet’s orbit, but it was never seen to have a coma or tail, so it’s always been assumed to be dead. However, a team of astronomers took a look at some observations of Don Quixote taken using the Spitzer Space Telescope back in 2009. At that time, DQ was at perihelion, the point at its orbit nearest the Sun. They were surprised to find a faint trace of a coma and a tail! It turns out it still has a little life left in it.

Earlier observations, from 2004, also show the object has silicate dust on its surface, which is more comet-like than asteroidal, and also showed it’s very dark, which is also similar to a comet.

Although I wouldn’t extrapolate too much from this one example, it does indicate that just because old comet nuclei get near the Sun and lose most of their vitality doesn’t mean they’re dead. They’re only mostly dead. That means other such objects might have water ice in them as well, even though they aren’t active.

As Don Quixote himself said, “There’s very little difference between a sleeping man and a corpse.” 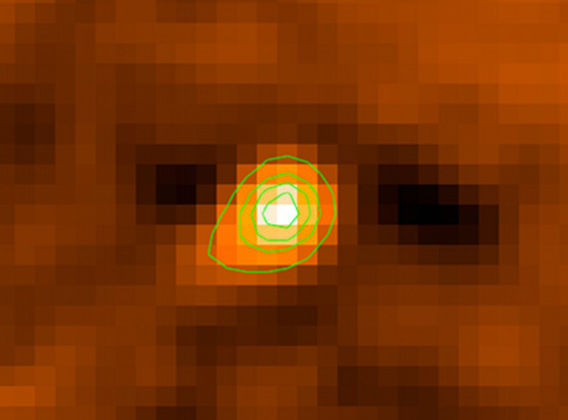 If 3552 Don Quixote is a comet that thinks it’s an asteroid, now we have the reverse.

The second cosmic weirdo in our story today is 3200 Phaethon. This has long thought to be an asteroid, because again it isn’t active like a comet. However, bizarrely, it is known to be the source of the annual Geminid meteor. Every other meteor shower (like the Perseids and Leonids) are due to comets, which as they disintegrate over time leave detritus in their wakes. If those comets cross Earth’s orbit, the Earth can plow through this sloughed-off stuff. When this material enters our atmosphere at high speed it burns up, causing the sudden shower of meteors.

The orbit of Phaethon. Credit: NASA/JPL

Phaethon’s orbit matches those of the Geminids, so we know it’s the source. But we’ve never been able to catch it in the act of actually blowing out the particles, so it’s been assumed to be an asteroid.

Looking back at old observations, this time using the Sun-observing STEREO spacecraft, that’s all changed. Images of Phaethon when it’s near the Sun clearly show it to be smeared out, extended, due to a tail of debris forming.

Still, there’s no ice in Phaethon. How does it wind up spewing out gravel? Most likely, the surface of the object is deeply cracked, like mud baked in the Sun. As it gets close to the Sun, the rock heats up enough that it actually vaporizes, and is forced out these cracks much like the way comets vent out icy material.

By the way: “Phaethon” is Greek for “Shining One”!

I find this all rather amazing, but also not surprising. We like to think we can put objects into their own little categorical boxes: Icy objects with highly elliptical orbits go in the comet box, rocky objects with more circular orbits go in the asteroid box. But we’ve known for a while that comets and asteroids are similar (when we see comets up close with spacecraft they do resemble asteroids). As we observe them more, and get better methods and tech to watch them, I’m not at all shocked that we find they resemble each other even more than we first thought.

The Universe is subtle, and is under no obligation to conform to our prejudices. Stars can look like planets, planets like stars, comets like asteroids…it’s a good lesson to keep our eyes and minds open when investigating the cosmos. Or really, when we investigate anything. If you truly want to learn about how things really are, it’s best not to let your prejudices get in the way. Otherwise… you're just tilting at windmills.

Did the Earth's core really stop spinning or reverse direction?

Thrashing out the details in 'Poker Face' Episode 4