Everyone knows that Timothy Dalton only got two James Bond movies and that, after License to Kill in 1989, the Bond franchise took a six-year break before Pierce Brosnan took over the role in 1995's GoldenEye. But what one new book asks is: What if Dalton got more movies and those movies were totally different? The truth is, the plans for James Bond movies we never saw are, in some ways, even more thrilling than the movies that were actually released.

Bond expert Mark Edlitz's latest book, The Lost Adventures of James Bond, is a deep dive into all the aspects of Bond adventures that aren't quite in the canon of the big screen films or the original Ian Fleming novels. Instead, Edlitz's book gives us a glimpse of what can best be described as the Lost Sea Scrolls of 007; versions of scripts and story treatments that, for a variety of reasons, never became cinematic missions of the world's most famous fictional spy. But, if Timothy Dalton didn't even get a third movie, how was there a fourth Dalton-Bond in the works? What kind of topsy-turvy Bond universe did we almost live in?

"Timothy Dalton was a tremendous Bond, and a third film would have been an important element in defining his era and solidifying his legacy," Edlitz tells SYFY WIRE. "Bond producers were preparing to make another film with Dalton. However, external issues with the studio prevented that film from going forward."

But what were these movies even about? Well, it looks like one of Timothy Dalton's unmade Bond movies would have been a straight-up Bond origin story, kind of like the Batman Begins of 007. Before The Living Daylights was written, the 15th Bond movie was aimed to completely reveal the iconic spy's backstory. In a treatment written by long-time Bond screenwriter Richard Maibaum and producer Michael G. Wilson — and reproduced in Edlitz's new book — we learn the first few attempts at The Living Daylights were actually all about James Bond's background, and his first mission before the Sean Connery films. 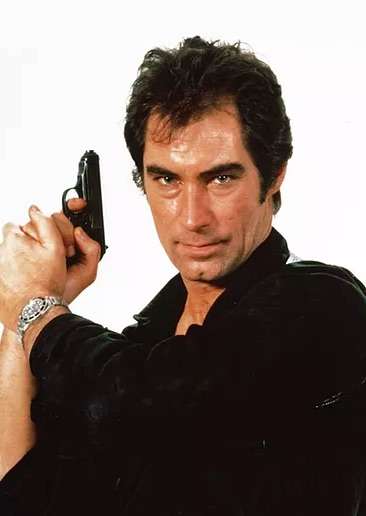 Without giving away too much of Edlitz's book, let's just say this alternate version of Bond 15 would have started out with some hang gliding, and ended with James Bond's mentor — the original 007 — getting killed. In at least one version, the movie ends just before Bond gets his first assignment to take on Dr. No. In the book, Edlitz notes that a lot of the origin story concepts for Bond were eventually reused in other ways, in different films. "Bond is paired with a senior agent who shows him the ropes and teaches him how to be an effective secret agent. In that story, Bond goes to his ancestral home, meets his grandfather, and they go target practicing together. There are moments in Skyfall that echo those scenes."

Another unmade Dalton project was a story treatment called Reunion in Death written by a make-up artist and producer named Richard Smith. This one begins with Bond shooting a rival spy in the very first scene in a Trump Tower-esque New York City hotel, but the vast majority of the movie would have eventually taken place in Japan, sort of like a low-key sequel to You Only Live Twice, complete with a reunion between Bond a descendant of the Japanese secret agent Tiger Tanaka. In the book, Edlitz suspects that the film treatment might have been rejected because the studio could have been nervous "setting a film almost entirely in Japan," but also points out that the violent and gritty treatment would have been great for Dalton's Bond and that Smith "wrote a spy thriller that attempts to reveal more qualities of Bond's character without undermining its appealing mystery."

Essentially, the more realistic and character-driven Bond stories we saw in all the Daniel Craig movies were being explored in the Dalton era, too. This is fairly obvious when you watch License to Kill now, since the entire movie is all about Bond going rogue to avenge an attack on CIA agent Felix Leiter. But what something like Reunion in Death seems to indicate is that the more violent, realistic direction of the Dalton Bond could have continued if there were more movies.

"Licence to Kill, Dalton's second Bond, was gritty and violent; audiences were not prepared for how it departed from the Bond formula," Edlitz explains. "For over 30 years Bond fans have been asking, 'Would Dalton's third movie be more like his first or his second? Or would the producers have tried something completely new and unexpected?' I tried to answer those questions and provide some closure to Bond fans who have been speculating about the answers for the past 30 years." 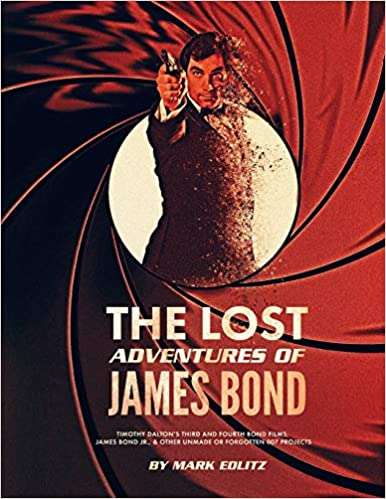 The treatments for the lost Dalton films, plus unmade versions of The Spy Who Loved Me Moonraker, Tomorrow Never Dies and more, can all be found in Edlitz's new book. And, if you've got any interest in the cartoon James Bond Jr. or, perhaps most interestingly, the various comic book incarnations of 007, this book will blow you away. "Bond's appearance in comic strips predates the first Bond film," Edlitz says. "There are more James Bond comics than there are Bond films, novels, and video games combined."

As James Bond himself once said in Goldfinger, the various revelations in The Lost Adventures of James Bond are simply put: "Shocking. Positively shocking."

The Lost Adventures of James Bond by Mark Edlitz is available from Amazon and other booksellers right now.

The search for the new James Bond begins in 2022: Here are the top contenders for the next 007

Are No Time to Die's designer diseases possible in real life? The science behind Bond