Joe Cornish explains why a Snow Crash movie crashed, says it could be revived

The Kid Who Would Be King is Joe Cornish's first film as a director in eight years, but the filmmaker told SYFY WIRE that it's not a lack of effort that delayed his highly-anticipated his follow-up to Attack the Block.

"It's certainly been longer than usual," Cornish admitted during a phone interview last week as he explained what led to his absence from the directors' chair for nearly a decade. Essentially, it's because he was working with Edgar Wright and had a couple bits of bad luck with studios.

"It's a bunch of circumstances," he recalled. "It was going straight into Ant-Man and staying loyal to Edgar, and I spent a couple of years working very hard on that. And while I did that, I wrote a screenplay for Snow Crash [based on the novel by Neal Stephenson] and developed another project for Universal. And then Snow Crash didn't get greenlit by Paramount, and the Universal project, Section 6, didn't get greenlit. And then, of course, Ant-Man ended up with Edgar dropping out, which was a bummer, but also an amazing learning experience."

"So once all that was done, that was when I figured, if I'm gonna do something, rather than taking what they call an assignment, a big franchise or something that needs a director, so why not try and get something that is personal off the ground and that's when I started the process of this," he said.

Among those still unfinished projects — those "assignments" — Cornish indicated that Snow Crash, his adaptation of Neal Stephenson's seminal 1992 science fiction novel about a dystopian, anarcho-capitalistic version of Los Angeles, was one he felt particularly passionate about. 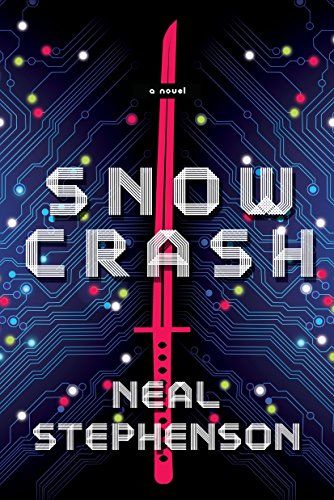 But, at the time, it was simply too complex (and costly) to execute. "I think Snow Crash is just too huge and ambitious and complicated and sophisticated for a modern studio, really, even though it was amazing to write and amazing to get to talk to Neal Stephenson," he said. "It was a fantastic universe to spend time in as a writer."

Snow Crash follows in the footsteps of a number of high-profile science-fiction and fantasy projects that have gone through multiple iterations, and many stops and starts, before coming to the screen (Think Dune, The Passage, or Watchmen). Cornish insisted that Stephenson's material is too smart to be treated like any other sci-fi crowd pleaser, but said that he would absolutely love to revisit and finish the film if the success of The Kid Who Would Be King made that possible.

"Movies take a long time — there are lots of examples of screenplays that have been around for 10 or 20 years," Cornish observed. "So, nothing is ever dead."