Captain Planet may be forever trapped in the ‘90s, but he has microscopic minions watching out for our planet. They might just be the tiniest environmental superheroes ever.

There is no doubt mining is dirty work. Both the fire and smoke from explosions used to break the ground can be deadly. So can chemicals needed to extract minerals. Tons of debris are left in its wake, and the impact of exposure of humans and other organisms to noxious fumes and gas exhaust from heavy machinery certainly isn’t helping the global warming situation. Unfortunately, someone has to do it. That someone may not be human for much longer.

Everything from our smartphones to refrigerators to immense power plants (which cough out even more pollution) needs minerals found deep in Earth. However, some of these minerals can also be found in space. While biomining—using bacteria to extract metals that would otherwise need destructive methods to reach—is slowly catching on down here, future deep space expeditions mean we’re going to need materials out there. This is why biomining experiments involving different types of bacteria and minerals have been going on aboard the ISS.

“Among the advantages of biomining are its affordability and environmental sustainability. For instance, it can reduce metal contamination and improve the recycling of elements from electrical waste,” said a group of researchers, led by astrobiologist Charles Cockell, in a study recently published in Frontiers in Microbiology. 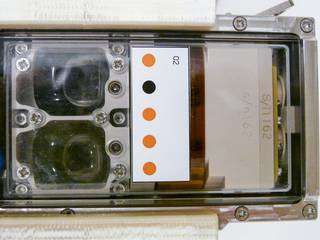 The first mineral biomined in space as part of the ESA Biorock investigation was basalt. Basalt is everywhere on the Moon and Mars, and if we ever want to go to Mars, we need to use its resources. This igneous rock, often used in asphalt and concrete, is left over from ancient volcanic eruptions. It also contains rare Earth elements that are common on other moons and planets. But how do you get to lunar basalt without blowing up the Moon? It is found on the surface, but getting to those rare elements needs some form of intervention. Enter bacteria.

Now these same species of super-microbes have proven they can get to vanadium, which otherwise needs to be mined underground. Separating it from the rocks it is embedded in requires chemicals. Vanadium is most commonly used to strengthen steel that toughens tools, holds up buildings and could potentially be used for off-Earth construction. It also guards against shock and corrosion. Not only were the microbes able to mine, but this time, they have actually shown that it can mine up to 283% more vanadium in microgravity.

Who exactly are these heroes? Sphingomonas desiccabilis and Bacillus subtilis are harmless microorganisms most people don’t even know exist, since they aren’t pathogens. S. desiccabilis quietly goes about its business creeping through the soil crusts of the Colorado plateau. When not mining, B. subtilis is used in probiotics to promote gut health (seriously, Google it and probiotic supplements are the first thing that comes up). What these bacteria have in common is that they eat rocks. Metabolizing any extra surrounding rock leaves you with vanadium.

“Gravity did not have a significant effect on [the bacteria], thus showing the potential for biomining on Solar System objects with diverse gravitational conditions,” the researchers said.

Before the basalt experiment, scientists were apprehensive about how biomining bacteria would perform in zero-G. Microgravity can have negative effects on many organisms down to the cellular level. This is why there are genetic studies now being carried out in space, and the results of one just showed that broken DNA can actually put itself back together. What the Biorock team did not expect was the incredible upshot in production that the bacteria were able to pull off. You just need nutrients to grow the bacteria, then let it do its job on its own.

Someday there will be huge operations using masses of bacteria to safely bring lunar and Martian minerals to the surface. Until then, Biorock would be an awesome name for a metal band.

It's a fan thing
Join SYFY Insider to get access to exclusive videos and interviews, breaking news, sweepstakes, and more!
Sign Up for Free
All Posts About
News
Science
microbiology
Related Stories