Ruth E. Carter is a warm embrace of a woman. I know this because after 20 minutes in her company to talk about her groundbreaking work as a costume designer, I left feeling uplifted and at ease thanks to her nourishing company. She also happened to give me a lovely farewell hug that set me up for the rest of the day, but I digress.

We've sat down in a fine suite at London's Corinthia Hotel to discuss her most recent work for the Netflix movie Dolemite is My Name. The film premiered at the 2019 Toronto International Film Festival to critical acclaim. I was in the audience at that screening and from the minute Eddie Murphy walked into a standing ovation I knew that we were about to watch something special, that Murphy's return after several failed comebacks might just recapture that magic he brought to the silver screen throughout the '80s and '90s.

During that time, Carter's career was just getting started. She graduated from Hampton Institute with a degree in Theatre Arts in 1982 and her first gig was working on Spike Lee's 1988 movie School Daze. They met in 1986 while she was working at the Los Angeles Theatre Center and since then have collaborated on eleven more films together. "When I started, I had to figure a lot of things out on my own," she recalls. "I didn't have mentors that were costume designers. Spike Lee was my mentor. He took me shopping and said, 'You gotta buy two or three [of the same piece] because we're going to do a stunt.' He was the guy that told me that!"

Carter did the costume design for Dolemite Is My Name

Carter felt at the time that she couldn't reach out to costume designers in the same way that budding costumers now reach out to her. Instead, she studied the work of those she most admired. "When I started," the designer explains, "I was looking at Ann Roth because I wanted to be an artist and I felt that she was, so I was breaking down her color palette and her films like Silkwood and Places in the Heart. I felt that she would never want to mentor me because maybe I felt like she wasn't like me. So I could look at her films and garner mentorship from her artistry and that's the lonely road I traveled.

"Now, young costume designers can send me a DM and ask me a question," Carter adds. "There are so many other avenues now for them to get a masterclass when that wasn't there when I started."

Carter has certainly become a true master. One only has to look at her IMDb page to see just how many critically-acclaimed movies she has delivered stunning costuming for. On several occasions she has earned the acclaim too, getting Oscar nominations for Lee's Malcolm X (1992) and Steven Spielberg's Amistad (1997) — but she finally took a gold statue home in 2019. 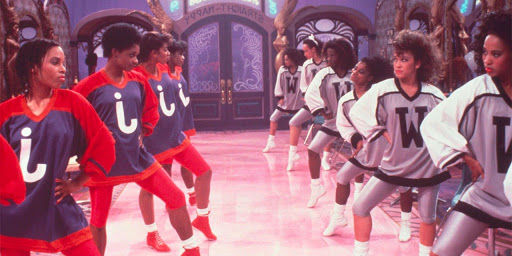 Black Panther's costume design for the people of Wakanda was a staunch rejection of white, western influence. This fictional country was untouched by colonization and Carter wanted to show that with an Afrofuturistic aesthetic that borrowed beautiful and vibrant patterns, textiles and designs from various indigenous tribes and cultures of Africa. The result was stunning and the Academy rightly recognized her achievement, making her the first black woman to win the Oscar for Best Costume Design.

"If I hadn't [had won] I would have given up," Carter says. "I would have said 'I don't know how much longer I can do this job' because I gave that my best. I really never got any sleep and I was just like a different person because I was completely immersed in it. For Black Panther, I sacrificed and I gave it everything I could."

Many believe that winning this prestigious award opens a lot of doors but when you're a woman of color, that is not often the case. Just ask Octavia Spencer, who, after winning her Oscar for Best Supporting Actress for The Help, revealed that she was still getting offered less money than her white co-stars like Jessica Chastain. Thankfully, Chastain later demanded they get the same pay on their next project.

So how has winning an Oscar helped Carter's career? "I think what it does is it put this secret sauce on your resume," she muses. "I had so many people saying, 'Hey, you can have this if you like it, you want to produce? or, 'Hey, you want to come together with us?' because it looked like I had the secret sauce recipe, which I didn't like so much. Because it made it look like all of a sudden I was qualified.

"So I have to remember why I'm doing this and what I make is meaningful to me," she continues. "And then I can take those opportunities, but make sure I take the ones that still have the criteria that I started with and a love for the storytelling process."

Carter has told so many stories across so many eras, but there are still movie genres that she would love to sink her teeth into. At the very top of that list is a musical like Moulin Rouge, but she feels a calling to work with emerging filmmakers to tell brand new stories. "There is another voice out there, it's the young voice, and it's an urban voice, and there's this anarchy to it," Carter explains. "There's something there that I want to harness and tell a story about and it has to do with self-expression and monetization [of the self] and I just see the artistry in it.

"When I see guys hanging around, they've got gold diamonds in their teeth and they're wearing Balenciaga tennis shoes and hoodies and their hair is kind of shaved on the side and they've got mohawks," she says. "[I see] their influence on older generations and I feel like that's a voice I want to be a part of."

Dolemite is My Name is available to stream on Netflix.