Marvel keeps erasing Sunspot's Afro-Brazilian identity, and the X-Men (and fans) are worse off for it

For years, progressives — politicians, creators, and the average person alike — have pushed the ideology that color blindness leads to equality, when in fact it has eliminated all sense of culture or race and further elevated the default white view. Instead of Black lives or Asian lives matter, the tacit understanding has been that all lives matter, but only white perspectives are valued.

The comic book industry has been especially guilty of this marginalization. This is true even in the X-Men, Marvel’s original analog for addressing racism. Changes have come slowly, though representation has improved since the '60s. What started as five white teens under the patriarchal authority of Professor X moved toward embracing multiculturalism — with the introduction of Storm, Thunderbird, and Nightcrawler — but soon returned to a predominantly white gaze. The sad result was exoticization, even with its white ethnic characters; Banshee and leprechauns? Really?

All of that changed in 1982 with the introduction of the New Mutants, a team of teenagers who injected the franchise with fresh blood from around the world. The Cheyenne tribe-born Dani Moonstar from Colorado was joined by Sam Guthrie from Kentucky, Xi’an Coy Manh from Vietnam, Rahne Sinclair from Scotland, and Roberto da Costa, aka Sunspot, from Brazil. Of these characters, Sunspot in particular was special due to how he identified. The son of a Black Brazilian — who had been born into slavery — and a white American mother, not only was da Costa depicted as a Black kid from his first appearance, but he was also proudly Afro-Brazilian at all times.

This engagement with his culture included his dealing with ostracization for being different. Brazil is a diverse country but like the U.S., and contrary to popular belief, it is still white-centered and suffers from racism. True to form, in da Costa’s comic book debut in The New Mutants: Marvel Graphic Novel #4, he participates in a soccer game against all-white competitors who despise him not only for his talent but because he is Black. Calling him a half-breed, they foul him flagrantly. After tackling one of the offending players, da Costa is knocked over and pummeled until, in a moment of panic, his powers activate. Bewildered, he sends his opponent flying away and officially begins the painful process of becoming a teenage superhero in training.

One of the most fantastic things about da Costa was that even though he was already Black, when he used his powers he became even blacker in color. Rather than slather on Latinx stereotypes of being “fiery” with heat-based powers, da Costa transformed into a powerhouse. Unlike the Incredible Hulk, he did not lose intelligence when doing so, rather he remained the same precocious erudite, more concerned with using his limited powers with panache than going on a rampage. This was true even when he was captured, drugged, and enslaved as part of a gladiator ring. Rather than descend into murderous madness, he successfully manipulated the rules of engagement and fought to maintain reason. To be sure, da Costa indulged in youthful hijinks and made plenty of bad decisions, but those errors were never racialized. They were presented as the character-driven growing pains of any teenage boy.

This subversion of racial stereotypes has been a highlight of his character in all incarnations, even as his depiction has become more whitewashed over the years. The saga of da Costa’s whitewashing has been extensively documented with good reason. The systematic erasure of his culture negates the power of the X-Men’s founding anti-racist ideology. 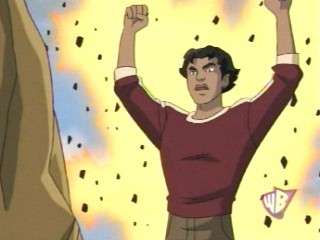 In his token appearances throughout the cartoon series X-Men: Evolution, da Costa’s plotlines, and his portrayal by white voice actor Michael Coleman, completely eliminated his Afro-Latin heritage. His 2014 X-Men: Days of Future Past film debut continued that trend through Mexican American actor Adan Canto’s casting, who, while Latin, is also white. Recently, 20th Century Fox and Marvel recommitted to erasing da Costa’s African ancestry by casting white, Brazilian actor Henry Zaga in the role for the upcoming feature film, The New Mutants. The much-delayed film’s original release was pushed back in 2018 for reshoots — but not to recast for racial authenticity.

Interestingly, Brazil has the largest population of African descendants outside of Africa — more than 55 million people — in the world. These metrics are damning. What is worse is that this willful whitewashing has carried over into comic book art as well. Looking at Sunspot in recent years, one might be forgiven for assuming that he was Nate Grey with a slight tan, or just another white European billionaire in Tony Stark’s mold.

It’s a shame because part of what has made da Costa such a wonderful character is his history of leaning into his Afro-Latinx culture, particularly at a time when diverse representation continues to go ignored or is served up metaphorically through literal “alien in a strange land” tropes.

Instead of presenting da Costa as an example of poverty, Marvel went the Black Panther route and made him an ostensible prince. Born into a wealthy family, da Costa’s privilege did nothing to protect him from racism. This, as well as his fondness for Spanish sayings — even though they should have been Brazilian Portuguese — kept da Costa grounded in the reality of being Afro-Latinx.

Even when imperfectly done, Marvel’s portrayal of mutants has stood as a commentary on racism while also holding space for other marginalized people, as well, particularly the LGBTQ community. Just as gay people face discrimination for their orientation, Black gay people are forced to deal with the double discrimination of race and sexual preference. Similarly, even though his teammates were hated for being mutants, da Costa was doubly scorned for being Black and super-powered. This was best illustrated during his first power-up, which triggered a mass stampede of fear from the soccer stadium attendees. Of course, he was playing soccer, a Latinx passion that has stayed with him, despite knowing that his professional aspirations on the field were effectively over.

In early appearances, while training with his teammates, da Costa displayed a flair for supreme confidence that might have registered as machismo if not for his boyish need for approval. The fear that he might devolve into a simple-minded brute was constantly abated by the fact that he was a language-loving wit, just as interested in jet-setting as he was in making an entrance by smashing through walls. As he grew into his own, da Costa evolved from a spoiled Carioca — constantly bragging about the many things that his father’s wealth afforded him — into an accomplished businessman even as he remained determined to maintain the airs of a vain man of leisure. What comes to mind is the Brazilian national saying, “Não se preocupe,” which roughly translates to: “Don’t worry about it”.

That is, unless he perceived that someone was speaking down to him, as happened early in the New Mutants series while he was dealing with Professor X. The professor was possessed by a Brood egg at the time, which caused him to display more authoritarian tendencies than usual. Da Costa responded with disdain — to the point that he considered abandoning the team. This was the refreshing image of a righteously angry Black young man, refusing to bow down to being treated as anything other than worthy. He reacted similarly to Magneto and Cable when they assumed command of the team, always keeping the two at a distance rather than jumping onto their bandwagon without question.

That’s the essence of da Costa’s character, whatever his physical incarnation. A care-free (though proud) ladies' man, fiercely aware of where he has come from and what he has lost to maintain his status. Some characters are pushovers who sit around waiting for instructions. Roberto da Costa is quick to make the first move, though from a place of intelligence that befits his status and charisma. Looking at the current political climate and need for diversity, he is the perfect example of an Afro-Latinx man we could all do to see more of: self-loving, though devoted to his friends, super smart, and capable, concerned with morality, but less interested in respectability politics than he is in receiving due respect.

The son of a former slave who grew up to lead one of the wealthiest companies in the world, da Costa is just as cool and cocky as any of Marvel’s white characters. In considering this protest season, imagine the statement it would make if he was returned to his original Afro-Latinx design. Marvel doing so will do more than pay lip service to Black Lives Matter; it will show an honest investment in the representation that the world is demanding, rather than continuing to cover up Sunspot’s beautiful origins in white.