In honor of Black History Month 2021, SYFY and Tongal, a global community of content creators, invited six Black animators and filmmakers to create video shorts that represent their experiences through the lens of science fiction and fantasy.

Starting Feb. 1, these six shorts will premiere on the SYFY network and be posted on SYFY's Instagram and Twitter handles throughout the month — and beyond. To further celebrate these original shorts, SYFY WIRE got in touch with the creators in order to break down their work and take a closer look at what inspires them. Next up is Leonardo Viotti, part of 2P Studios, creators of the short "2319," a bit of cyberpunk action with a Black heroine saving the day. Here's what Viotti has to say about 2P Studios and the making of the short.

2P Studios was created by Rick and me, best friends since we were kids with a passion for anime and games. We’re from Brazil and it was always a dream of ours to work creating our own animes and stories.

As two young kids from the '90s, thirsty to get into that industry, when we turned 18 we didn't know where to go. It was just the beginning of the internet and it looked impossible for us living in Brazil. So, we know the struggle and hustle artists go through to follow their dreams here and we always try to find Brazilian artists to join our projects.

Nowadays, our productions are made remotely and composed by a team of animators from all over the world that we bring to shine at their best on our projects.

Throughout the years, we produced mainly anime for the game industry, for companies like Riot Games (League of Legends); in 2020 we also explored other niches like a music video we're producing for Warner Music (will be released later this year); and also working with other art styles, even CGI. 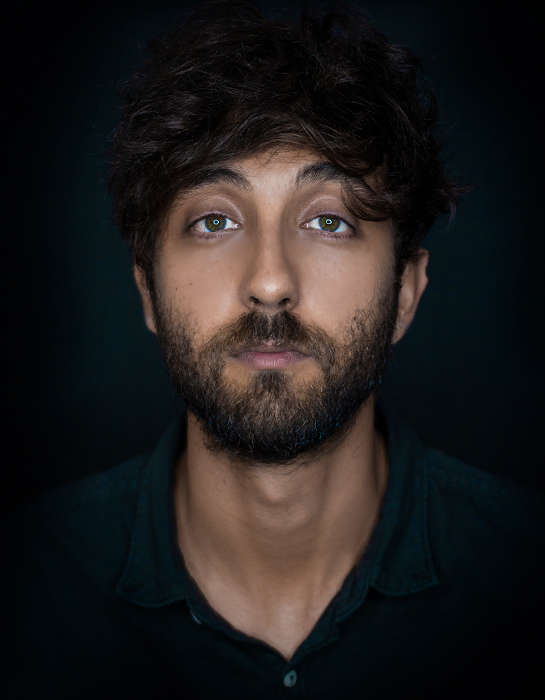 For the SYFY Black History Month celebration, we developed a short called "2319," and we took this opportunity to bring to life our inspiration from Ghost in the Shell.

We wanted to create something awesome, futuristic, and "cold" somehow. Can’t forget to mention our inspiration on the recently released game Cyberpunk 2077 for the soundtrack and also for the character designs. We mixed all of this with our mother country Brazil, which is a beautiful, tropical, and multicultural place with more than 50 percent of its population being Black.

In this piece that we created for SYFY, we put the characters in places that resemble the favelas in Rio de Janeiro. We named the campaign “2319,” which represents the year we are in. In this year, we've had 100 years of peace and equality on earth, but in 2319 things started to fall. The five big corporations in the world are trying to turn people against each other and control the world with their technologies and machines.

And in that war, one strong Black woman, Maria, is leading "the resistance" to avoid that.

For this project, we had an amazing team of animators and artists that excelled in bringing this to life!

After Rick and I wrote the idea for the short, Eduardo Bokow, our amazing background artist created the world and environment of "2319." While Rick Directed the project and was the one behind the character design and animatics. We had Benedito Antonio, Fabian Jervis, and Vann Oba composing our team of brilliant animators who brought life to our characters. Jacki Hydock was the voice of Maria. And I, Leo, was the one behind the final composition, VFX, SFX, and soundtrack.

I really hope everyone likes this short story the same way we all loved creating it! Thanks, SYFY for the opportunity, and hope we can create more amazing things together in the future!

It's a fan thing
Join SYFY Insider to get access to exclusive videos and interviews, breaking news, sweepstakes, and more!
Sign Up for Free
All Posts About
Features
Cyberpunk
black history month
You May Also Like
Recommended by Zergnet
Latest on SYFY WIRE