The horror comics renaissance and why it matters

If there's any doubt we're smack in the middle of a horror comics renaissance, this week's launch of a boutique imprint of fright- and chill-inducing titles should put that to rest.

Debuting this NCBD (New Comic Book Day, for those not familiar with the acronym) is Basketful of Heads, the brainchild of bestselling writer Joe Hill. Hill is scripting this series as well as curating the pop-up imprint Hill House Comics, the latest thematically linked umbrella from DC Comics. Basketful centers on a young woman named June in the small town of Brody Island (Jaws is Hill's favorite film, in case you're wondering) trying to save her boyfriend from four dangerous criminals. She's carrying with her a mystical eighth-century axe and a basket full of ... er, heads. The magic axe allows the wielder to chop someone's head off and allow the severed head to remain alive and able to speak. That absurdly weird and macabre premise could only have sprung from Hill's brilliantly twisted imagination, and I am here for it.

Hill House Comics is debuting with four other limited series besides Basketful. In recent years, creator-owned works such as Harrow County, Wytches, Moonshine, Infinite Dark, and Hill's own hit IDW series Locke & Key have delivered incredibly dark and varied scary stories. But we're also seeing major publishers jumping into the scary end of the pool. Batman: Damned by Brian Azzarello and Lee Bermejo from DC's Black Label was a terrifying Dark Knight tale. Archie's horror imprint found success with Afterlife With Archie, Chilling Adventures of Sabrina, and Jughead: The Hunger. And also debuting this week is Marvel Zombies: Resurrection #1. The return of the one-time Zombies phenom launches a space-bound mystery involving Galactus' corpse and a threat that is turning Avengers into the undead. Those are just a few examples, but you get the drift.

Horror is having a moment, and if we know our history, we shouldn't really be surprised.

Throughout the history of comics, horror titles have been a mirror that we can hold up to ourselves and our times. EC Comics explored some of the prevalent themes of the 1950s, such as prejudice, Cold War fears, and suburban cynicism. In the 1970s, after the Comics Code softened its stance on such stories, Marvel titles such as Tomb of Dracula, Werewolf by Night, and Ghost Rider drafted on popular culture's growing fascination with antiheroes by giving supposed "bad guys" their own titles. TOD's 70-issue run is considered a high mark for Bronze Age horror storytelling. DC jumped in with several new titles during the same period: The Witching Hour, Ghosts, and my personal favorite, Weird War Tales, which put a supernatural spin on the burgeoning nostalgia for the Greatest Generation. 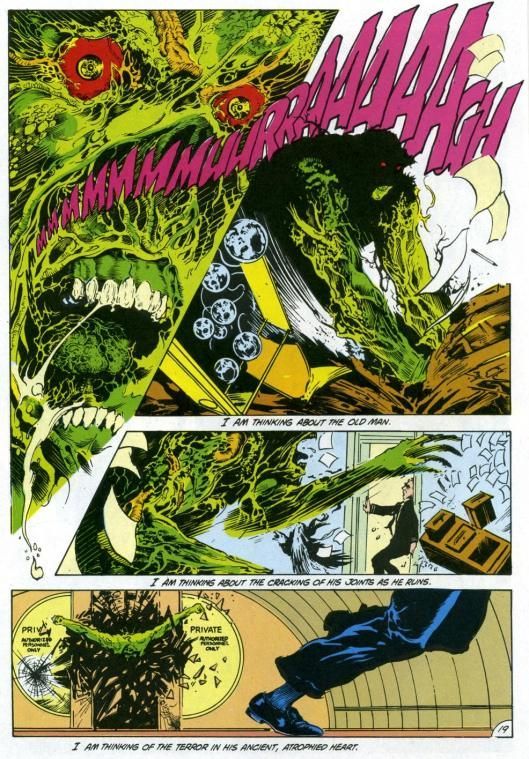 Perhaps no horror comic character has been as emblematic of its era as Swamp Thing. From his earliest days in the 1970s, Len Wein and Bernie Wrightson's creature creation has served as an avatar for society's eco-awareness, or lack thereof. When Alan Moore took over Swamp Thing, Vol. 2, he continued the environmental themes while also addressing issues like identity crises.

During the 1990s, books like The Sandman and Hellblazer formed the foundation of Vertigo Comics. Those titles showed the same disinterest in the play-it-safe nature of much of the pop culture that sprang out of the previous decade. Comics under the Vertigo mast rolled the dice and took chances on horror and supernatural tales that were in stark contrast to the superhero adventures that saturated the market.

Now here we are, at a time that is as turbulent a period in American history as we've seen. The present day resembles the upheaval of the early-to-mid-'70s, with a president facing a potentially impeachable scandal, economic divisiveness at a precarious peak, and overall uncertainty over the nation's global standing. Back then, horror comics as well as feature films like The Exorcist were planting a flag in the zeitgeist. Is it a coincidence that during a similarly tumultuous time we're seeing the same sort of stories gaining a foothold?

What is it about scary stories that capture our imagination during times like these? Perhaps it's because it gives us a chance to tend to our fears in a safe way. Watching a scary movie or reading a horror comic provides the chance to get the fear out of our system and then safely compartmentalize it.

Or it could be for as simple a reason as Joe Hill said in one interview. Stories, he said, help people better understand their world. 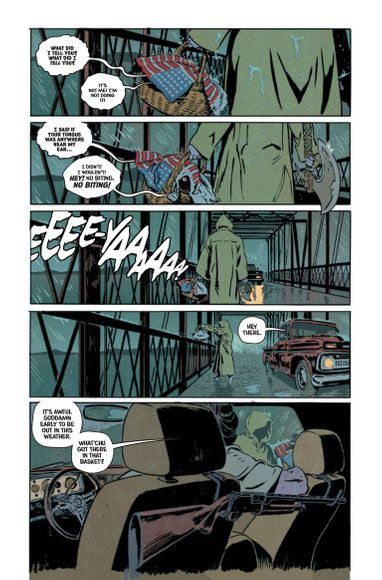 Whether a comic called Basketful of Heads can help anyone do that is anyone's guess. But I'll certainly give it a shot, because well … I'll be damned if I'm passing up a comic with a magic axe and talking severed heads.

I love getting feedback, positive or negative. OK, love may be too strong a word, but I do enjoy hearing from readers. Hit me up on Twitter/Instagram/Facebook and let me know what you think of the column.

Here's your weekly reminder that Behind the Panel is a video and audio series, too. Our video series is chock-full of my in-depth interviews with amazing comic book creators. The Behind the Panel podcast is an audio documentary series that provides unique insight into your favorite creators and stories. Check 'em out, we think you'll enjoy them.