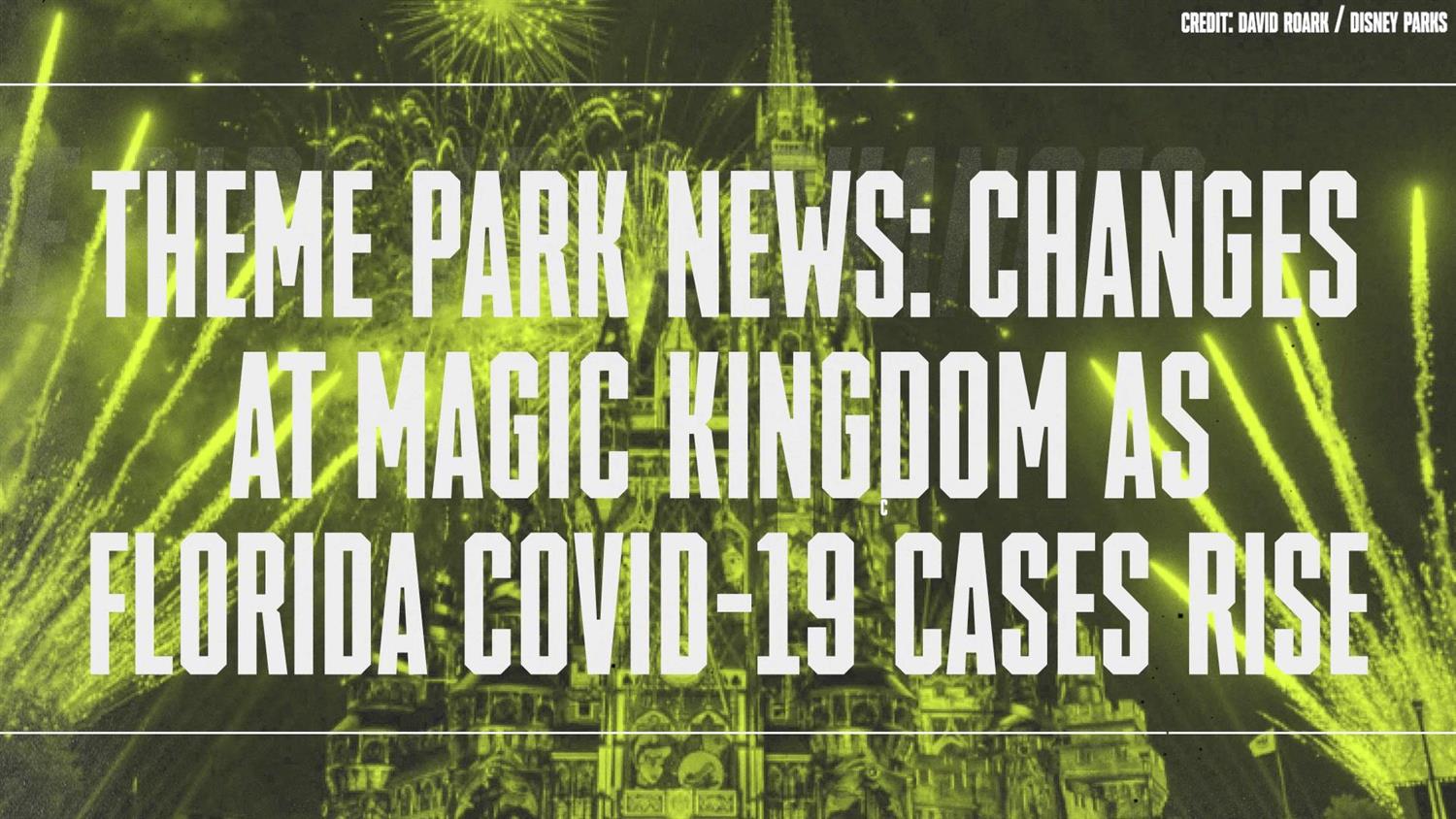 Theme Park News: A major Magic Kingdom change is upon us as Florida COVID-19 cases rise

Welcome to this week's theme park news roundup! We've got fireworks news, updates about tons of new food that's back at Walt Disney World, and, unfortunately, some bad COVID-19 developments. From shows in the skies to Universal's window surprise, here's everything you need to know:

Theme Park News: What's happening with Florida's COVID-19 outbreak — and how it may affect your trip
Theme Park News: Everything at Disney Parks just changed forever. Here’s why.

This week, we lay to rest one of the greats: Happily Ever After. The utter dynamo of a nighttime show, widely considered one of Disney Parks’ best, lasted four years, one full year of which it sat dark due to the COVID-19 pandemic. Following its debut in May 2017 and return earlier this month, the Magic Kingdom fireworks show will have its final performance on Sept. 29.

It is survived by Fantasmic! at Disney’s Hollywood Studios, which is currently on hiatus, the Electrical Water Pageant, and the oodles of fans who hoped to see it prior to Disney World’s anniversary celebration. (Am I tempted to write this entire column as an obituary? Yes, yes I am, but I will spare you a full list of the glorious mix of animated titles focused on within the show.)

The skies over Cinderella Castle won’t go dark — with Walt Disney World’s 50th on the horizon, an all-new nighttime celebration, Disney Enchantment, will debut on Oct. 1, but Magic Kingdom’s quintessential castle show is nothing short of the must-see headliner where explosions in the sky are concerned, so swapping shows is quite a big deal. Fans notably condemned the end of its nighttime predecessor, Wishes, back in 2017 before collectively loving Happily Ever After, so the same could happen again, but it’s rare lightning will strike twice.

Happily Ever After was a one-of-a-kind extravaganza whose shortened run just seems a bit strange. Wishes lasted about 13 years, Illuminations nearly 20. How come the single biggest nighttime draw at Walt Disney World’s theme parks since its inception, which lasted less than one high school term, won’t return once 50th Anniversary celebrations end?

It’s hard not to make bold assumptions about costs associated with this bombastic nighttime display of fireworks, effects, and projections, but truth be told, I haven’t the slightest clue what it costs to blast fireworks towards the heavens while playing the Pirates of the Caribbean theme song, or what the replacement will hold beyond the small bit of information that’s been released. So, onward and upwards!  I look forward to seeing Disney Enchantment when it debuts in October, but pre-emptively mourn the loss of Disney's best fireworks show.

I’m about to type some sentences you may not have read 'round here since the darkest times of 2020, so brace yourself: COVID-19 cases are skyrocketing in the Orlando, Florida, region. Orange County, where theme park resorts like Walt Disney World and Universal Orlando Resort are located, is currently averaging 1,000 new COVID-19 cases per day, with a rolling positivity rate that hit 20 percent this past weekend — an over four-fold increase from last month.

Orlando Sentinel reported the grim news yesterday that AdventHealth Orlando’s ICU is now full, and over 90 percent of the hospital’s COVID-19 patients hospitalized are unvaccinated. A local testing site is so overwhelmed it “had to close early almost every day last week,” as Orange County Mayor Jerry Demings urged constituents to get vaccinated.

Which, naturally, brings us to theme parks. Safety measures to impede COVID-19 transmission, like social distancing and mask requirements for all guests, were removed from both Universal and Disney’s Florida parks over the summer and have not been altered in the face of increased COVID-19 cases both locally and nationwide.

Don't expect updated mask guidance to come from the city, like at Universal Studios Hollywood, where all guests and employees are again required to wear face coverings indoors due to Los Angeles County regulations. Orange County,  which enacted its own mask mandate from June 2020 to June 2021, is no longer able to enforce mask mandates due to Governor Ron DeSantis banning local governments from doing so as of July 1.

Theme park resorts like Walt Disney World, Universal Orlando Resort, and Disneyland Resort, which are on private property, can re-introduce or update their own face mask policies at any time. Currently, face masks are only required for unvaccinated guests throughout indoor spaces at Universal Orlando Resort, Disneyland Resort, and Disney World, with Disney's parks requiring masks on most forms of transportation. As previously mentioned, vaccination status at all parks is self-declared and not enforced.

Universal Studios theme parks and SYFY WIRE are both owned by NBCUniversal.