En route to their escape shuttle, Holden and his Martian escorts are attacked by mystery soldiers, armed with advanced weaponry and faceplates that obscure their features. Several members on both sides are killed in the battle, and one of the wounded mystery soldiers dies before Lopez can get him to talk.

Production on Season 2 of The Expanse commences on April 20, and we've got the first major casting news of the new season.

The folks at our sister site, Blastr.com, recently sat down with The Expanse creators Ty Franck and Daniel Abraham, who revealed that Frankie Adams has been cast in the role of Bobbie Draper, a tough Martian marine who's first introduced in the second novel of the series, Caliban's War.

Fans have been speculating as to who might best fill the boots of Draper, from Game of Thrones and Star Wars star Gwendoline Christie to Battlestar Galactica alum Katee Sackhoff, but with Frankie Adams, the producers have found someone whom they feel perfectly captures every aspect of the character.

"[Adams] has been a local star in New Zealand for a while and played a variety of parts and is also an amateur female boxer," said Ty Franck. "And she's six feet tall. She's tall, she's athletic, she can act, and she's Samoan. She had a lot of range to her. People in the States haven't seen her before, so she'll seem knew to them even though she has a lot of experience. I think people are going to be really excited to see her." 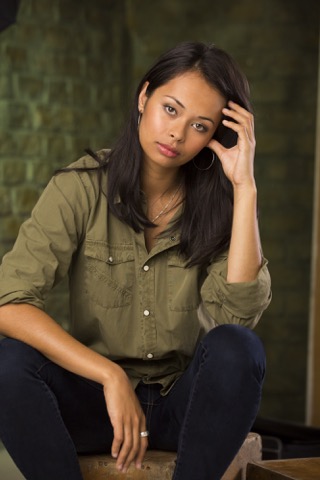 Click here to read the entire interview with Ty Franck and Daniel Abraham on Blastr.com.