Garcelle Beauvais who plays Lady Underground (a God) on The Magicians got us to thinking about other times when Jesus didn't look quite like the hippie superstar we've come to know in modern times. With that in mind, here's a list that features notable moments in film and TV when God and gods manifested in various forms.

1. Our Lady as Lady Underground in The Magicians


Without intending to be, Lady Underground (Garcelle Beauvais) is more fashionable and sultry than any Our Lady (as in The Blessed **Virgin** Mary) who has come before her.

2. God as a dinosaur/monkey/squirrel? thing in South Park

This isn't the image that comes to mind when we recall our days in Sunday School.

3. God as an adorable and funny old man in Oh, God!

Given that God is thousands of years old, it makes sense that He was long in the tooth in this depiction.

4. God as a rockstar in Dogma

Dude looks like a lady and lady is inhabiting the body of a dude. It's Lost Girl-- a show about a succubus and the underground world of Fae, so just go with it.

6. God as a cranky animation in the sky in Monty Python: Holy Grail
Monty Python - God

God and Terry Gilliam be praised!

7. God as a drunken angry Dwarf in Citizen Toxie: The Toxic Avenger IV

8. God as a genie (of sorts) in A Little Bit of Heaven and God as The Boss/Creator of the Universe in A Very Merry Muppet Christmas Movie

When you really think about it, Whoopi Goldberg is The Boss of us all.

Clarissa who? The Supreme Being is the one who explains it all!

11. God is hilarious in Superstar

The clip doesn't do Will's performance justice, but you get the drift. 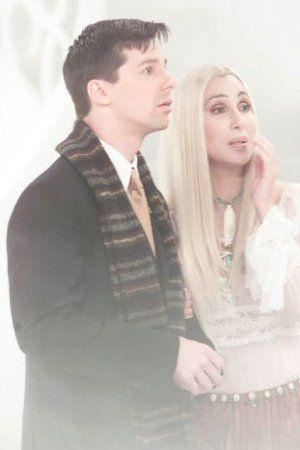 But really, who else would Jack - or the rest of us for that matter- pray to?

Penny has a heartbreaking reunion with his mom