So Addy and The Man threw down in one of the most brutal episodes of Z Nation ever, disengaging from their mortal kombat every now and then to take care of some Z's. Man, there was blood.

But the true moral of Z Nation Season 3, Episode 13: "Duel" ended up being ... if you're going to abandon a child in the zombie apocalypse, be sure to give her a loaded gun.

Count along to the Z kills. 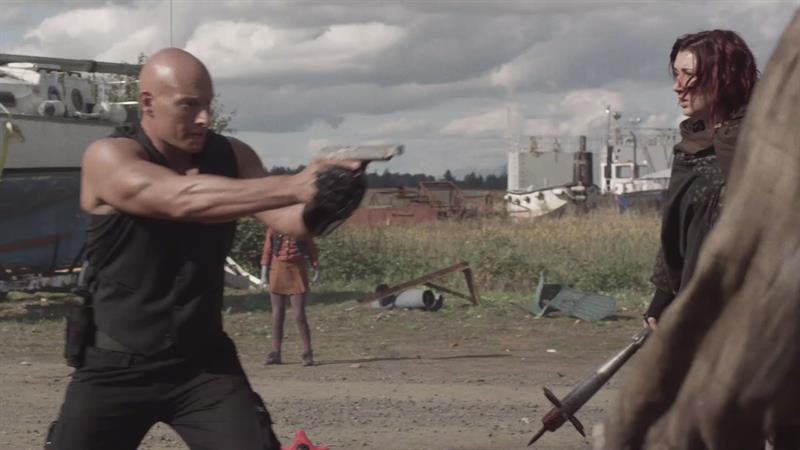