It's April, and you know what that means — spring is here! Or at least, it's supposed to be. Whether the temperature is mild and sunny or still frigid where you are, you definitely can turn to books for an escape.

If you're looking for some new science fiction and fantasy to read, we've got you covered. There are books about angry women, ships that are safe havens for genderfluid people, baby Obi-Wan, and the collapse of modern civilization to choose from. No matter what you're in the mood for, April's fantastic SFF book releases have something for you. 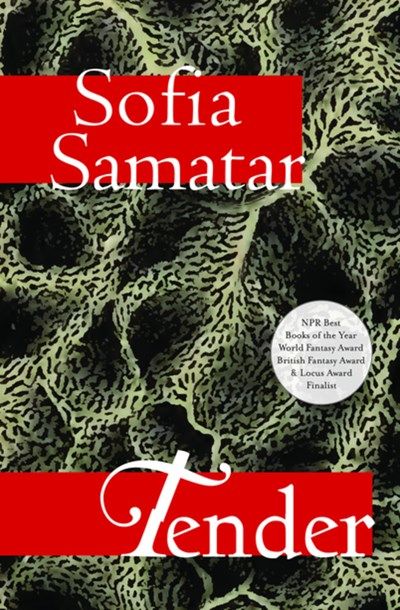 This collection, out for the first time in paperback, features 20 of Sofia Samatar’s amazing short stories that take us to the very edges of reality. I’ll admit that I’m not much of a short story reader, but I find reading short fantasy and sci-fi stories to be a real treat. It’s a great way to gauge an author’s abilities, to see how well they can build a world in just a few pages. Samatar excels at this, so I’m really excited to pick up this collection. 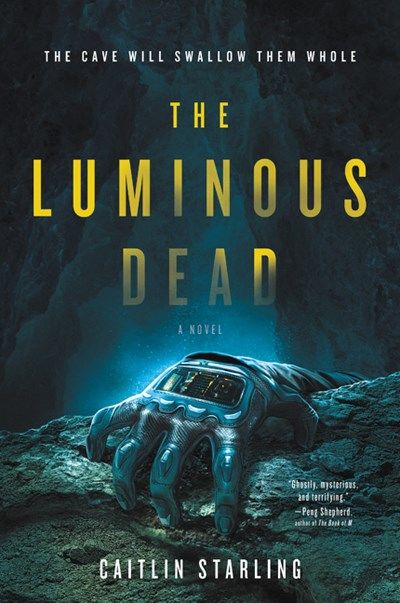 I’ve been obsessed with the cover of this novel ever since I first saw it. It’s just so creepy and evokes so much about what the book might be about without even having a description. Gyre Price may have lied about her qualifications for an expedition to a new planet, but it shouldn’t matter — she has the skills to compensate. That is, until she finds out that someone else on the team knows about her lies and is manipulating her in exchange for silence. But as Gyre is pushed further and further, she starts worrying she’s losing touch with reality. 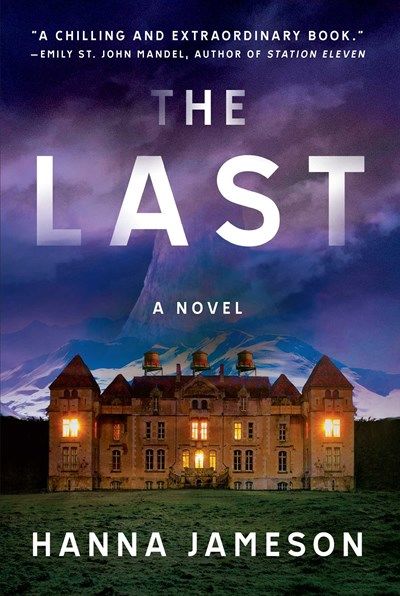 It’s been awhile since I’ve picked up a really good collapse-of-civilization novel. That’s why I’m so interested in The Last. It takes place at a hotel in Switzerland while the world is falling apart — nuclear weapons have taken out the major cities. But along with worrying about what’s going on outside the hotel’s walls, guests are concerned about what’s happening inside when the body of a girl is discovered. 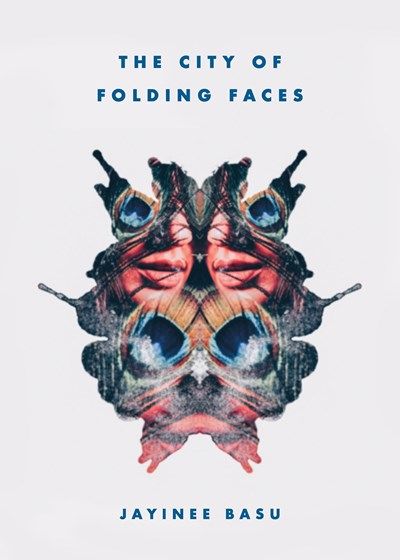 There’s been more and more South Asian fantasy being published, but selection of fiction by South Asian authors is still relatively thin. That’s why I was so excited to read about The City of Folding Faces. It features a main character named Mara, who is part of a research facility that allows humans to upload themselves into a computer system, and their experiences there can expand the limits and possibilities of human consciousness. The catch? They are completely unprepared for the experience of returning to their human bodies. 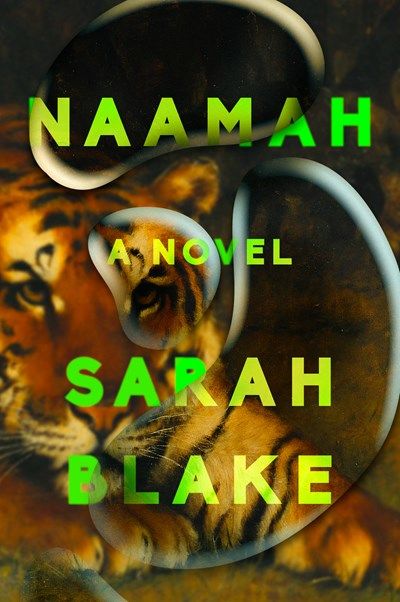 I’m always here for feminist retellings of historical events (or in this case, fantastical ones), so I’m really curious about this novel set in biblical times. We’ve all heard the story of Noah and how he saved all the animals from the Flood. But Sarah Blake is telling the tale of his wife, Naamah, who seethes with anger over who she was forced to left behind and having to care for animals on an ark. I think we need a lot more books featuring angry women, so I’ll be picking this up soon. 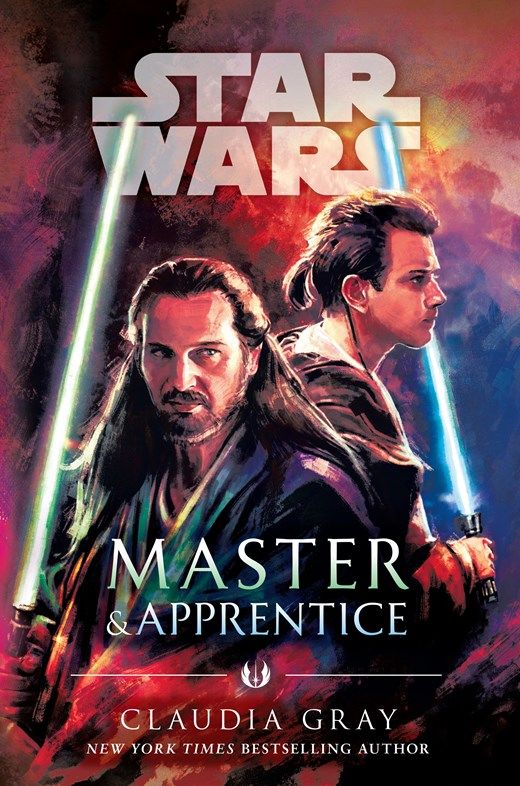 I didn’t think there were many stories left to tell in the prequel universe after the amazingness that was The Clone Wars, and yet Lucasfilm still proves me wrong. Last month, Queen’s Shadow by E.K. Johnston blew me away, and now I can’t wait to get my hands on Master & Apprentice. It’s the story of Qui-Gon Jinn and Obi-Wan set before The Phantom Menace; I can’t wait to read about baby Obi.

This thoughtful novel jumps between the past and the future to tell the story of a surveillance state. Translated by Roy Kesey from Spanish, it’s set in three time periods: 1882, 1983, and 2024. Each time period builds on what came before and predicts what comes after. In the year 2024, Argentina’s Ministry of Genetics is working on a tech that will allow them to track every single person all day, every day, without their knowledge or consent. It’s a problem in and of itself, but made even more important by the fact that buried within the technology is the potential to do even greater harm. 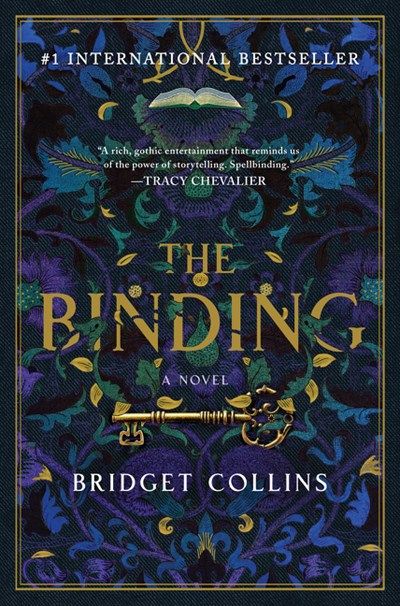 This historical fantasy features a world in which books are literal magic, and bookbinders can use them to make their lives better — or to dark ends. Emmett has always loved books, but they are forbidden to him. That is, until his dreams come true and he becomes the apprentice to a bookbinder named Seredith. Emmett is riveted by his new world, and the powers that books hold. But when he finds a book with his name on it, Emmett begins to understand the damage these books can do as his life is changed forever.

In Meg Elison’s dystopian novel, women are precious. So precious, in fact, that they’re seen and used as a commodity. But Flora refuses to participate in the gender stratification of her society; she escapes to a ship in which gender is fluid, rather than binary, and there’s a chance for a new life. But when the outside world threatens Flora’s safe haven, will she fight to save others or choose to protect her little family? 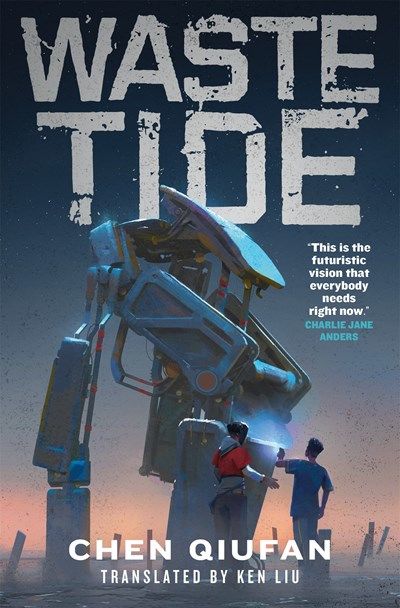 A book about electronics recycling? It may not seem super exciting on its face, but this novel (translated by the amazing Ken Liu) takes place in a future in which an island off the coast of China is covered in electronics, and a character named Mimi works the piles of garbage. Little does she know she’s at the crosshairs of a coming war between the powerful who control the lives of these workers; the question is whether they will be able to rise up and change their fates once and for all.