We're back with yet another edition of our FANGRRLS Romance series, where your resident readers of the romance genre (it us) break down some of the books we're looking forward to this month, as well as the slightly older, occasionally non-genre titles that we're finally cracking open.

We've got 11 sci-fi and fantasy romance recs that are being released throughout the month of April, but this is by no means exhaustive. Let us know what you're planning on reading in the comments below.

Our continued friendly disclaimer: We're always on the lookout for authors with SFF romance titles to spotlight, so if you're a writer with a book coming out, let us know! You can also chat us up anytime on Twitter, either individually or via SYFY FANGRRLS using the hashtag #FangrrlsRomance. And don't forget to check out last month's releases in case you're looking to add some older titles to your TBR pile. Happy reading! 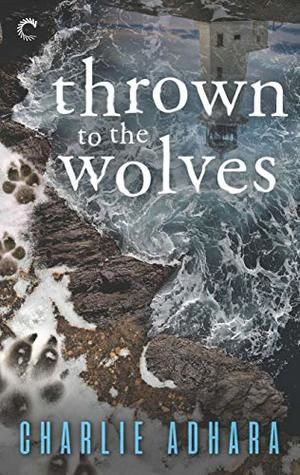 What's more awkward than meeting your boyfriend's family? Meeting your boyfriend's werewolf family who apparently had no idea you existed in the first place. Bureau of Special Investigations agent Cooper Dayton is heading into werewolf territory to accompany his BF Oliver Park to his grandfather's funeral, but as it turns out, navigating around certain pack traditions and etiquette is the least of his worries. Oliver's grandfather originally died under suspicious circumstances, and while Cooper tries to figure out if he and the man he loves are really meant for each other after all, he might also have to act to solve a murder — and prevent any more from happening, before it's too late.

Earth-born Iscendra doesn't require much in life. All she really wants to do is try to make a living off of her sketches while not getting robbed in the process, but she doesn't anticipate getting illegally drafted into the private army of arguably the worst person ever: the High Duke of Mars. And, to add further insult to injury, she's been informed she needs to stay in line for two years before she can even try to leave? At least the Duke's very handsome cousin — and conveniently, also his heir — is willing to lend a hand to help her cut her sentence short, even if that involves a bit of mild treason.

The New York Times bestselling Black Dagger Brotherhood series returns with its 17th installment(?!), and promises even more goodness along the same lines in terms of its brooding, sexy vampires and those who are fated enough to cross paths with them. In the long and winding history of the Brotherhood, only one person has ever been expelled, but as Muhrder returns on a quest for redemption to right previous wrongs, he isn't anticipating that his destiny will become intertwined with biomedical researcher and human Sarah Watkins. Can they strike out on a potential future together even while bridging the widening divide between their species? 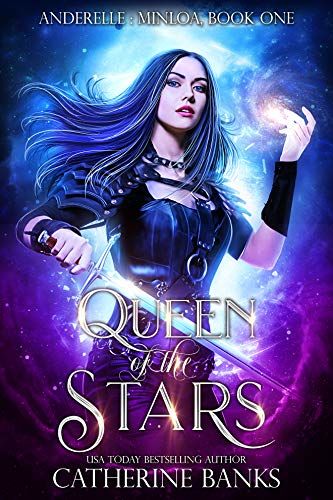 Elara can pluck the stars down from the sky — no, literally. It's why she proves such a danger to the Warlords of Minloa, from whom she elects to hide her powers in order to ensure her own safety. As she begins to uncover her past, however, she realizes she might be more important to the Seelie fae than she imagined — and she's got to deal with invaders from another universe demanding that she give them back their star, because we love an action-packed fantasy romance heroine who has to multi-task, amirite? 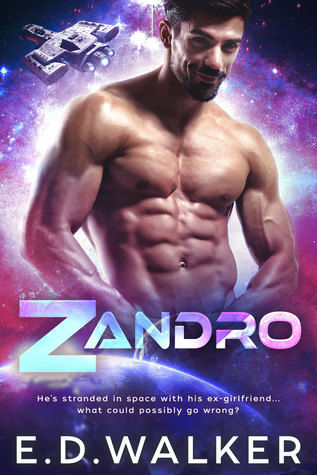 Two exes forced to work together in a dire set of circumstances? Don't mind if we do. The titular hero, Zandro, is still mourning what could have been between him and his love, space captain Aliette — but his animal rescue work lands them together when Zandro's forced to transport two alien kittens with mysterious origins (and dangerous pheromonic qualities) and needs a ship to get him to where he has to go. Oh, and did we mention they've got a local drug cartel hot on their tail, eager to steal their precious cargo? 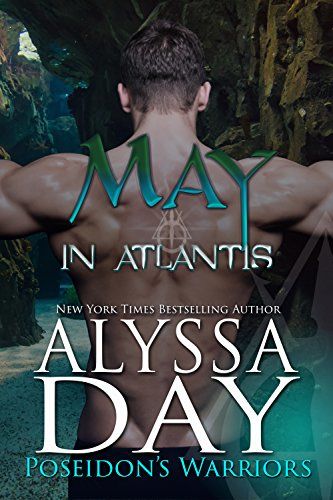 May in Atlantis - Alyssa Day (April 9)

We love a good romance with strong mythological leanings, and this series from New York Times bestselling author Alyssa Day promises 12 all-new installments in her latest, the Poseidon's Warriors series. When the fierce warriors in service of the sea god assemble to train the next generation, they have no idea that the Atlantean Queen Riley has a mission of her own: to find soulmates for each of them, whether they like it or not! Have we mentioned we also adore a meddlesome matchmaking romance, too?!

This follow-up to Reisz's widely-praised erotic fantasy, The Red, promises an equally thrilling and sensual story. On the day of her college graduation, Lia's art collector parents give her the gift of a beautiful goblet decorated with roses — but, as she soon discovers, it's no ordinary cup. According to August Bowman, a friend of her parents, it's the Rose Kylix, a mythological object used in temple ceremonies dedicated to the Greek god of love, and drinking from it holds its own unique and intense magic. After learning what that means firsthand, Lia's even more reluctant to hand it over to August — but she will suggest an exchange of her own, one that tangles them up even more with each other. 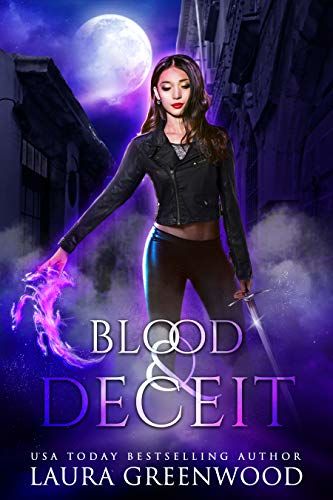 The Necromancer Council has been running the sitch around town for a long time, but they've fallen — and now, wayward necromancer Tabitha has to prioritize her own survival above all else. Unfortunately, she's not expecting the vampire who will burst into her life and lead her into a trap from which she can't free herself. Will she meet the fate of her doomed peers, or will she be able to prove herself to those who have her marked for judgment? 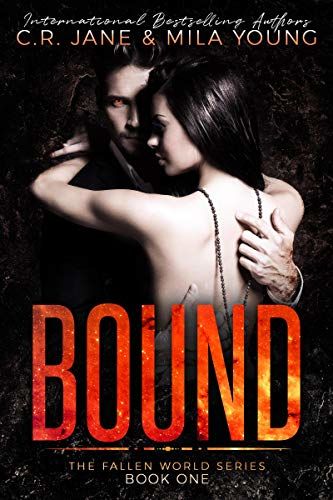 Ella Monroe's life is dictated by only one requirement: survival. Trapped on an Earth that's been taken over, she's constantly surrounded on all sides by reminders of what the Vepar have stolen from her. She's supposed to be having a fun night out on her birthday, but she can't predict what happens next when she finds herself attracting the attention of three different Vepar men. Ella may not know what the future holds, but she knows what it looks like: alluring, seductive, powerful — even if their desire to claim her might know no bounds. 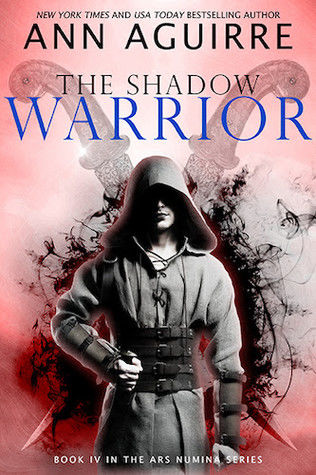 Gavriel d'Alana has lived his entire life training to become the perfect weapon, a Noxblade devoting himself in the service of Princess Thalia Talfayen. But he's grown convinced that he doesn't have much of a reason to live, given that the princess no longer has need of him — at least, not until he tangles with tiger woman Magda Versai. Magda has a reputation for keeping things super casual, but there's something about this Noxblade that just gets under her skin and vice versa. Will these two let the spark between them kindle into a flame, or will they just end up killing each other first?

V has waited for centuries to ascend as the Dragon King, thereby exercising full claim on his true destiny — but first, he has to find a way to win back his sword and retrieve his full power without giving into his ahem, naughtier desires in the process. Of course, he's almost instantly drawn to Claire, who possesses the soul of a goddess even though she's just a mere mortal. That part doesn't matter, though; he already knows she's The One. What will happen when he tells her about who he really is? 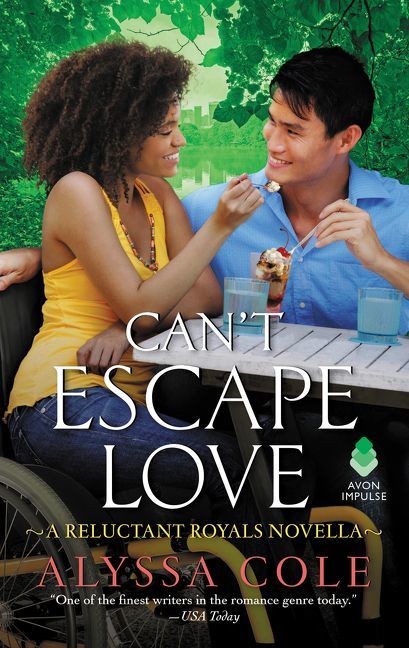 On my radar this month is Queenie by Candice-Carty Williams. Any book that comes with a comparison to Fleabag and Dear White People is an absolute must-read, and I'm excited to get my hands on this one after a few friends recommended it with much excitement. Lucy Parker is finally releasing the next book in her London Celebrities series, truly one of the best contemporary romance series right now. The Austen Playbook features more actor drama, this time centered on an Austen inspired TV Show where viewers get to choose the outcome of every scene and a snooty critic who is suddenly very taken by its leading lady. Alyssa Cole has a new novella out in her ever so addictive Reluctant Royals series. Can't Escape Love features a nerdy businesswoman and a live streamer gamer working together on a romance anime. What more could you ask for? 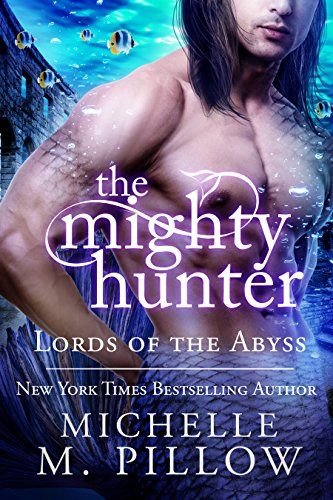 If you've been at all immersed in Romancelandia within the last couple of months, chances are you've heard at least whispers about the #CopyPasteCris scandal, which can best be explained as follows: a self-published writer was discovered to have allegedly plagiarized dozens upon dozens of passages from other published romance novels. Said writer, once called out with evidence of multiple plagiarism offenses, proceeded to blame a ghostwriter they had hired to write the books in the first place. Regardless, it sucks that someone was profiting from legitimate works that they had no business cribbing from, to begin with, so my recommendations this month are for you to go and check out all of the great, great authors whose words were stolen, among them Julia Quinn, Michelle M. Pillow, Nalini Singh, Courtney Milan, Christi Caldwell, Sarah MacLean, Tessa Dare, Lisa Kleypas, Michelle St. James, Victoria Alexander, Carmen DeSousa, and Kresley Cole.

It's a fan thing
Join SYFY Insider to get access to exclusive videos and interviews, breaking news, sweepstakes, and more!
Sign Up for Free
All Posts About
Fangrrls
Fangrrls book club
Get Rec'd
fangrrls romance
lists
romance novels
Related Stories