It’s my favorite time of year! Not because of the pumpkin spice thing but because my niche hobby of watching horror all year long (plus my darkwave music tastes) become abundant in all timelines. Luckily for us, there have been immensely creative takes on the genre. Whether it's Misha Green making strides with Lovecraft Country or the delayed but highly anticipated Candyman by Nia Dacosta, there has been no denying that the face of mainstream horror is changing.

However, independent horror has a problem with showcasing Black women in control of their own narratives. Whether it be with lack of resources or the rampant nepotism (or voyeurism) that plagues the "scene," Black women have had to figure out ways to incorporate their own experiences within their craft on their terms.

There is a perception that Black women who make independent horror films are not marketable enough or that they don't exist. Film festivals such as the now-defunct Axwound Film Festival (created by Hannah Forman and curated by horror archivist and film producer Ashlee Blackwell) were the ground zero of promoting and providing visibility to Black women and women of color in the independent horror universe. It was there that I discovered and met some of these ferocious talents and witnessed their genius on screen.

That being said, here are my top 5 horror shorts that have seen some heavy rotation on my screen. Some are old and some are new, but all are worthy of your praise, time, and scares. Happy Haunting!

This has to be one of my favorite films about cultural appropriation and gentrification this past decade. Set in modern-day Brooklyn, two young Black women are attacked by white women wanting to steal their culture. The film touches upon numerous intercultural issues (such as Black male patriarchy, misogynoir, etc) as well as hot takes on gentrification and the erasure of Black culture at the hands of culture vultures. Content warning for racially charged language. You can view this film via HBO or Amazon Prime.

"Fat Henry is quote 'One of my darker stories,'" England Simpson admitted. Fatphobia, fetishization, trauma, and suicide are amongst the social ills discussed in this intense horror short. Jada (played by England Simpson) is an out-of-work actress who has had a rough time finding work. She self-medicates and isolates herself until she finds a cryptic online ad. As it turns out, she is only "needed" to satisfy the cis, white male gaze which is depicted as perverse and masochistic. Content warning for drug use, misogynoir, gore. You can follow England Simpson for release dates here.

Jade is a young Black woman who has been living reclusively in her NYC apartment for an entire year. While this is the norm for many of us now, this film doesn’t involve a pandemic. Jade suffers from OCD and germophobia caused by her recent brush with death from an unknown illness. Mental health has always been a tricky subject matter within horror because of its propensity to "vilify" the sufferer. Robin manages to create a world where you can begin to empathize with Jade instead of being repelled by her. Content warning for light gore, trauma. You can view this film via Vimeo.

Charmaine is a young woman who has just experienced the death of her father. Being the only man in her life, she finds the chance to create the perfect man for herself — by using rootwork. This film tackles the existence of patriarchy and the damning effects of following traditional, "feminine" roles as Black women in the South. Extra spooky and beautifully shot, Bree Newsome is quite possibly one of my favorite directors, ever. Content warning for perceived sexual violence. You can watch via Vimeo. 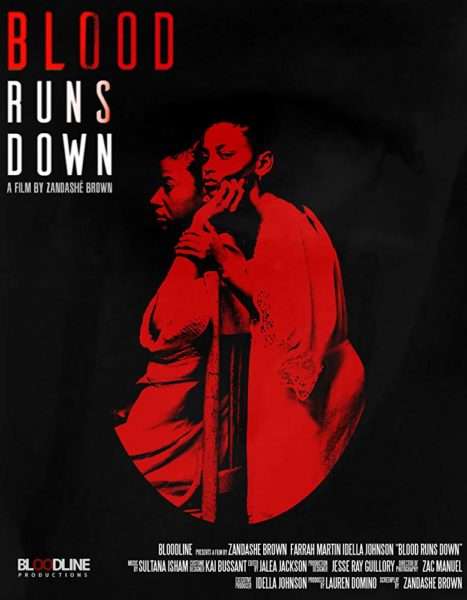 In this stunning short, a young girl has to make the decision to save her mother's relapse into intergenerational trauma or free herself from the lineage of demonic repercussions. The score is haunting and the premise of Black motherhood as a source of pain, generational curses, and toxic traditional patterns culminates into a twist not expected by the viewer. Content warning for childhood trauma. You can view it via Vimeo.

It's a fan thing
Join SYFY Insider to get access to exclusive videos and interviews, breaking news, sweepstakes, and more!
Sign Up for Free
All Posts About
Fangrrls
Movies
Horror
ScreamGRRLS
lists
You May Also Like
Recommended by Zergnet
Latest on SYFY WIRE