52 thoughts we had while watching Twister

It feels kind of weird to think of a disaster movie as comforting; however, if you asked me about the movie Twister, that would be my response. Its comfort has nothing to do with adverse weather bringing an estranged husband and wife back together.

When I was going up, my family would often go to the movie together; this included extended family, like my grandparents, aunts, and uncles. I enjoyed those outings tremendously and always looked forward to them. Twister happens to be one of the movies we all saw together — we also experienced the ride together at Universal Studios. So it's a disaster movie that happens to be near and dear to my heart thanks to all of the great memories I have associated with it.

While social distancing, I recently had the urge to watch Twister because I find it so soothing, and, this should go without saying, extremely entertaining.

1. The movie hasn't even started, and I'm already thinking about flying cows.

2. RIP Bill Paxton. Also, RIP Philip Seymour Hoffman. He had some of the best quotes in Twister. 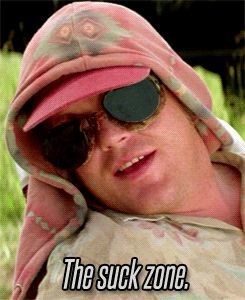 3. Nothing like some childhood trauma to really get your disaster movie going.

4. True story, I had nightmares for about a week involving Barney the Dinosaur getting sucked into a tornado in the same way as the main character's dad.

5. The romantic subplot of this movie is so much by itself.

6. Imagine having to serve your estranged spouse divorce papers right before a tornado — the urgency of it all.

7. An eight-year-old me thought Dorothy 1 was some next-level technology. I was pleased when I found out it was real and based on NOAA's Toto tool. 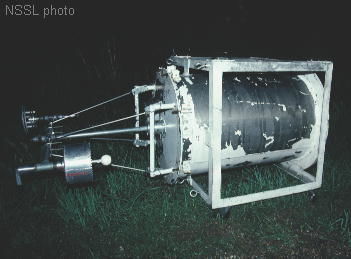 8. I remember going to the library after this movie and trying to read as many books on tornadoes as I humanly could.

9. I always wondered how Melissa, the fiancee, thought this was going to go.

10. I watched so much Mad About You because of Helen Hunt (and the fact that I didn't have cable TV in my bedroom). It was always re-airing after 10 p.m. on one of the local channels.

11. The laptops are thicker than a bowl of oatmeal. 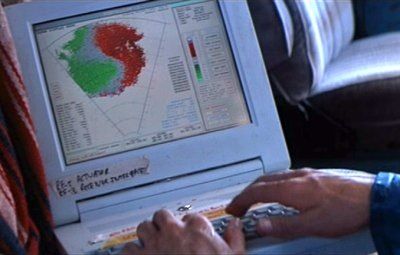 13. In all the research I did at the library after seeing this movie, I learned that they incorrectly used the Fujita scale. The scale is used to assess damage after the storm, not classify the tornado before it's done anything.

14. I enjoyed the idea of sponsored storm chasers with newer vehicles and upgraded equipment.

15. A fight between grassroots vs. corporate-sponsored storm chasers is riveting.

16. The first tornado they encountered for the day almost took them out.

17. This poor woman just wanted to get those divorce papers signed, and now she's stuck chasing tornadoes with her fiance and his estranged wife.

18. My greatest fear for two years involved getting caught on a bridge between two tornadoes. 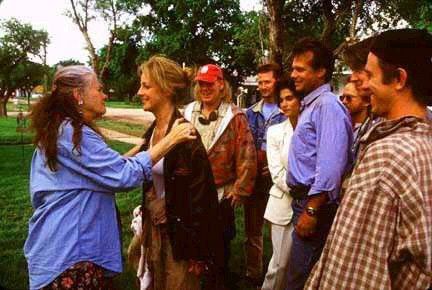 20. This brunch at Aunt Ruth's always looked like it might have been pretty good. I mean, according to Dusty, Ruth's gravy is its own food group.

22. I know during tornado season, there can be multiple tornadoes that touch down on any given day, but this has just seemed excessive. Two water tornadoes?? What in the water-bending hell?

23. Melissa could have stepped to Jo woman-to-woman but didn't bother. Good for her for not wasting the energy, since clearly this man is still in love with his estranged wife.

24. Jo was on a mission to get Dorothy 1 off the ground and to get her man back. Multitasking.

25. The way each storm chaser group is jockeying to get to the storms is like Fast and Furious with tornadoes.

27. Imagine finding out your fiance is falling back in love with his estranged wife while tornadoes touch down all around you.

28. My first exposure to the Stanley Kubrick's The Shining was by way of the drive-in movie scene in Twister.

29. By the way, the tornado hitting the drive-in theater and everyone taking cover in the auto garage was basically the ride at Universal Studios.

30. There have been no fewer than 19 tornadoes so far.

31. Decapitation by way of a hubcap sounds tragic.

32. Melissa said she was, in fact, not a ride-or-die chick, and she would not be at the motel when he returned. I love her for it.

34. I like my disaster movies to have disasters that double as therapists.

35. The way my heart dropped when they showed all the destruction to Aunt Ruth's house.

37. How did they cut those cans up so quickly? This is such a fast turnaround for the new and improved Dorothy 1 signals.

38. They've been chasing tornadoes for a full 24 hours.

39. My soul would have left my body if I saw a truck with a gasoline trailer attached to it flying around like it drank a Red Bull.

40. This Dodge Ram is getting put to the test.

41. I bet neither of them has health insurance or a will.

42. The one guy in the rival storm chasers group died horrifically.

44. I thought the scene when they drove through the house was the coolest thing ever the first time I saw it.

45. The way they jumped out, that trick sends me every time.

46. Running right into a barn full of all the sharp objects is terrible luck.

47. How are they out-running this tornado, though? 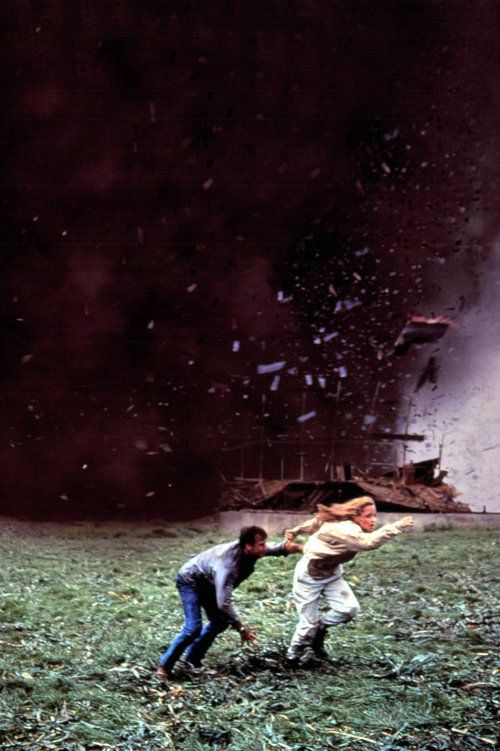 48. Jo and Bill have almost died terribly so many times.

49. Those horses got the hell outta there!

50. This belt scene is what officially saved their marriage.

51. A tornado marriage counselor is a true hero today.

52. As the credits roll, Melissa is still at that motel trying to find a rental car.