We've all got some serious time to vanquish during quarantine and, given the sheer volume of TV, movies, and the like we’ve all been consuming, are often in need of some hands-free therapy while the pandemic plays out around the globe. For one of the most immersive ways to experience what many speculative fiction fans have branded "The Literature of Ideas," look no further than the wealth of incredible audiobooks available at your fingertips.

Need an engaging distraction to whisk you away from the world's current woes where time seems to drift away into another dimension? Audiobooks have emerged as another way for publishers to deliver a more immersive experience of an author's works — and extend the life of a new release as brick-and-mortar bookstores become harder to find.

For your entertainment, here are 8 awesome sci-fi audiobooks by celebrated authors — like Max Barry, Ray Bradbury, Tom Sweterlitsch, Michael Crichton, and more — and narrated by a talented cast of voice performers to temporarily transport you off our planet for a few hours.

Slip on your headphones, sample a story, and indoctrinate yourself into its soothing sonicscape. 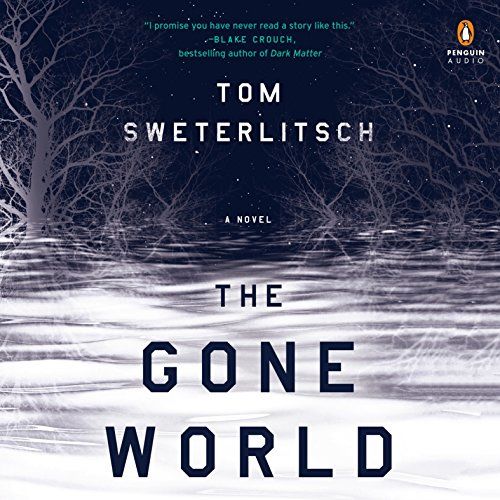 The Gone World By Tom Sweterlitsch

The Gone World is one of those rare sci-fi books that gets into your head and haunts your soul for a month after experiencing its indelible mysteries. The time-twisting plot is equal measures Inception, Silence of the Lambs, and True Detective as Special Agent Shannon Moss of the Naval Criminal Investigative Service investigates the case of a missing SEAL in 1997 who was an astronaut aboard the ill-fated spaceship USS Libra, an experimental craft thought to be lost to the currents of Deep Time. 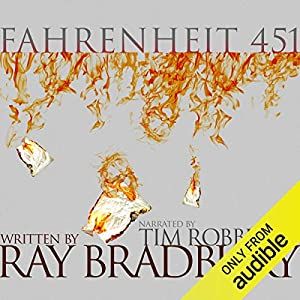 Let's go full classic with Ray Bradbury's blistering Fahrenheit 451 to add some heat to our audiobook list!  Plus this one's narrated by the great Tim Robbins. The dystopian literary masterpiece revolves around futuristic fireman Guy Montag, a conflicted government agent living in a world where television is king and books are on the edge of extinction. His duty is to start fires and burn illegal stashes of printed books, along with the structures in which they are kept hidden.

Ready Player One By Ernest Cline

For those of us who loved Cline's sci-fi fantasy Ready Player One but weren't too pleased with Steven Spielberg's Hollywood feature adaptation, there's always the source material to run home to... and the audiobook voiced by geek fan-favorite Wil Wheaton! Head into the nostalgic comfort of the OASIS, as Wade Watts escapes his overcrowded environment in the year 2044 and jacks into the infinite utopia created by genius game designer James Halliday. The billionaire maker ignites a global frenzy when he launches a virtual contest inside the OASIS with the winner awarded an incredible fortune beyond their wildest dreams. 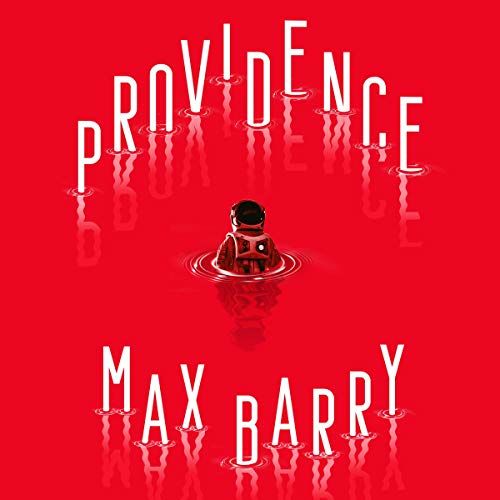 Max Barry's latest sci-fi thriller involves a massive A.I. warship named Providence Five and its crew of four specialists who embark on a hazardous mission to protect humanity from its most lethal threat ever, an emotionless alien race they've nicknamed The Salamanders.

"I find it terrifying and exhausting to listen to my own audio books," Barry tells SYFY WIRE. "It's like hearing someone else describe your children. So on the one hand, there's a temptation to react like, "No, no, that's not quite right," but also, once you get past that, a new perspective on something you thought you already knew everything about. Brittany Pressley's reading of Providence was like that for me: it's slower and more deliberate than in my head, and she reveals so many moments I didn't even realize were there."

When recently asked by SYFY WIRE what his proudest aspect of World War Z was, author Max Brooks points to this unabridged audiobook complete with a full cast including Rob Reiner, John Turturro, Henry Rollins, and Alan Alda. Prepare for this harrowing oral history of the great zombie conflicts that nearly decimated our planet by way of shuffling masses of millions of undead brain-eaters. WWZ is a true American classic that stands rotting head and splintered shoulders above the 2016 film adaptation. 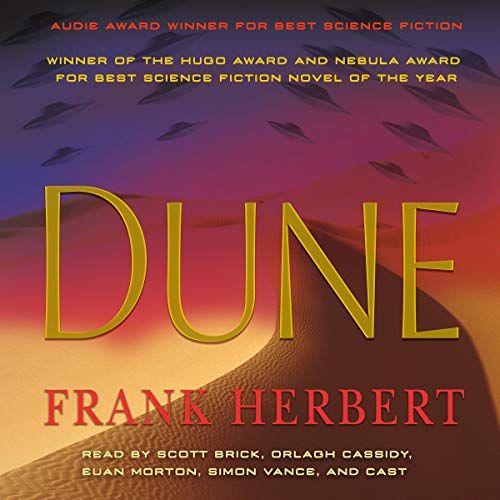 The Spice Must Flow! Frank Herbert's Dune is the unadulterated granddaddy of all science fiction novels and has been a must-read since it was first published back in 1965. Without Dune there's no Star Wars or Game of Thrones, so prime yourself for December's cinematic voyage to the desert planet of Arrakis from director Denis Villeneuve in this sprawling political space saga filled with psychotropic drugs, ruthless royalty, and really big sandworms.

Most of us are intimately familiar with the Jurassic Park and Jurassic World films but it might have been a while since you visited the original book that began it all, published 30 years ago this November. Take a wild sonic trip back to Isla Nublar and pack your pudding cup for an engaging audiobook release that perfectly captures the terror and the wonder of Crichton's cautionary sci-fi fable. 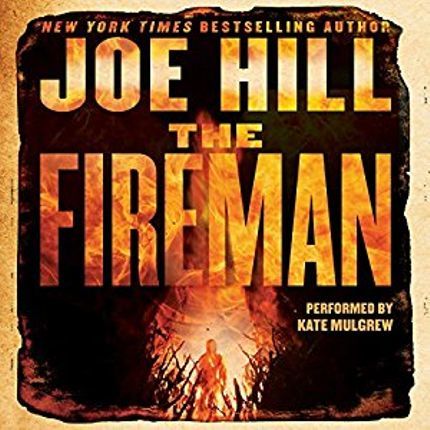 The Fireman By Joe Hill

We just had to get one Joe Hill book into this roundup and our choice is the audiobook adaptation (narrated by Star Trek: Voyager's Captain Janeway herself!) of his smokin' sci-fi horror novel, The Fireman. The plot involves a school nurse named Harper Grayson who witnesses a man become a human torch in the schoolyard and quickly realizes that it's a result of “Dragonscale,” a strange contagion that dooms persons to a horrible, fiery death. She must learn to survive and find sanctuary amid the madness as the world burns around her.

Stan Lee's co-creators on Alliances: A Trick of Light hope to turn listeners into Ditkos and Kirbys