An astronomical mystery dating back to the year when director Steven Spielberg's Close Encounters of the Third Kind was released might be one giant leap closer to being solved.

Back on August 15, 1977, SETI scientists listening in on the Big Ear radiotelescope at Ohio State University recorded an intense 72-second-long signal that was never repeated and emanated from some unknown source somewhere in our Milky Way galaxy.

The powerful cry from the direction of the Sagittarius Constellation is still believed today to be one of the most credible alien technosignatures ever captured in the entire history of the SETI organization. It was aptly named after an exclamatory note written in the official data sheet print-out by the on-duty astronomer Jerry Ehman.

According to Astronomy Magazine, amateur astronomer Alberto Caballero has just diligently tracked the signal's origin back to a candidate star that closely resembles our own Sun in a momentous find that could finally crack the heavenly mystery wide open.

Three years ago, St. Petersburg College astronomer Antonio Paris claimed to have discovered the origin point of the WOW! Signal, theorizing that it was caused by a then-uncatalogued comet now named 266P/Christensen. However, most astronomers disagreed with the findings, including Ehman himself.

Now, using detailed 3D star maps created by data obtained from the European Space Agency's Gaia space observatory, Caballero has pieced together what he believes is a likely origin point of the famous WOW! message from deep outer space. By hunting for Sun-like stars amid the thousands that have already been spotted and identified by Gaia in this same corner of the sky, one strong candidate sticks out amid the multitudes. 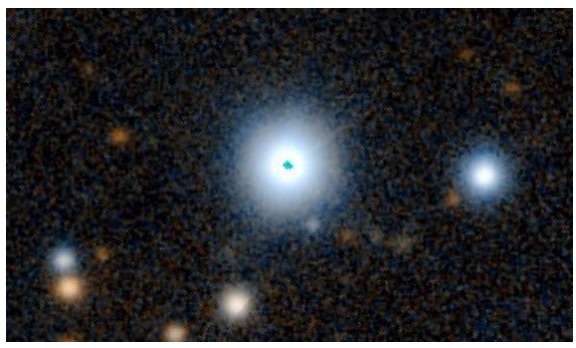 2MASS exists squarely in the constellation of Sagittarius some 1,800 light-years away and is a dead ringer for our Sun with basically identical stats when comparing temperature, radius, and luminosity. An exoplanet orbiting this twin star may or may not be the home of the WOW! Signal, as there are numerous other solar suspects still too dim to detect.

Searching for worlds transiting 2MASS is the next step in probing this 43-year-old puzzler, but future mapping data from Gaia and similar mapping missions might provide an even more precise estimate of the culprit that blasted out that rare 72-second signal. Wow!

Earplugs! NASA heard the loudest sound that ever boomed in the universe, and it’s screaming a mystery

Earth was rocked by a supernova that possibly brought on the Ice Age 2.5 million years ago

19 hours ago
See All Posts
Editor's Picks
Get Tickets